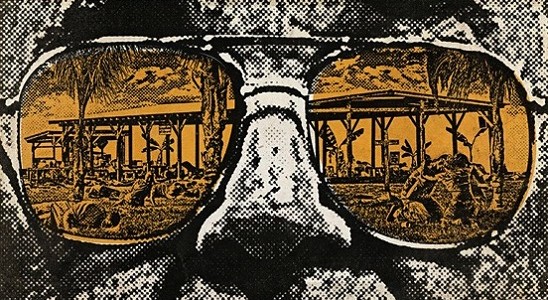 I constantly feel like the jury is still out on Ti West. Despite having directed six features (and segments of two anthologies) to this point, he never seems to quite bring together the often disparate elements he wants to include in his films. Much of this is the admirable result of ambition, as he seems to try something new with each film: a creature feature (THE ROOST), a minimalist survival thriller (TRIGGER MAN), a retro throwback to early ‘80s horror (THE HOUSE OF THE DEVIL), a cash in sequel (CABIN FEVER 2: SPRING FEVER), a haunted house story mixed with a buddy comedy (THE INNKEEPERS), and now a fake documentary about a Jonestown-like cult in THE SACRAMENT.

Leaving CABIN FEVER 2 out of the discussion (the film was heavily recut by the producers with reshoots not supervised by West, who requested his name be removed from it), the only constant from THE ROOST to THE INNKEEPERS is a sneaky sense of humor underlying the horror and endings that aren’t tonally of a piece with the rest of the film. That is what makes the unrelentingly grim tone and consistent feel from beginning to end of THE SACRAMENT such a surprise.

Patrick (Kentucker Audley) is a fashion photographer who gets a letter from his wayward sister Caroline (Amy Seimetz). From the letter, he learns that she has joined a commune in an unnamed third-world country to kick her drug addiction. She wants him to visit and he invites Sam (AJ Bowen) and Jake (Joe Swanberg), filmmakers for Vice Magazine, to go along. Sam is intrigued by Caroline’s story and wants to make a short documentary on what he imagines is a hippie community in the middle of nowhere.

When they arrive at the commune, called Eden Parish, two men meet them with automatic weapons. They are extremely unhappy that Patrick brought along two journalists. Quickly realizing the commune is more than the hippie rehab they expected, Sam and Jake are alternately excited by the story they’ve stumbled upon and frightened for their safety, while Patrick reluctantly admits that maybe Caroline—who seems perfectly happy—is better off where she is than back in civilization where she has easy access to drugs. 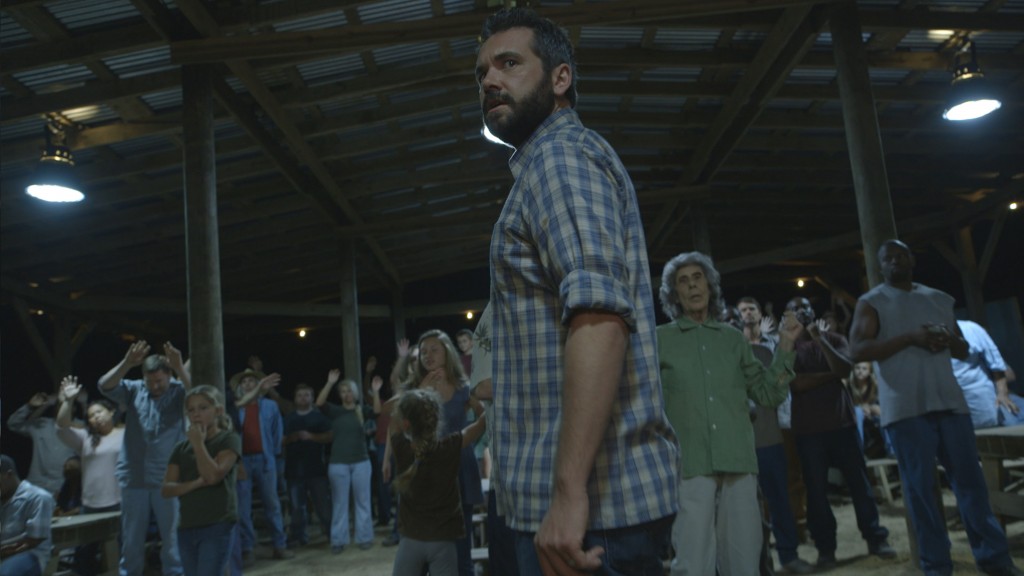 Allowed to interview some of Eden Parish’s residents, Sam and Jake get consistently similar tales of people who escaped drug and alcohol addiction, violent home lives, racism, and spiritual emptiness through the help of the Parish’s founder, a man known as “Father” (Gene Jones). Of course, the upbeat stories told to Sam and Jake are only positive if you fail to read between the lines. The residents donated all their money to build the community, left behind their families, and show a blind allegiance to Father that is zealous in nature. By the time Sam sits down for an interview with Father, it’s obvious that most of the residents are victims of an egomaniacal nutter who has led them to reject the outside world by twisting their religious faith into a fearful belief that America is going to collapse into a racist police state. One guess where the film goes in the third act.

I say only one guess, because that’s all you will need.

But West uses this sense of inevitability to very good affect. From the moment Sam, Jake, and Patrick are met at the gate to Eden Parish by men brandishing guns, the film takes on an ever-escalating feeling of unease. By the time things go very wrong in the third act, the film has been cranked up to a surprisingly high level of tension. 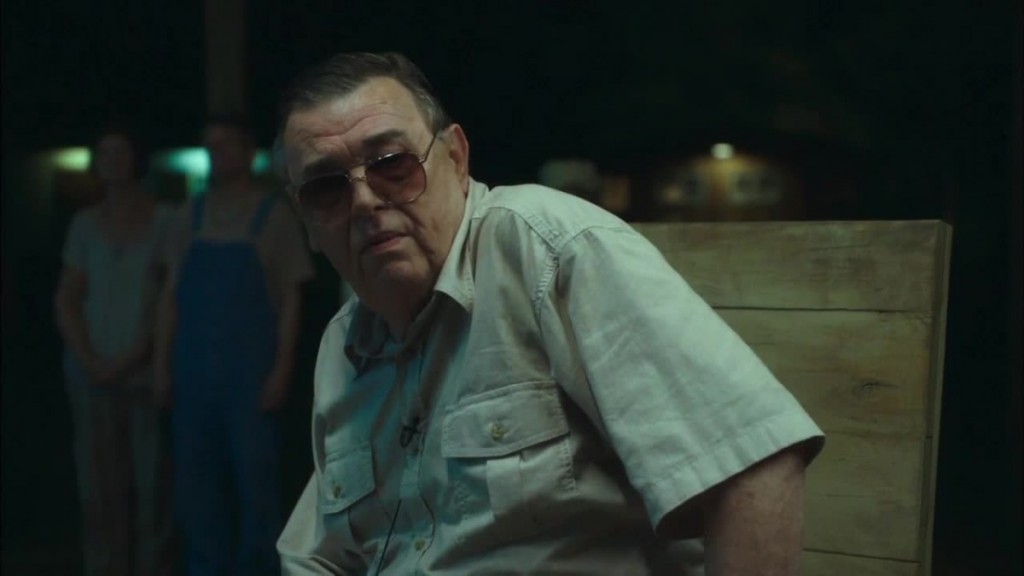 While Bowen and Swanberg do solid work as the audience surrogates, much of the credit for the sense of escalating menace goes to Seimetz and Jones. Giving Caroline’s relentless positivity a trace of manic desperation, Seimetz becomes the barometer for just how bad things are going in the story whenever she appears. By the time her last scene rolls around, all hell has broken loose in the film and her insanity is fully unleashed. At the same time, Jones achieves his tone of true madness by never fluctuating from his manner of a folksy storyteller who has gone just slightly off. By never removing his sunglasses and taking advantage of the natural downturn of his mouth, he looks just a bit like an alien visitor as he calmly informs his followers that there will be no stopping government forces from attacking and killing all of them. That these nefarious government forces only exist in his head does not matter; Father absolutely believes what he says and Jones understands this, playing his scenes with righteous conviction.

There are some moments in the film that fall flat. The attempt to give Sam an arc from cynical reporter to a man desperately trying to save a little girl trapped in the commune feels a little too neat and tidy compared to the chaos and cruelty inherent in the story being told. West also seems to have a little trouble fully committing to the idea that the documentary is made up of footage shot on the fly by the characters with some shots framed a little too perfectly.

Still, these are slight quibbles about an otherwise impressive film. THE SACRAMENT is a disturbing portrait of madness that is made more frightening by West’s refusal to pull punches. It’s an ugly story about a horrible situation and while it does not reach the giddy heights that THE HOUSE OF THE DEVIL and THE INNKEEPERS briefly touch, it is West’s most tonally consistent film, delivering what it promises, even when the audience might not want it to.