CRIMEWAVE is not a great film, but it’s an interesting and good one. Out on Blu-ray for the first time on May 14th from Shout! Factory, it gives you the chance to see some early work from Sam Raimi and the Coen Brothers who make a rare (and in Joel’s case only) screen appearance. This film is kind of a mess of influences but it’s also easy to spot Raimi’s contributions and that of the brothers, which is probably why the flick isn’t nearly as clean as it should be since each were coming off solid films (EVIL DEAD, BLOOD SIMPLE). Still, this is more than worth the coin and I am sure the special features will be cool when they’re announced. We’ll keep you updated, in the meantime dig the press release: 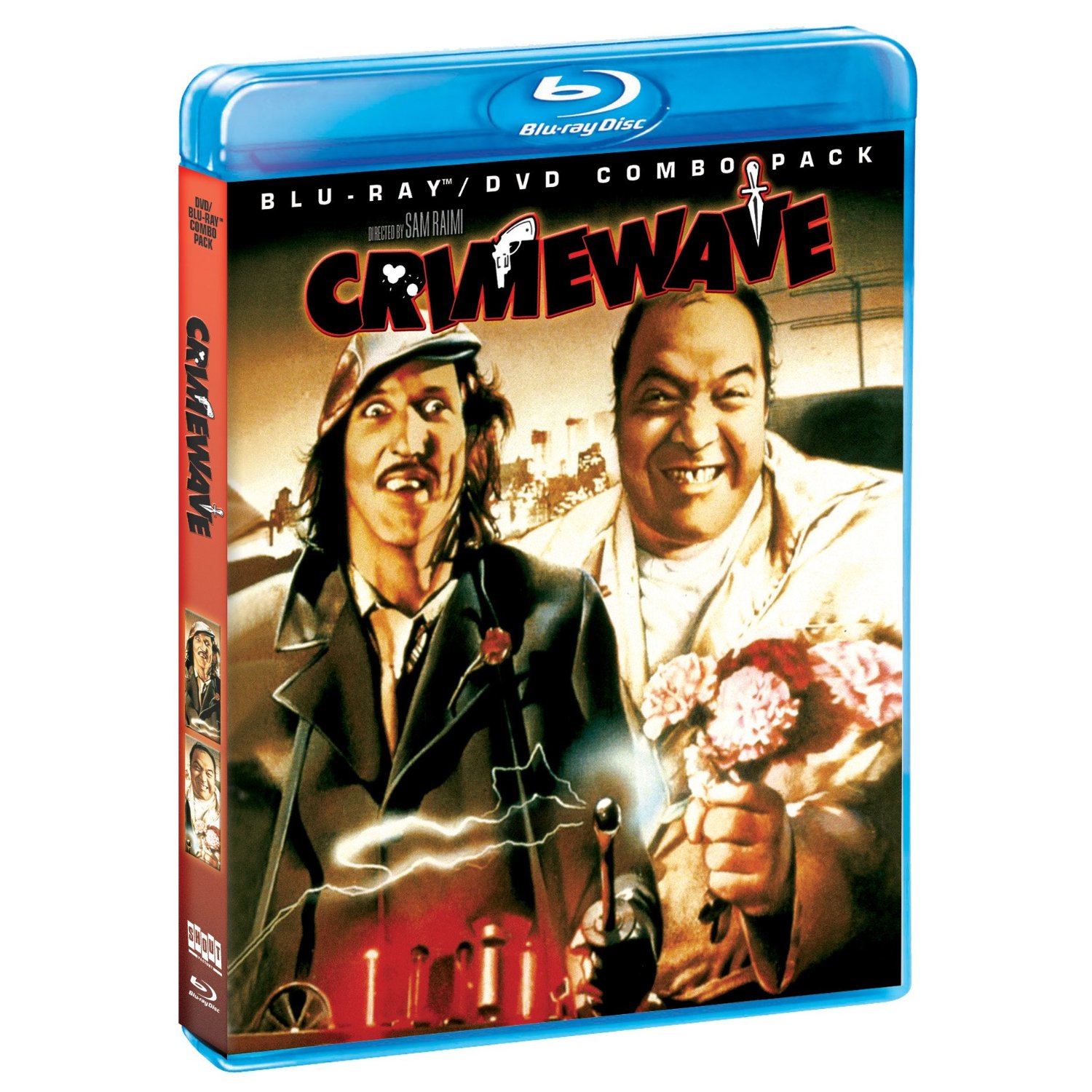 OUTRAGEOUS CULT CLASSIC FINALLY HITS HOME ENTERTAINMENT SHELVES!
OWN IT ON MAY 14, 2013 FROM SHOUT! FACTORY

Synopsis
In a nod to film noir, the head of a security systems company is bumped off by two gonzo exterminators who have gone from stomping out pesky varmints to stomping out human targets. The exterminators go after the partner who hired them and his blatantly obnoxious wife (Louise Lasser) and, in the meantime, frame a poor security guard (Reed Birney) for the murder of the company boss.