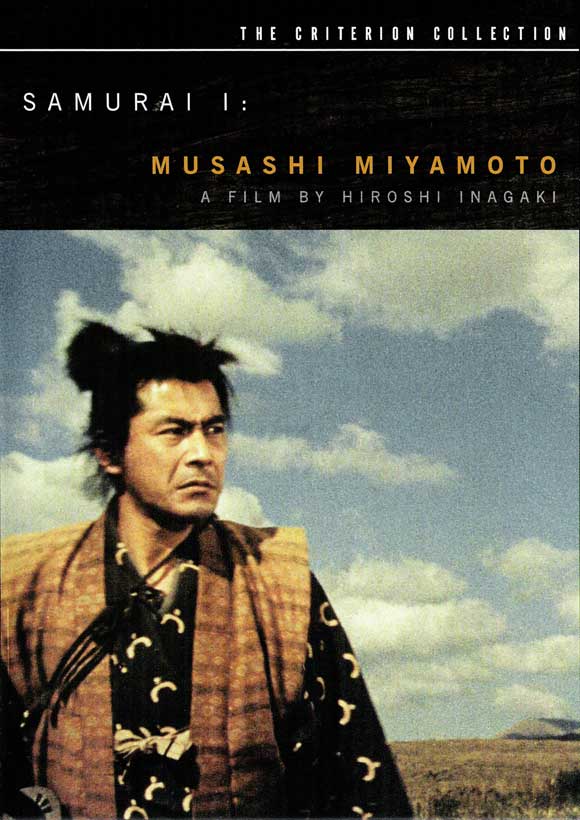 Who’s Musashi Miyamoto? He’s essentially the Japanese Pat Boone; a master swordsman and warrior who is a legend in Japanese history. Musashi wrote The Book of the Five Rings which detailed fighting tactics and philosophy; you know, the kind of book that corporate douchebags like to read as they plan hostile take-overs from the 40th floor. Anyway, the guy is a hero in the east and stories about the famed Ronin have been on-screen since the silent era but they have never been this good, this accomplished.

Directed by Toho’s Hiroshi Inagaki, well known for his epic scope, this trilogy is remarkable. Each film has a very distinct style and tone courtesy of some very astute direction and a series of remarkable performances by Toshiro Mifune who shows why he would shortly become one of the best actors the country has ever produced. In the first film, MIYAMOTO MUSASHI (1954), Mifune is like Errol Flynn in THE ADVENTURES OF ROBIN HOOD. He’s highly athletic; climbing trees, beating the baddies, and showing off some incredible sword play.