Originally created to grace the opening credits of Blake Edwards’s THE PINK PANTHER (1964), DePatie-Freleng Enterprise’s ultra cool cat was one of the more inspired animated creations to come out of the swinging sixties. Starting with the Academy Award winning THE PINK PHINK (1964), the smooth feline went on to headline his own series of theatrical cartoons throughout the next decade and a half. 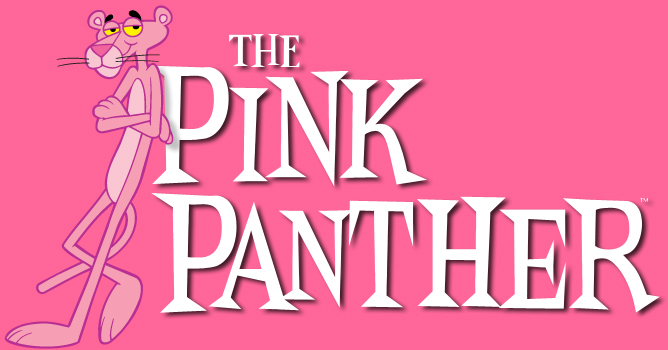 The laugh track you hear on the soundtrack for this cartoon is from the Pink Panther Show, which ran from 1969 to 1980 on both NBC and ABC. Several of the theatrical cartoons broadcast on the show made their way to DVD with laugh track intact, SUPER PINK being one of them. Not that you need a cue to laugh as the short is quite funny, with Pink playing more of a buffoon this time around. His attempts to emulate the man of steel and the resulting thrashings to a little old lady provide some big laughs. 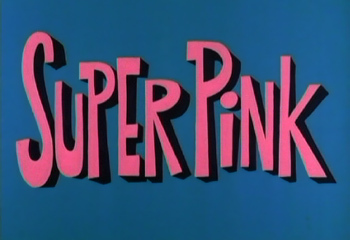 The short’s director, Hawley Pratt, had been the layout man for director Friz Freleng during their Looney Tunes days at Warner Brothers. As seen in this cartoon, he successfully picked up Freleng’s keen sense of timing as Pratt’s Pink Panther cartoons are among the cat’s best. 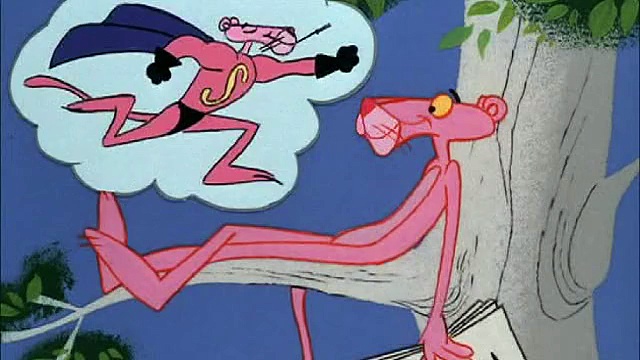