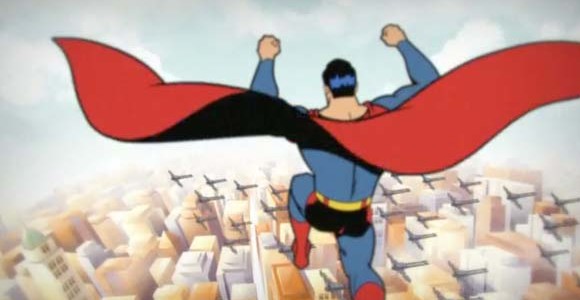 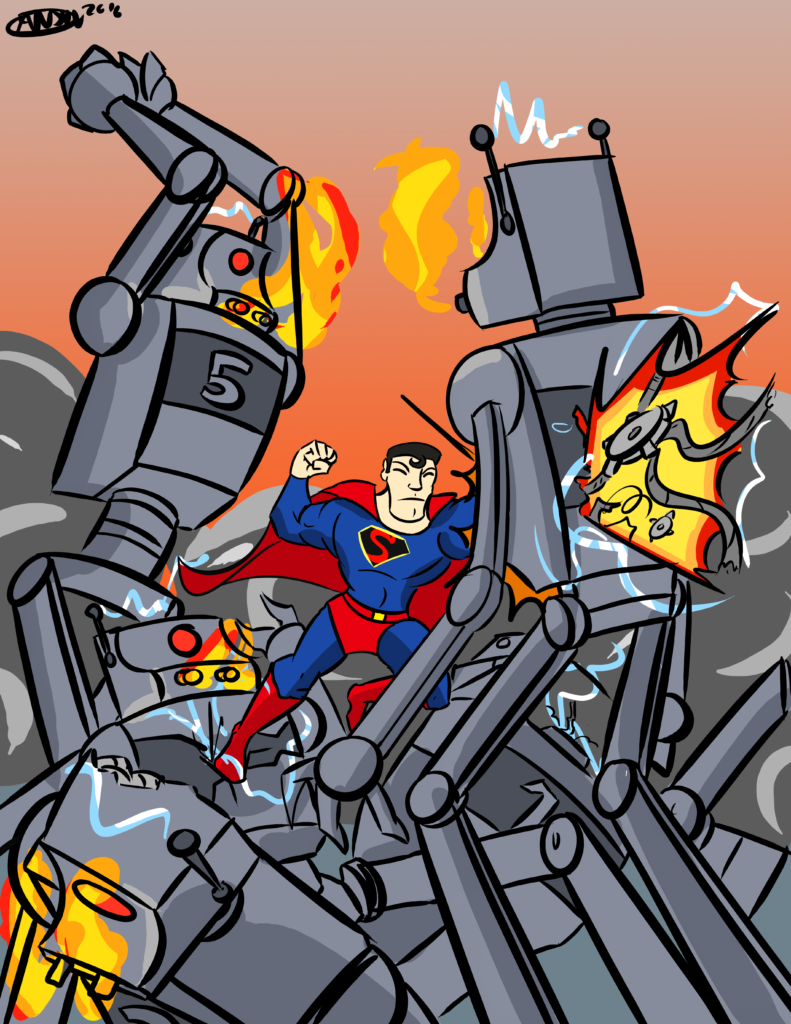 The Superman cartoons produced by Fleischer Studios in the early 1940s were among some of the most striking animated films of their time. Hugely influential, the shorts have inspired such latter-day artists as Frank Miller, Hayao Miyazaki, and Alex Ross. Produced early on in Superman’s career, the cartoons were actually responsible for creating the Man Of Steel‘s ability to fly, as the early comics only had him “super-leaping’” around from place to place. Fleischer animators found this ability difficult to continuously animate, and with permission from DC Comics, they gave Clark Kent’s alter ego the ability to soar through the air. 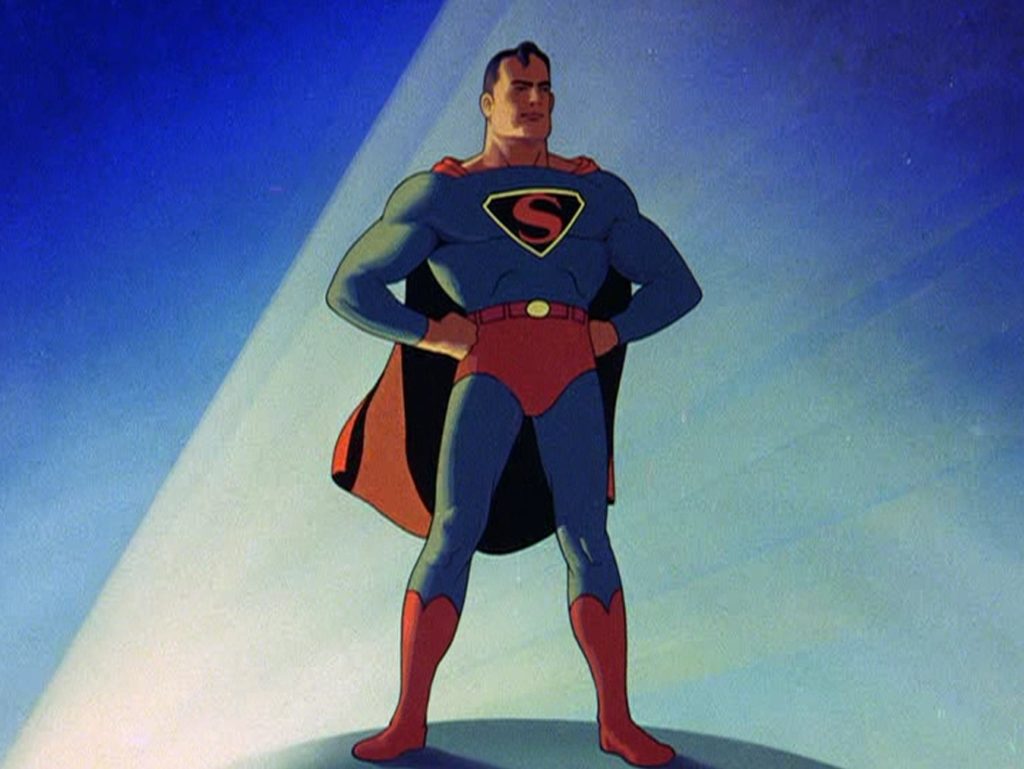 THE MECHANICAL MONSTERS is the second short in the series. In it, Superman battles with a criminal mastermind who uses a robot army to rob museums of their priceless jewels. Full of action and realistic animation, the cartoon features some incredible visuals, including a wonderful bit where a number of policemen battle a robot with Tommy Guns (this sequence inspired the 2004 film: SKY CAPTAIN AND THE WORLD OF TOMORROW). Also noteworthy is the excellent background animation in the criminal mastermind’s secret lair. 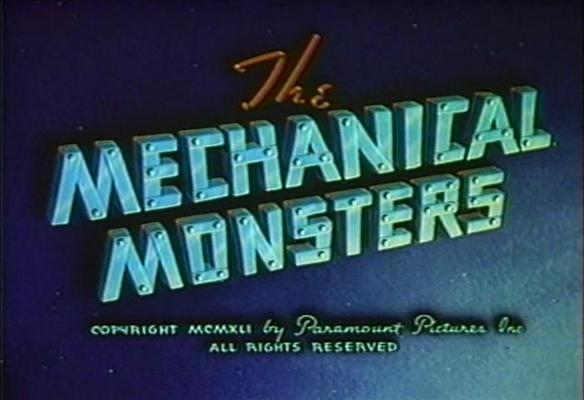 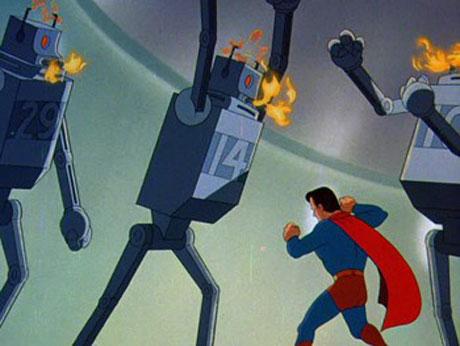 So buckle up, cartoon and comic book fans, for one of film’s greatest interpretations of a superhero. And I have to wonder; if the Fleischers had given us their take on Batman, would he be flying around today as well? 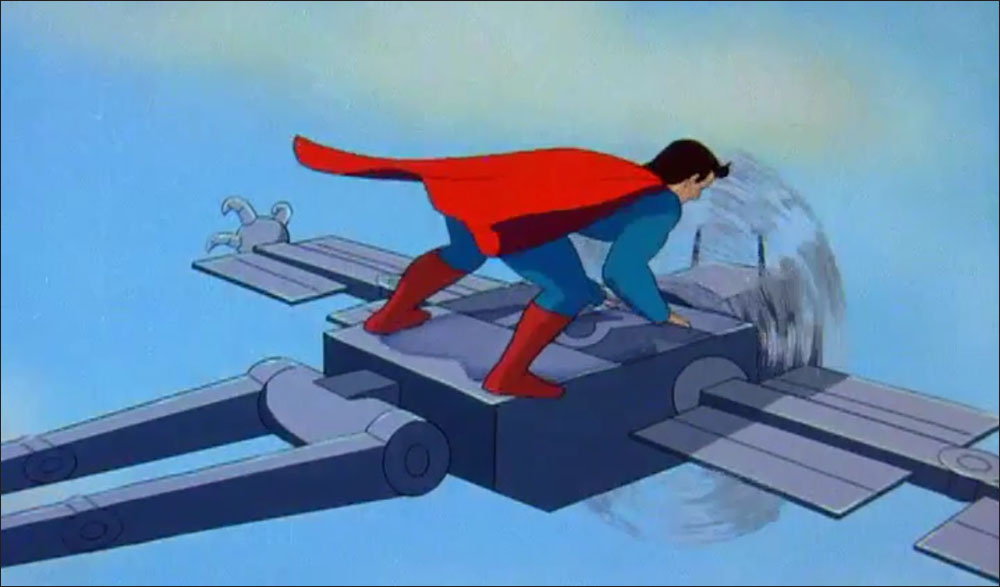 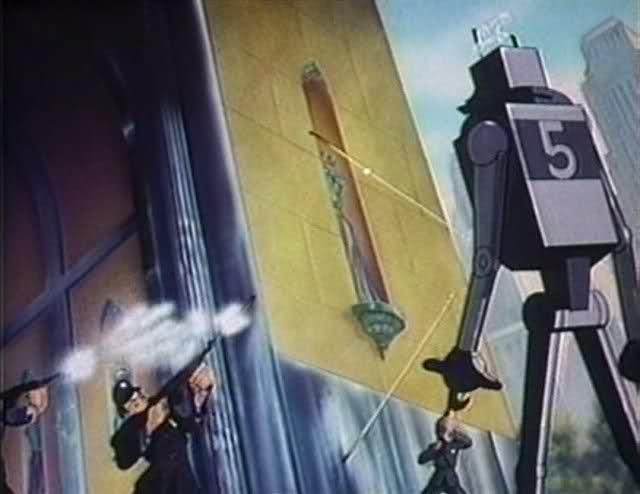