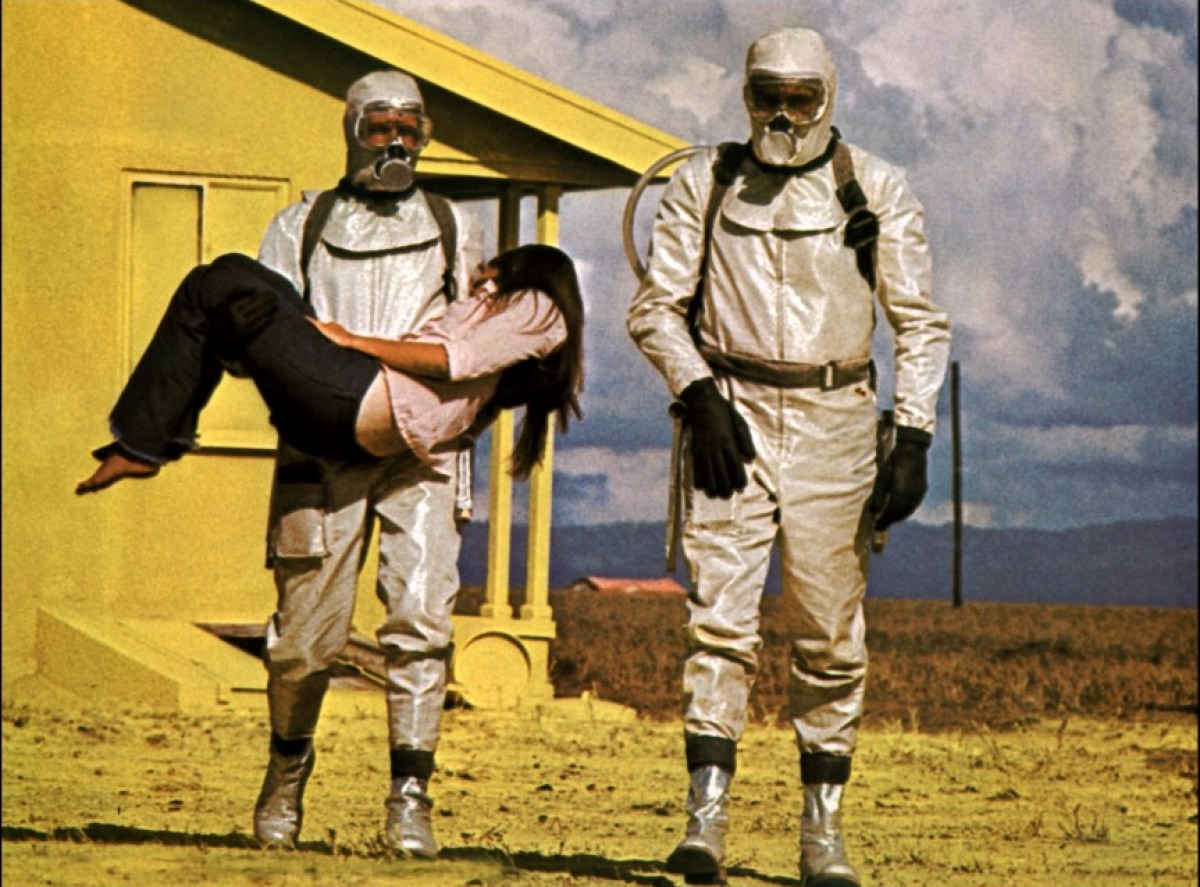 You know The Cinefamily? They’re a group of movie lovin’ geeks dedicated to bringing cool stuff to the big screen. Like us, they see the cinema as a church, a place to be respected and appreciated. This means they are constantly finding unique experiences through film including the one I read about this morning which I reacted to with “what the fuck?”

Sounds like The Cinefamily found themselves an alternate ending to the Saul Bass classic PHASE IV. Last night, after a screening of the film as part of the repertory house’s Saul Bass series, the crowd was dazzled with the new ending which was thought to be lost. For those not in the know, the film is about a couple of scientist who uncover a colony of ants that would rather kill than ruin your picnic. The acclaimed film was Bass’s directorial debut.

The Hollywood Report has a spoiler filled breakdown of the old and new ending:

“Starting with the same shots as in the theatrical version, Michael Murphy’s character James descends into the ants’ hive expecting to blow it up, ending the war with humankind’s insect adversaries. Instead, he enters a room where Kendra (Lynne Fredrick), the girl he and his partner rescued from insecticide poisoning earlier in the film, is lying in a pool of sand. She rises and approaches him, as he realizes that the ants want to join – or merge – with humanity, prompting a new evolutionary development in both species. James and Kendra find themselves running through a gauntlet of geometric structures, eventually ending up in a maze where they are tested and observed in the same way that mankind tested the insects.

In a dizzying and often disturbing montage of imagery, James and Kendra become an embodiment of all mankind as a new species is created. Emerging from their transformation, the pair gazes out onto a sunset-stained landscape, realizing that humanity has reached a new level in its evolution: “Phase IV.”

Hopefully we will see this either make the festival circuit via a new print or be included in a Blu-ray edition at some point in the future. Can’t wait to get my eyeballs on this. Be sure to check out the full article using the link at the bottom of this page.