SAVAGE had its world premiere at Fantastic Fest on Saturday, September 22, 2018.

I appreciate a well-made coming of age film. When everything clicks, the harsh truths of a young person growing up and dealing with a world where they now understand that adults are not always right and that life will kick them in the guts every chance it gets is one of the most effective character arcs in filmmaking. SAVAGE fumbles this simplest of premises with a protagonist who is impossible to feel anything for because of how genuinely aloof and dull she is portrayed while also adding an under-baked thriller plot.

Laura (Lily-Rose Depp) and her cousin (Aloïse Sauvage) are spending their summer at a campsite in rural France. The teenage duo spends their time breaking into bungalows to steal petty cash and hanging out in the nearby rec center. They flirt with boys, drink at bonfire parties, and find other ways to keep themselves entertained during the long summer days. Events perk up a little with the rumor that a panther is on the loose somewhere near the campsite and the arrival of Paul (Laurent Lafitte), a Stephen King-like novelist that Laura is a fan of. It does not take long for Laura to determine the panther rumor is a hoax created by Paul. He explains that people no longer believe in myths and the old things that used to scare us and he wants to provide that again. Laura eagerly joins him in perpetuating the hoax, but things go sideways when a boy at the camp goes missing and a hard-boiled police detective (Camille Cottin) looks at the sullen, borderline nihilistic Laura as the prime suspect. 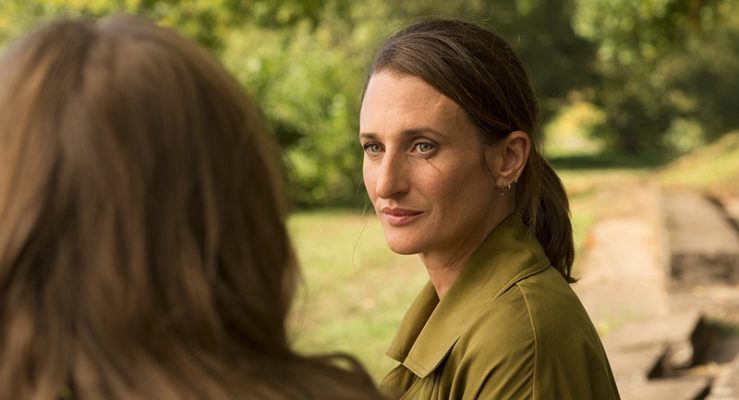 I feel that my description of the plot set up might make SAVAGE sound more exciting than it is. The early scenes of the film feel like co-writer/director Vincent Mariette is trying to capture the same languid, dreamy pace of last year’s CALL ME BY YOUR NAME, but the problem with that approach is that once the psychological thriller aspects of the plot kick in, the pace never picks up. Instead we are left with repetitive scenes of Laura and Paul faking evidence of the panther’s existence, Laura being questioned in roundabout ways by the detective that feel like the filmmakers found a lost Columbo script, and Paul and Laura increasingly looking at each other in suspicion as they both wonder if the other is responsible for the boy going missing. These three scenes are over and over again in a second and third act that moves at a snail’s pace.

If a film merits a deliberate pace, I have no problem with a director slowing events down to focus in on character beats or getting into the minutiae of a detailed plot, but SAVAGE often just feels like it is being slow for the sake of being slow. Mariette spends an inordinate amount of time just observing Laura as she reads a book or watches the other residents of the camp go about their business. Unfortunately, Depp is miscast, offering no sense of mystery or intrigue to Laura, falling back on alternating smirks and pouts that reflect nothing about what she is thinking. Laura is never shown changing in any way until an abrupt, unearned shift in tone in the final five minutes has her issuing a teary monologue into a voicemail. 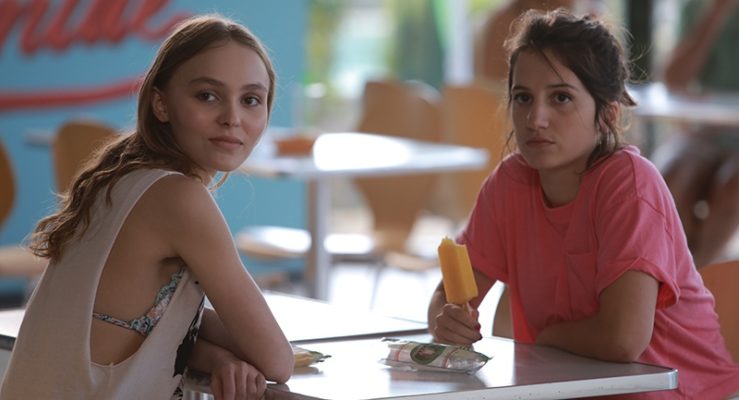 Strangely, though the film is set up to be about Laura’s journey, it feels like she is the only character who never undergoes any real change. Her out of left field third act monologue aside, she is the same character at the end of the film that she was at the beginning. On the other hand, Paul is given a decent character arc and even the police detective has a reveal to her motivation that was set up earlier in the film. It is a curious turn that the supporting characters get more satisfying growth and resolutions than the protagonist.

SAVAGE is a film that was structured to succeed either as a coming of age film or as a thriller. That Mariette tried to payoff both genres and whiffed is not surprising. Some lovely footage of rural France aside, this is a chore of a film to sit through.