“What’s it about?” is just about the first question anyone will ask when confronted by a new movie. This is often a misguided way of understanding the true intentions of a movie – FERNGULLY and AVATAR are essentially the same movie, but you wouldn’t watch one as a substitute for the other. Describing the overarching plot of a movie in an easy-to-capsule format is one thing, trying to get across the actual components of how the movie is told, a significantly more accurate way of selling someone on the experience of watching it, is something else entirely.

It’s easy to determine what SAVING GRACE B. JONES is “about.” Completed in 2009 and finally finding a DVD release now, GRACE marks the directorial debut of “Hawaiian Eye” sex symbol Connie Stevens, who decided to make the unique (and admirable) decision of becoming a director in her 70s. Stevens herself narrates the film, based on her own experiences in a small Missouri town, in which she stayed with a family whose patriarch’s sister comes to live with them after spending 17 years in an asylum. The film is, then, “about” the brief time in which the disturbed Grace, played excellently by Tatum O’Neal, stays with her brother’s family, as her psychological condition and the flooding of the area begin to have negative effects on everyone around them. 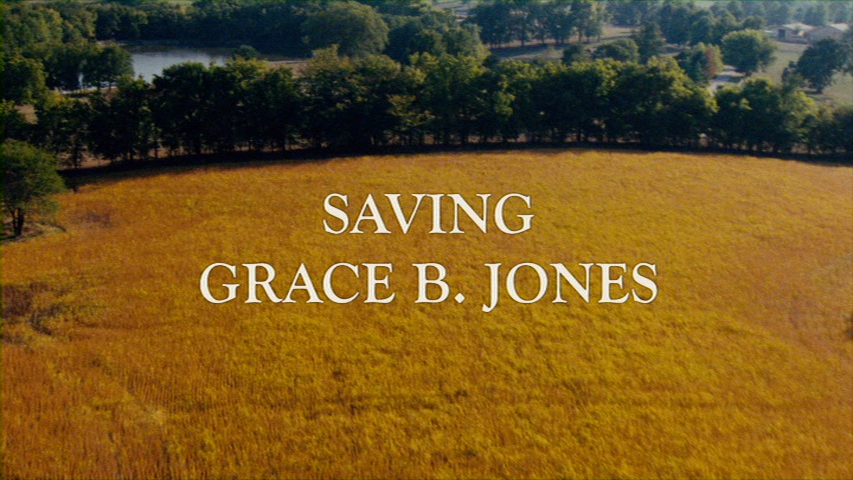 But in terms of storytelling, it’s not that simple. Stevens’ narration sets up the story to be told from the viewpoint of her thinly-veiled 10-year-old self Carrie Staley (Rylee Fansler), who’s sent to the small town after witnessing a street murder from the bus in the big city. The story is also told from the point of view of Grace’s brother Landy (Michael Biehn), who cares for Carrie as a second daughter and who tries his best to protect his family, including the psychologically damaged Grace. It’s also told from the point of view of Grace herself, from whom we see and hear indications that suggest that she has undiagnosed schizophrenia that has never been treated in the long time she’s spent locked up. As a result, we get a number of divergent themes that make GRACE “about” a whole lot of stuff, but none of it really quite connects.

It’s a shame, too, as it sports some truly great performances by actors that haven’t gotten much of a chance to play truly emotional roles. O’Neal’s performance as Grace is outright fantastic – an awkward creature at times both frightening and frightened, a woman whose behavior makes her sympathetic, but someone you want to keep your distance from. She attempts normalcy but is frequently overcome with panic attacks that result in her thinking that her ex-fiancée’s new child is hers, and that those around her are constantly threatening her well-being. It’s a brilliant performance, one that’s as frustrating as it is compelling, and one that lends a note of genuine tragedy to the film’s climax in what would have normally been a rudimentary thriller. 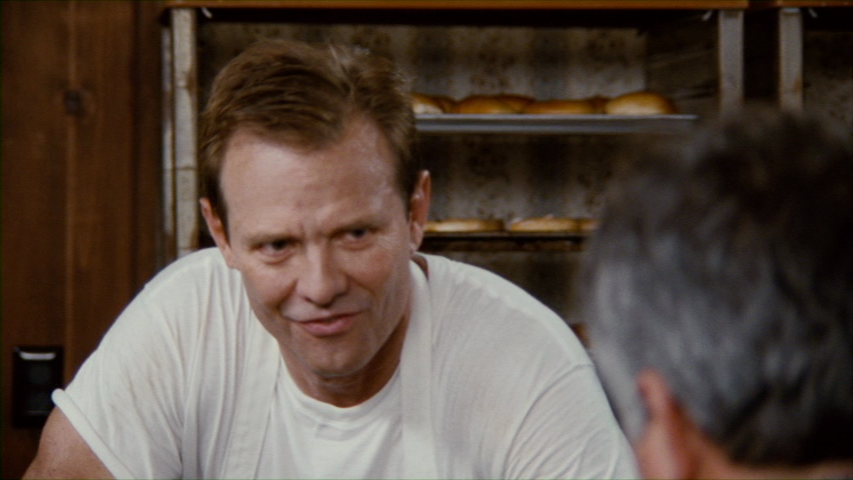 Also given a chance to shine is the underrated Michael Biehn, in rare form as the man who desperately tries to reconcile the sister he once knew with the woman she’s become since her breakdown, and the imposition her presence puts on her family. It’s a tough role, and one that isn’t really given the strong dialogue or screen time it deserves, but Biehn takes advantage of every moment he has. Penelope Ann Miller, as his wife, is fine as well, as are Scott Wilson and Piper Laurie in minor roles.

If only GRACE had spent more time with them. The chunks of the film devoted to Carrie having a child’s eye-view of the events don’t really add to anything, and instead feel like the clunkiest coming of age story imaginable. The younger girls in the film never acquire distinct personalities and, despite scenes involving school dances and conflicts with a local Baptist church, the child actors aren’t strong enough to pull off a MY LIFE AS A DOG-level tale of youth on the verge of discovering the world. Not only does GRACE require a Kiernan Shipka-level talent to pull off a tale of youth that ends up as bleakly as GRACE does, but you need to spend time with the kids as well – Carrie never seems like more than a random observer, and the story that begins with her being confronted by the crime of the big city never connects at all with the countryside drama that encompasses the remainder of the film. 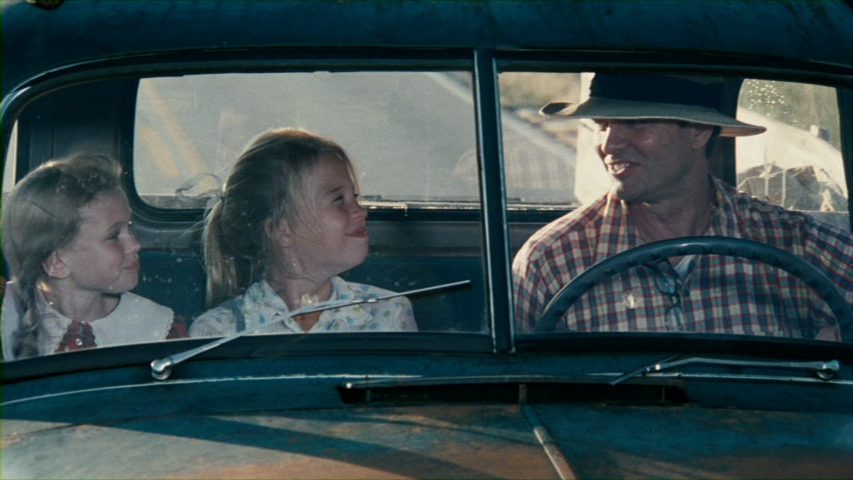 The film’s tone wanders around far too much as well. Much of the running time feels like a relatively ramshackle Hallmark Hall of Fame presentation, with upbeat music and a low-key, pleasant country vibe. Even Grace’s arrival doesn’t seem to suggest more than a rudimentary dramatic twist, but by the films’ end, it’s veered into full thriller territory, as a flood threatens the town and Grace begins threatening some of the townsfolk. It’s an ending that honestly would have worked had there been any sort of buildup, but the bland nature of the rest of the film makes it feel wildly out of place.

Connie Stevens certainly gets some great performances out of her cast, but the memories she’s attempting to convey never quite translate to the screen. SAVING GRACE B. JONES is a sadly muddled mess that never comes close to settling on what type of film it’s supposed to be, and more importantly, what it’s supposed to be about, other than a retelling of some vaguely remembered people in Stevens’ past that apparently had some kind of effect on her. (What that effect was is anyone’s guess.) Tatum O’Neal gets a chance to shine, but GRACE keeps even her performance from reaching its full shimmer.