Her most notable cinematic escapades were the CANDY films, the first two of which have recently been issued by Vinegar Syndrome as a double-bill, and both certainly show Connors off to her best capacity. Both 1978’s THE EROTIC ADVENTURES OF CANDY and 1979’s CANDY GOES TO HOLLYWOOD are among the most goofily charming of the era’s hardcore pics, a quality that may have been due to the input of writer/director Gail Palmer, one of the few female directors working in the business at the time. They’re light, fluffy, and thoroughly entertaining, making this a package that even those just idly curious about the era’s hardcore films should check into. 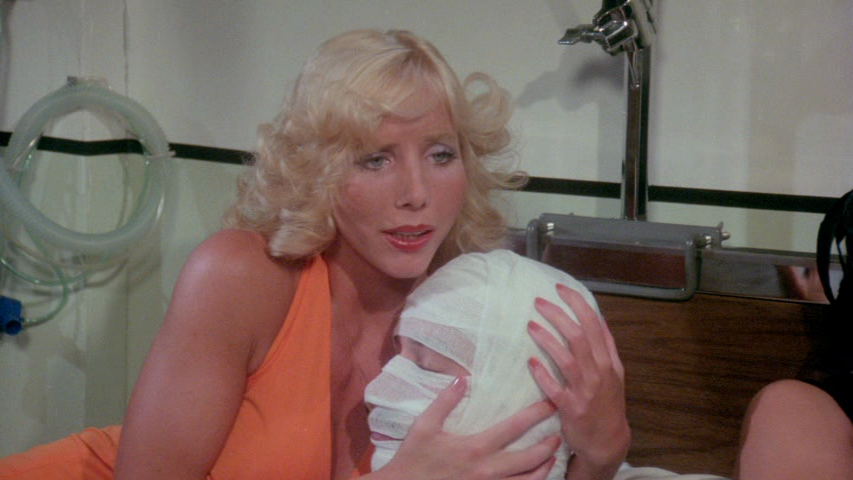 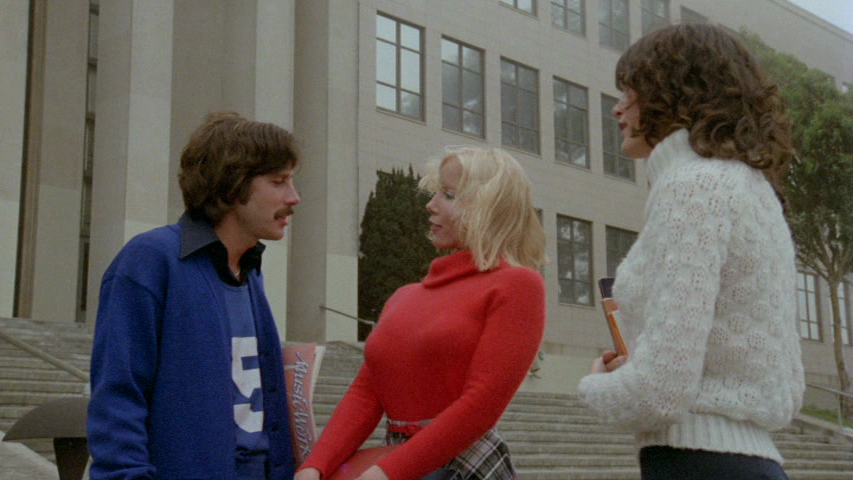 While many of Candy’s predicaments seem like a woman being taken advantage of, the film is played with such flippancy and Connors plays Candy with such a wide-eyed innocence that it’s impossible to take seriously in any way. It’s a bit like a live-action version of a “Little Annie Fanny” comic, and character names such as “Dr. Hy Kollonic” and “Buster Hymen” should give you a sense of where it’s coming from. Connor’s Candy is just a breathy-voiced joy to watch, and you do get the feeling that, as the narrator states, she is “really very clever in her own selective manner.” 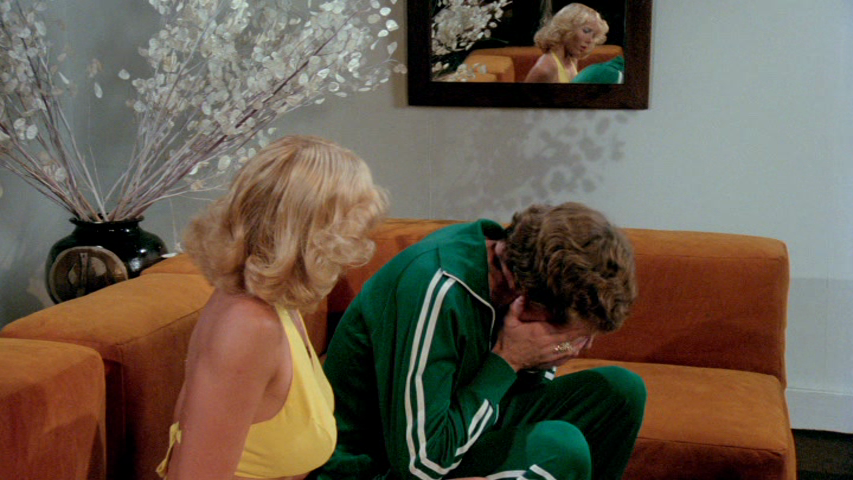 The frolics continue when CANDY GOES TO HOLLYWOOD, which takes the same goofy tone and gives it a bit more of a Mad Magazine vibe, sending out heroine into the world of Los Angeles movie stardom. Candy takes the bus to L.A. to make it big and, after the strands of a great rip-off of “Stayin’ Alive,” ends up on the corner of Hollywood and Vine, where she’s “discovered” by agent Johnny Dooropener (John Leslie), who quickly takes advantage of her “talents” by hypnotizing her into thinking his cock is an ice cream cone. Candy, being Candy, doesn’t seem to mind or notice.

Dooropener does, however, live up to his name, getting Candy a gig singing on “The Dong Show,” hosted by Chuck Bareass, following REFORM SCHOOL GIRLS’ Wendy O. Williams doing her famous ping pong ball trick! The “Gong Show” reference isn’t just random – Connors herself had been on the show as a singer before, and you’d wonder what her former judges thought of being rechristened “J.P. Organ,” “Jamie Close” and “Rex P.,” the latter played by Connors’ hubby Birch and, honestly, it’s the weakest Rex Reed impression anyone has ever done. Richard Pacheco’s Chuck Bareass, however, is a thing of beauty, with Pacheco getting Chuck Barris’s mannerisms perfectly, down to the random hand clapping! It only makes sense that Candy would take some Bareass pounding behind the curtains as the show ends. 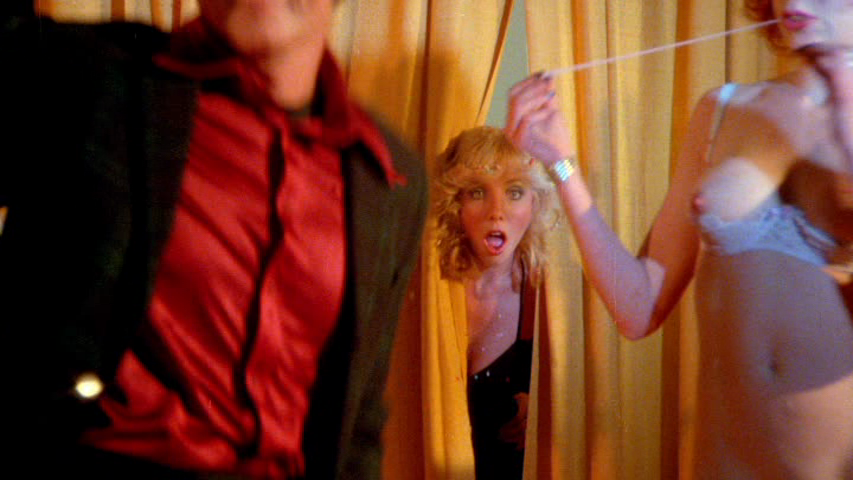 Candy’s career takes off, and she ends up with a guest spot on “Johnny Farson”’s talk show, featuring “Ed the Mann” and “Doc Reverenson.” On her way there, she experiences some Sapphic thrills while hitchhiking, and when she finally arrives, she finds that Johnny has additional plans! Needless to say, Candy is all for it, even if it delays the show and ends up with her getting bumped for another guest.

More escapades include Candy’s dealing with a studio executive that promises her a good role – though she’s shocked that she’d have to do a nude scene! It all, of course, ends in a big orgy, with celebrity impersonators of Sylvester Stallone and Farrah Fawcett along with everyone else who’s been in the film up to this point. (Even, curiously, a suddenly heterosexual Rex P., even though “Rex Reed is gay” was the whole joke!) It ends with a promise for CANDY GOES TO WASHINGTON, though IMDb entry aside, I’m not sure if it actually exists. But heck, if the HAPPY HOOKER could go there, why couldn’t CANDY? 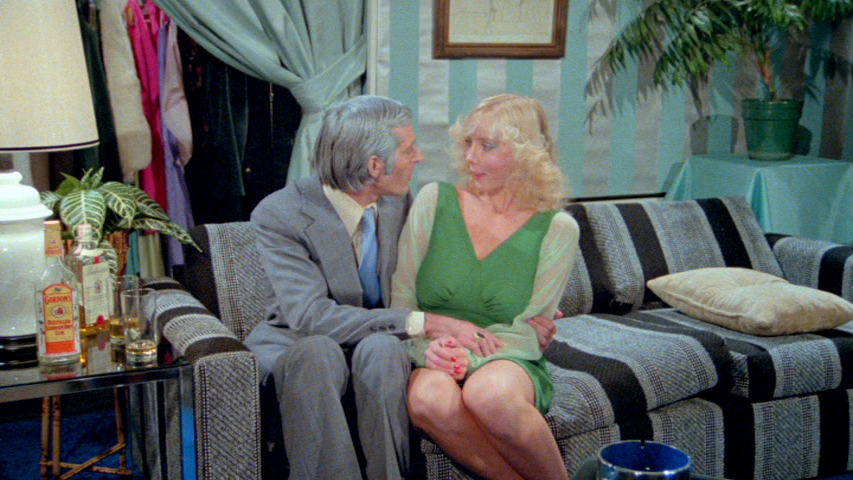 Vinegar Syndrome has done a great job with this double bill, giving them both a great hi-def restoration that makes them look better than they’ve ever looked before. Trailers for the two films are included, and while it’s a shame Connors or Palmer aren’t on hand for any sort of retrospective, the set should please anyone looking for light, bubble-headed fun from hardcore’s golden era. Gosh!