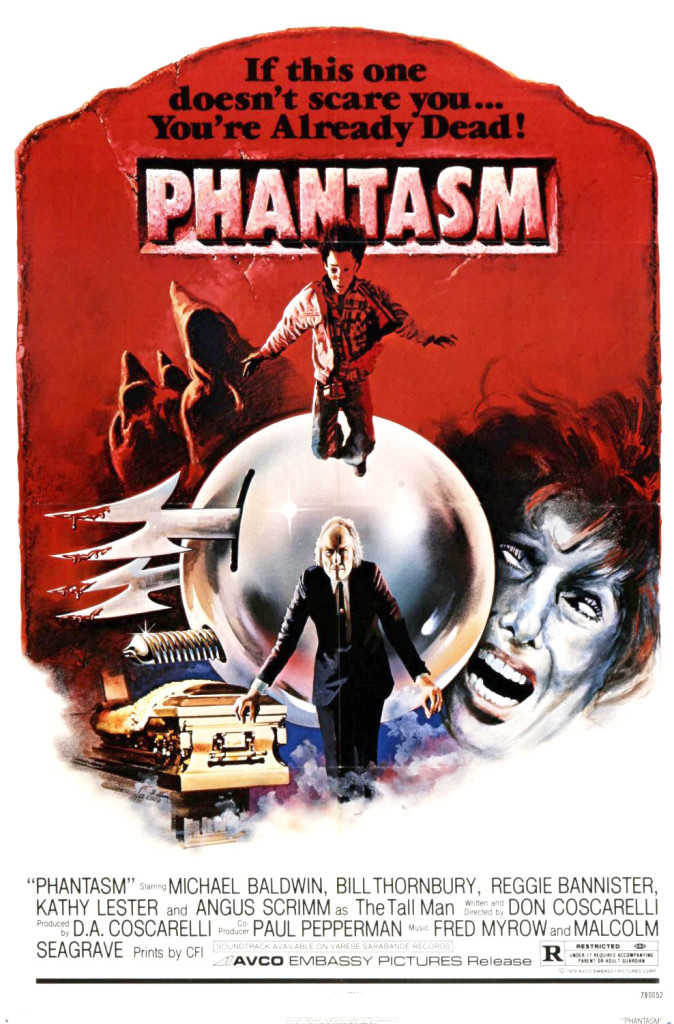 When I first saw PHANTASM, probably in 1988 around the home video release of the sequel, I thought I missed something. I loved the movie immediately, but even on subsequent viewings, I always felt like there was something I just wasn’t getting. It wasn’t until years down the road that I realized that PHANTASM isn’t a movie you watch for a linear plot and resolution, it is a dream and a nightmare committed to film.

Saturday night I had the pleasure of seeing the new 4k restoration— being released as PHANTASM: REMASTERED — as part of Flashback Weekend in Rosemont, IL. The new transfer looks wonderfully sharp and bright, but really much like other 4k remasters of recent years (FRIGHT NIGHT, GHOSTBUSTERS), PHANTASM never looked bad, particularly for a low-budget film released in 1979, in fact, it always looked pretty terrific. A lot of that is due to Don Coscarelli’s confident direction and apparently high-grade film stock. The new soundtrack is a highlight, using directional audio to hear the sentinel sphere whiz around the audience, you’ll feel like it’s going to drill you next.  The only 4k restorations I’ve seen that really made a difference was THE TEXAS CHAINSAW MASSACRE, which almost looks like a different film. While it’s great that J.J. Abrams and Bad Robot have put so much work in to preserving Coscarelli’s sci-fi horror cult-classic (including that great, era appropriate Avco Embassy logo) the real thrill of PHANTASM: REMASTERED is watching the movie on a big screen, the way it was intended, giving audiences the chance to take away more from the film than they have in years.

Watching favorite movies at home, a sort of muscle memory kicks in. It’s on your television, maybe you check your phone, take a look at the Wikipedia. You’ve seen the movie so many times, that when its over, you don’t even feel like you’ve watched it, like not remembering a drive home from work. Watching PHANTASM in a theatre, I found myself noticing the themes of abandonment and loss that I’ve missed in my countless viewings of the film, from my front room and even a few bars.

PHANTASM (apparently brought to us by Dos Equis) comes across as a southern-California take on Italian horror cinema. The characters aren’t artists and jazz pianists, but rock guitarists and ice cream men. The creepy synth soundtrack by  Fred Myrow and Malcolm Seagrave plays full blast at 11 throughout most of the film, and creepy things appear to happen without reason or much explanation. Coscarelli highlighted SUSPIRIA as one of his influences on the PHANTASM.

While it may not have been the original intent (PHANTASM was shot over three years on weekends with cast and crew coming and going) the film plays out like a dream: locations appear to be less than a walk away from each other, characters appear out of nowhere (the Pearson’s maid Myrtle,) and disappear with the same immediacy, and weird occurrences are abound. There are more than a few sequences where a character appears to be running and running but never seeming to go anywhere, a common occurrence in dreams and arguably also symbolizing Jody and Mike being stuck in a two-bit California town. Mike even ends up in quicksand at one point, which is interpreted in most dreams as signifying a lack of security or dealing with circumstances out of our control, like death. The very ‘70s look of the film probably adds to the otherworldly vibe for younger audiences discovering PHANTASM for the first time.

If one were to treat PHANTASM as a one-shot, stand-alone film, it could be argued that the entire film is in fact young Mike Pearson’s nightmare following the death of older brother Jody. Throughout the film, Jody is constantly on the verge of leaving Mike behind, locking him in his room or sending him off to hide out with friends. Mike constantly catches up with Jody, usually with one saving the other’s life from the Tall Man, his unholy army, or the silver spheres. The Tall Man is Mike’s mental manifestation of loss and abandonment after losing his parents, and the fear of losing Jody. The Tall Man and his silver sphere, while iconic, probably appears in less than ten minutes of the film’s 96-minute running time, with the real sense of dread comes from the unknown. That said, when Scrimm blows that door of the Pearson house open on his mission to take Mike away, it is a terrifying shot featuring wonderfully Italian influenced saturated blue lighting.

There is a strong sense of family throughout the film that is driven home when at the film’s end; Reggie takes over for Jody in watching after Mike. I’ve always figured that there was some sort of familial connection between the Pearsons and the Tall Man that perhaps will finally be answered in PHANTASM: RAVAGER.

This late-night showing of PHANTASM: REMASTERED included a special sneak peak of the new film (the first PHANTASM entry not directed by Coscarelli). RAVAGER seeks to tie up all the loose ends of the PHANTASM saga in an epic adventure featuring gigantic flying spheres, a four-barreled shotgun, and of course, ice-cream-man-turned-dwarf-hunter, Reggie Bannister. The scene shown seems to continue the more action/comedy tone featured in PHANTASM III: LORD OF THE DEAD while all of the low-budget CGI appears to add a certain unreal, dream-like element to what is intended to be the final film of the PHANTASM series. 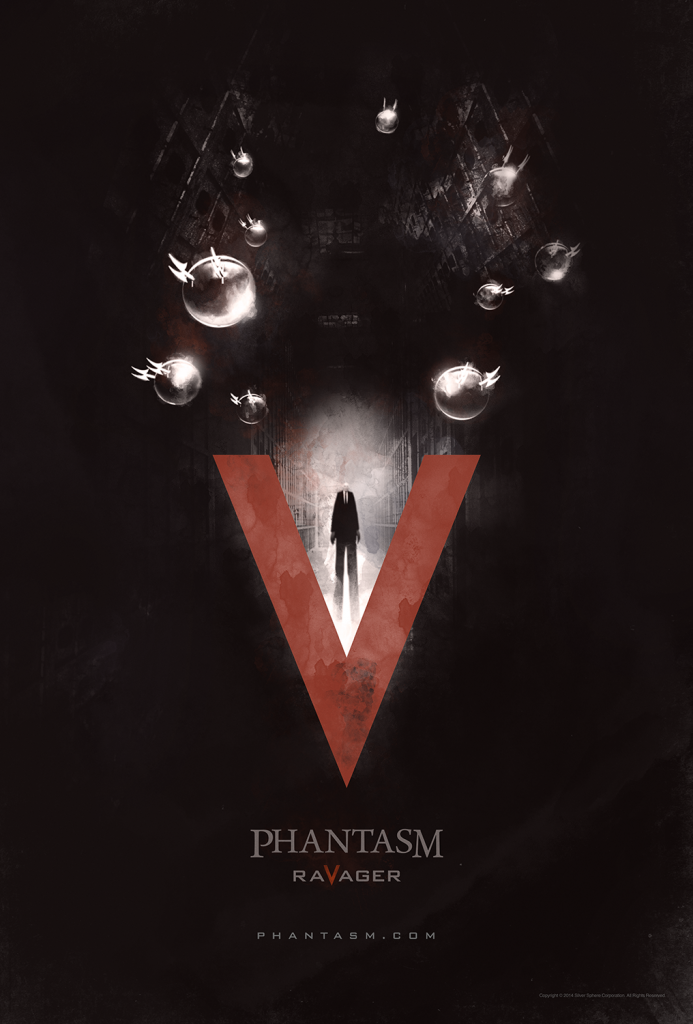