For the first time ever on Blu-ray, this definitive collector’s edition of CAT PEOPLE features anamorphic widescreen movie presentation and is packed with a bounty of special bonus content, a collectible cover featuring newly rendered retro-style artwork, a reversible wrap with original theatrical key art and more! CAT PEOPLE Collector’s Edition Blu-ray is priced to own at $29.93 SRP.

Also arriving in stores everywhere on January 21, 2014, SCREAM FACTORY invites collectors and movie aficionados to dive into the horror classic DIE MONSTER DIE (a.k.a. Monster of Terror). A film by Daniel Haller (The Dunwich Horror) and starring original “Frankenstein” Boris Karloff, Nick Adams (Invasion of Astro-Monster) and Suzan Farmer (Dracula: Prince of Darkness , 1966), this entertaining, quirky cinema classic is a loose adaptation of H.P. Lovecraft’s short story The Colour Out of Space. The Blu-ray is priced to own at $19.97 SRP.

***Avid fans and collectors please take note: those who order CAT PEOPLE Collector’s Edition Blu-ray from ScreamfactoryDVD.com will receive the exclusive 18”x24” poster featuring the newly commissioned artwork! These are only available while supplies last.*** 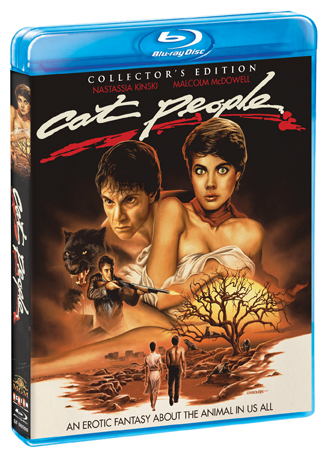 CAT PEOPLE COLLECTOR’S EDITION BLU-RAY
A remake of the 1942 Jacques Tourneur horror/noir classic, CAT PEOPLE stars Nastassja Kinski as Irena, a beautiful young woman who discovers love for the first time only to find that the experience brings tragic consequences. The tremendous passion of this girl’s first romantic love is so strong, however, it bypasses the chaos around her – including the extraordinary demands of her brother (Malcolm McDowell) – as it pushes her on to her own bizarre destiny. Written and Directed by Paul Schrader , this erotic fantasy about the passion and terror surrounding this first love also stars John Heard, Annette O’Toole, Ruby Dee and Lynn Lowry. 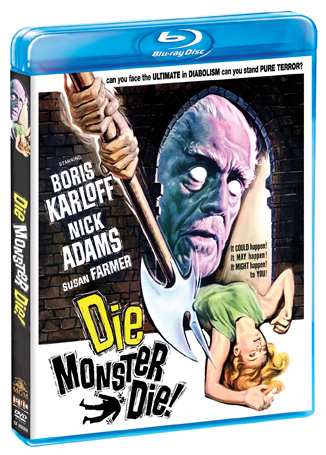 DIE MONSTER DIE BLU-RAY
Boris Karloff, the greatest horror star of all time, takes center stage in this “menagerie of horrors” (Motion Picture Daily) that “spins out shock after shock” (Boxoffice). Like a deadly potion bubbling with eerie mansions, secret experiments and a warning never to look in the basement, this is “pure haunted-house hokum all the way” (Los Angeles Times)!

An English scientist entertains a young American visitor, serving up tea, terror and a beautiful daughter – who is soon torn between her father’s evil ways and her need to protect the man she loves from a diabolical end.