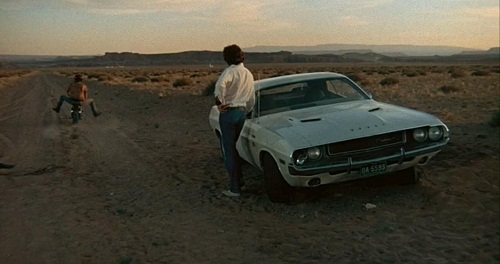 1971’s VANISHING POINT is a true cult classic: A uniquely cool, existential car-chase movie from the 1970s, back in the days when an obviously Jewish guy could be the star in something other than a comedy. (Fuck a Woody Allen.) The man is named Kowalski. He is played, with maximum minimum cool, by Barry Newman. And he has a job. Kowalski needs to drive from Colorado to San Fran in under fifteen hours if he wants to meet a bet. Speed limits are to be damned. You might recognize Barry Newman as Peter Fonda’s cool-as-cash enforcer from 1999’s THE LIMEY. You’ll definitely recognize the car he drives. Quentin Tarantino used a very similar model in DEATH PROOF. This is a touchstone film for many great filmmakers. Forwards-and-backwards global thinkers like Tarantino, Steven Soderbergh, Steven Spielberg, and, I’m willing to bet, Paul Thomas Anderson, have all used it as a renewable resource. 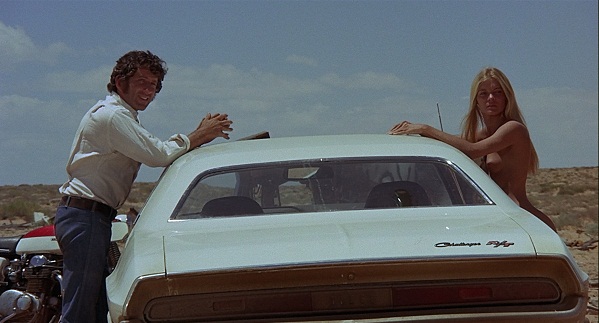 Cleavon Little (best known for BLAZING SADDLES) is in there too, as Super Soul, a blind radio DJ who serves as the film’s Greek chorus. 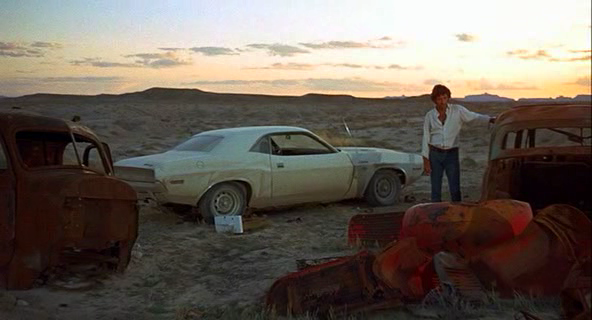 The cinematography is by John Alonzo, who also shot HAROLD & MAUDE, CHINATOWN, and SCARFACE, and so it beautifully captures the southwestern American highways and serves as a deceptively profound snapshot of an uncertain era in this country’s history. 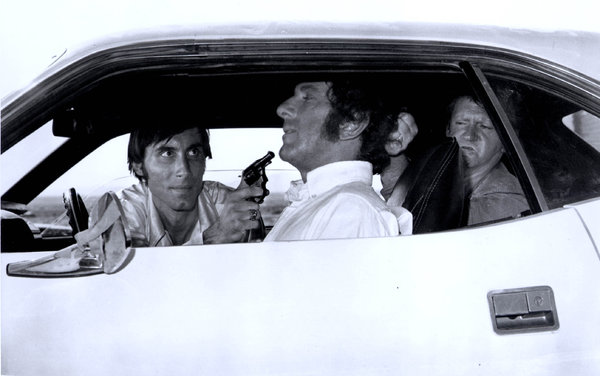 VANISHING POINT is playing tonight at 6:45pm at the Anthology Film Archives in New York City. You can still make it, if you hurry.