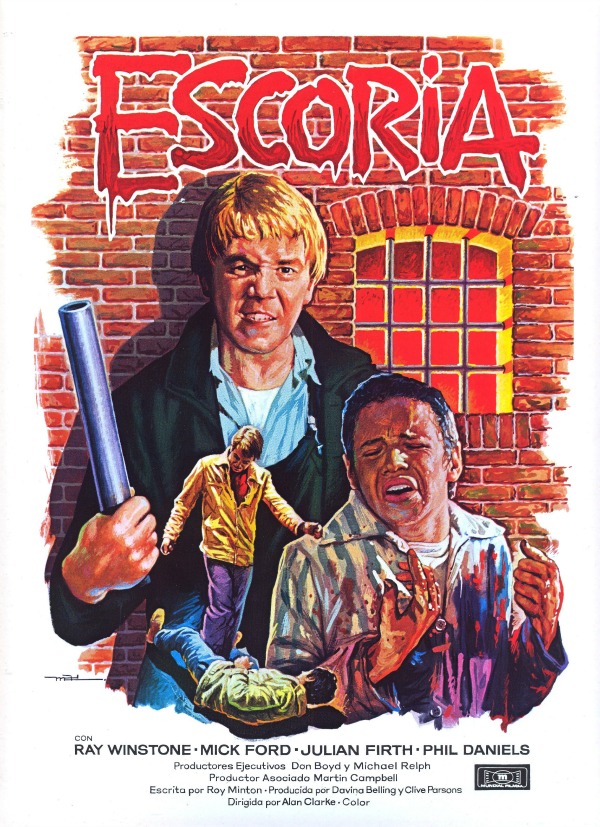 and getting the fuck beat out of you by Ray Winstone.” Dostoevsky

That quote may or may not be accurate. I have no idea how big a Ray Winstone fan Dostoevsky truly was. It was announced this morning that SCUM would be making its Blu-ray debut from Kino Classics. It was previously released on DVD by Blue Underground. This is a brutal film from 1979 directed by the great Alan Clarke that features Winstone in one of his earliest roles. It was originally made for British television in 1977 but the BBC was concerned about the levels of violence. Apparently suicide, rape, and attacks by lead pipes and pool balls stuffed in socks doesn’t make for good family viewing. Who knew?

Fortunately, Clarke didn’t give in to editing his film and it was released theatrically in 1979 (the same year Winstone would appear in QUADROPHENIA). Winstone is one of the best tough guys in cinema, but he rarely reaches the heights of evil that he achieves in this flick. Tough as nails and bloody as hell, it’s easy to miss the message of reform, but it’s there.