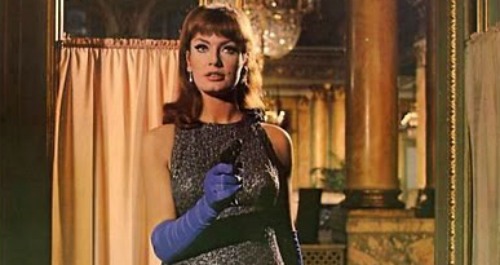 FAKE FACT: An alternate title considered for this film was SHIT SHACK McGEE AND THE CONSTANT ERECTION: KILL AGAIN!

It’s unknown why this title wasn’t selected. It is more accurate than the released title while simultaneously warning the viewer that they are in fact about to enter a shack of shit. Bad acting, worse direction, and hot dames, 1 out of 3 is a fail, Jack. Ray Danton stars as the titular Dragon, who is taking a break from retirement to avenge the death of his friend. Who needs poolside properties and the company of beauties when you have vengeance on the brain? Guns, gadgets, and girls follow in ample supply as the characters go around the world doing spy stuff while the occasional poorly planned fight breaks out.

I am actually a fan of director Giorgio Ferroni (MILL OF THE STONE WOMEN) and co-star Marisa Mell (BEAST WITH A GUN, DANGER: DIABOLIK, countless others) always turned in a solid performance. Second rate leading man Danton even had his moments as an actor, though his performance here is more a sleepwalk than anything else. How this film went south quicker than Steve Guttenberg’s career I will never know. I dig Eurospy films as much as the next, but this one is not a moment to celebrate (unless you’re celebrating awfulness which if that’s the case this is a fucking party).

REAL FACT: I have only seen this film on an episode of MYSTERY SCIENCE THEATER 3000. Currently, Amazon has the film by itself for only $8.99 which is about $8 too expensive for my taste but I put up links to both below the one-sheet. 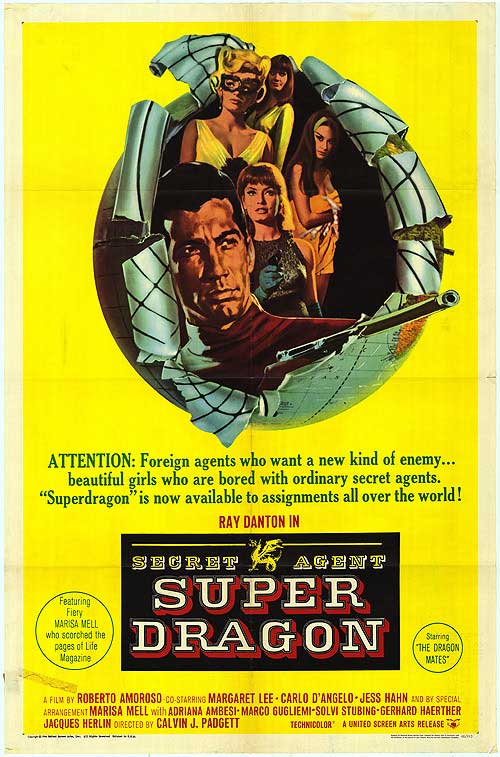