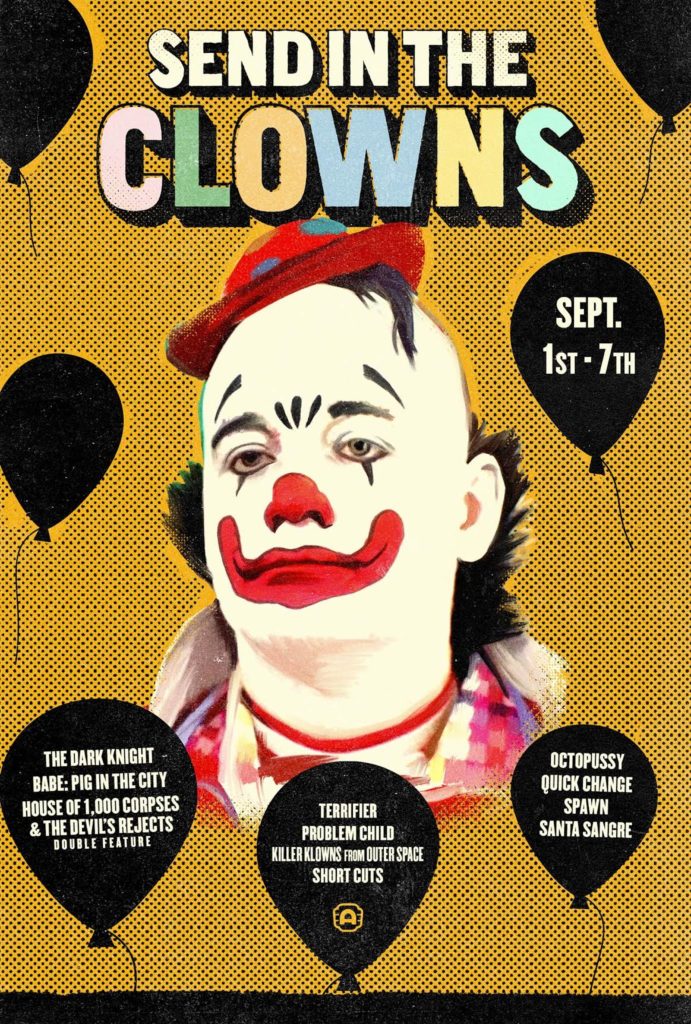 2017 has been a banner year for clowns in popular horror culture, thanks to the massively anticipated film adaptation of Stephen King’s IT and smaller-scale scares like “Gags, The Green Bay Clown.” To provide some context for the current craze and a look at cinematic clowns present and past, the Yonkers location of the Alamo Drafthouse is running a special program entitled “Send in the Clowns.” Running from September 1st to the 7th, the series includes screenings of THE DARK KNIGHT, HOUSE OF 1000 CORPSES, KILLER KLOWNS FROM OUTER SPACE, QUICK CHANGE, and SPAWN among many others. One particularly noteworthy film screening during this series is a new independent horror film entitled TERRIFIER from filmmaker Damien Leone, which may just be the making of a future “clown horror” icon.

Tara (Jenna Kanell) and Dawn (Catherine Corcoran) are out late partying on Halloween. They head to a pizza place for a quick slice, where they encounter “Art the Clown” (David Howard Thornton), a deeply creepy guy in a clown outfit and makeup. He doesn’t do much other than stare at them, but his presence alone is enough to scare Tara. When the ladies return to their car, they find it has a flat tire, so Tara calls her sister Victoria (Samantha Scaffidi) to come pick them up. While they’re waiting, a friendly exterminator named Will (Michael Leavy) lets Tara into the building he’s preparing to spray so she can use the bathroom, but they’re not alone. Soon the ruthless Art has turned the building into his own personal abattoir, dispatching anyone unlucky enough to wander inside.

TERRIFIER is a brutal and straightforward “slasher” that features what is unquestionably one of the most unsettling clown characters in recent memory. Art is tall and thin, with simple black and white paint and costume, his features augmented just enough to push him out of “weird clown” into “uncanny valley” territory. Thornton gives an impressive performance, especially considering Art never speaks a single word throughout the entire film. His deranged grin is genuinely terrifying, but the thing that really puts Art on a different level from standard slasher film villains is his pragmatism. Art wants to murder these people, and he’s happy to use whatever is at hand to help in his cause. This leads to some truly shocking moments when Art tosses out any kind of “slasher villain” rulebook and does things that are utterly unexpected. It’s also worth noting that the film features enough buckets of blood and exceptional practical effects to satisfy any discerning gorehound. It’s maybe a little too mean-spirited to be “fun,” exactly, but it’s certainly a hell of a ride.

Writer/director Damien Leone has been working toward a full “Art the Clown” feature for years now, making a few shorts featuring the character and incorporating him into the 2012 anthology feature ALL HALLOW’S EVE, so it follows that Leone would want the focus to be very much on Art. The only drawback is that with such a spectacular central character, all the others are doomed to seem less interesting unless they have some kind of hook to make them really stand out. They’re each given a little fleshing out but not much, and they mostly serve as targets for the next gruesome set piece. The cast isn’t bad at all, but it’s tough to make cookie-cutter machete fodder like these characters stand out. Pooya Mohseni is a notable exception as a disturbed woman who lives in the basement of the building in which the bulk of the film takes place. Her understated performance generates a few low-key chills of its own before Art’s killing spree gets into full swing.

The Yonkers Alamo Drafthouse’s series spotlights a wide variety of clown characters, from horror films like the Rob Zombie double feature to Jodrowsky’s art-horror masterpiece SANTA SANGRE and George Miller’s infamous BABE: PIG IN THE CITY. Despite its independent origins, TERRIFIER absolutely deserves a spot in this series for taking the concept of the creepy clown to a whole new level. The Drafthouse brand is synonymous with excellent and adventurous programming, and this series is a prime example. It’s not hard to imagine a boom in clown-centric no-budget horror films in the wake of IT, and the attendant Clown Fatigue (see also: Zombie Fatigue, Apocalypse Fatigue, etc.) that will inevitably follow. But what this Drafthouse series sets out to do is remind us of those films that put the clown to good use in different genre contexts as a sort of primer on how the character of the clown can be such a compelling cinematic figure. 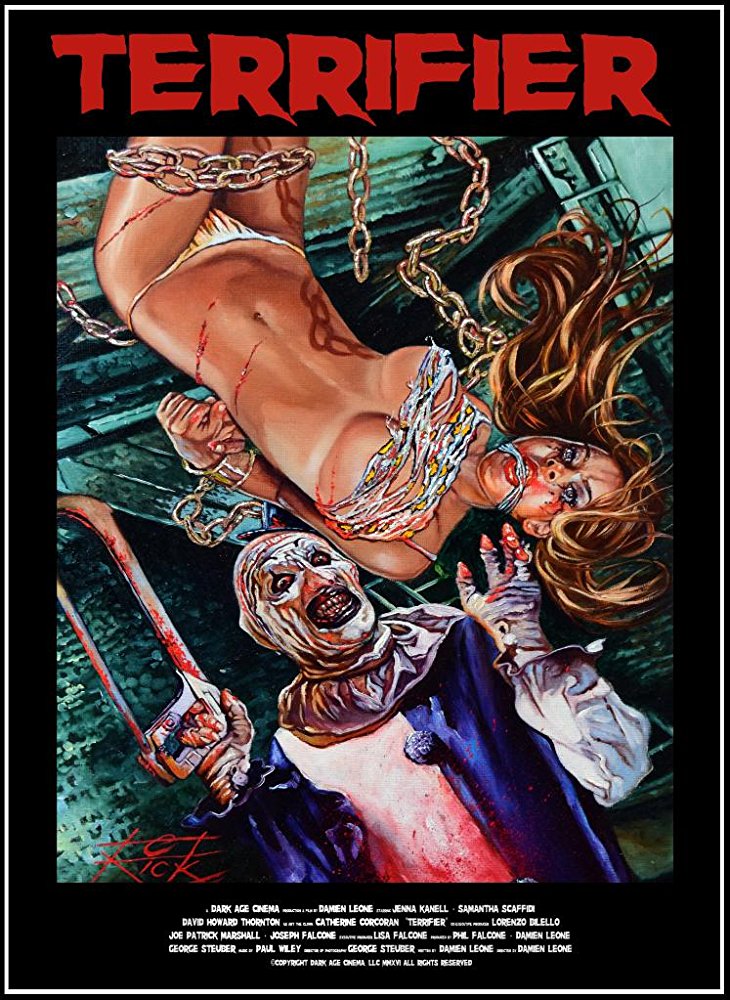 For full information on the “Send in the Clown” series including schedule and tickets, visit the Alamo Drafthouse Yonkers site: https://drafthouse.com/program/send-in-the-clowns