What’s doin’, Bastards? After a solid 2011, Severin seemed to go dark after the release of HORROR EXPRESS; one of our favorite releases of 2011. Sure, they dropped SNUFF BOX and maybe one other (or maybe that was it), but it just felt like when Evan Husney left Severin for Drafthouse, all the air went out of the company. I placed a few calls to do some digging but it was dead air for DG. Well, the shouts to the heavens pleading for the return of one of our favorite labels has been answered. Severin is back with two cool titles: ASHANTI, and THE WILD GEESE. I think ASHANTI was announced back in February so it’s nice to see that classic back on track. THE WILD GEESE though is news to me but it’s nice to see both of these getting a decent release. Each film has a December 11th street date. Here’s the skinny from the press release: 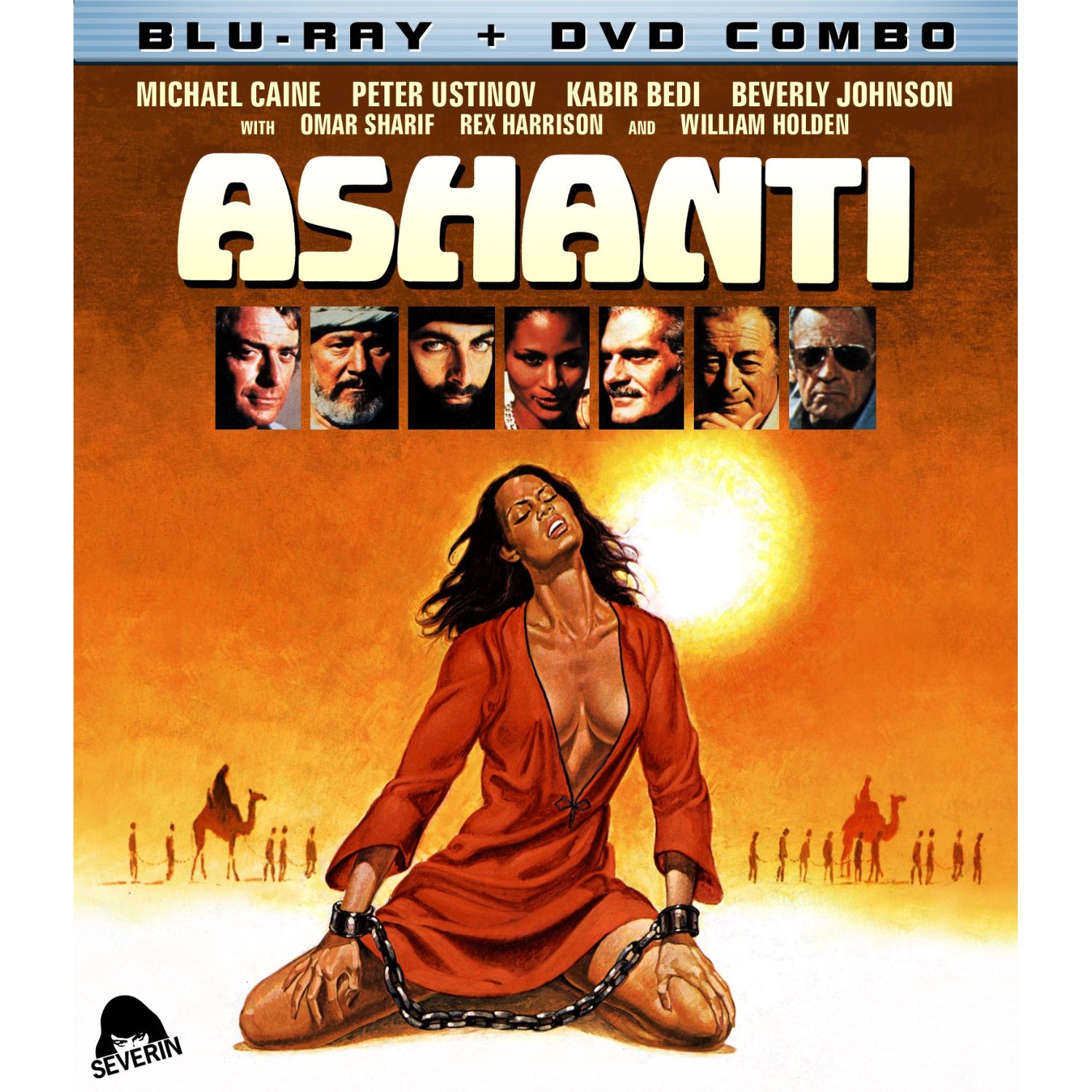 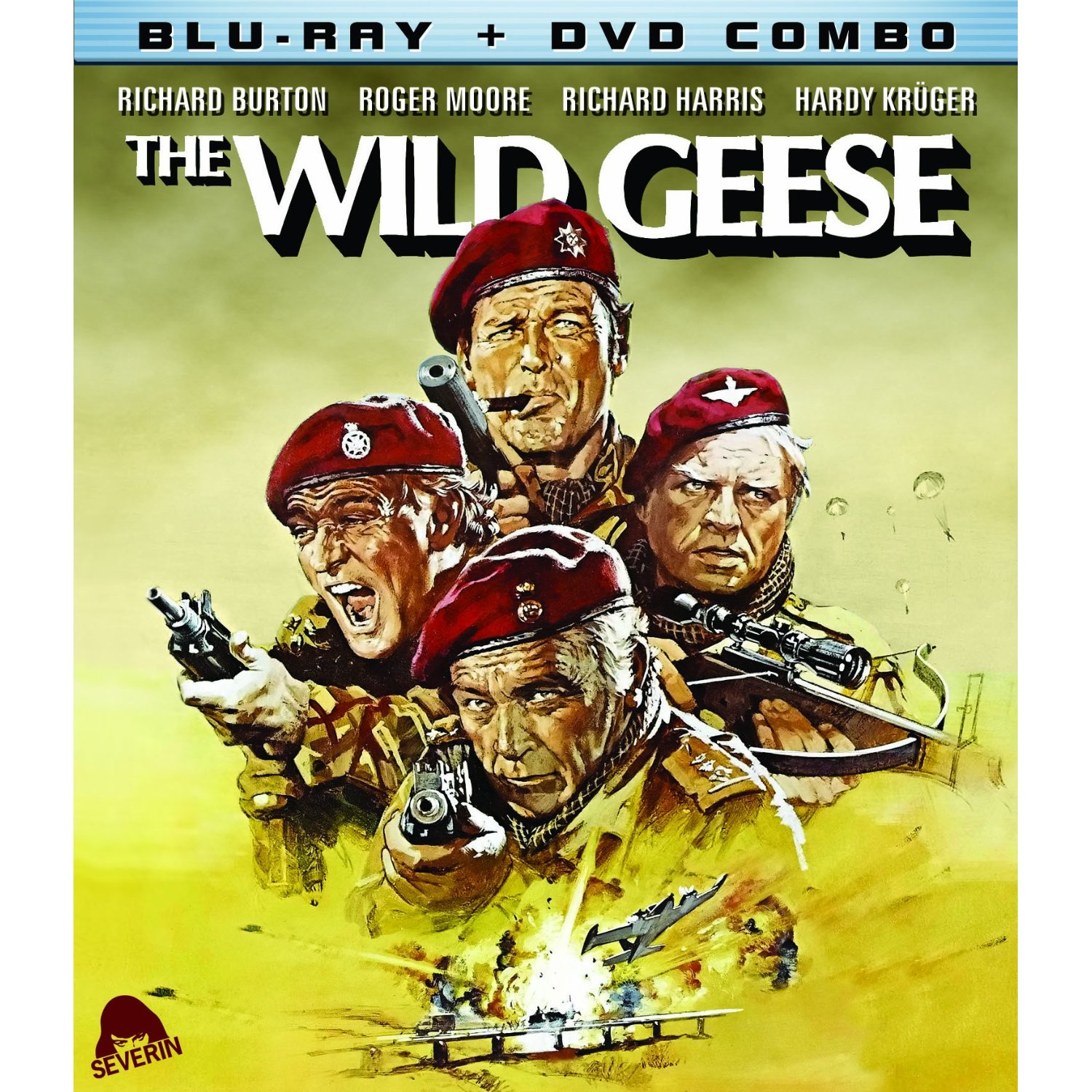 
LOS ANGELES, CA, November xx, 2012 – Severin Films today announced the December 11th Blu-ray + DVD combo releases of the all-star ‘70s British thrillers THE WILD GEESE and ASHANTI, both fully restored with exclusive new Bonus Features. The company also announced a new distribution deal with CAV Distributing Corporation, as well as an upcoming slate of releases that include an epic restoration of the 1979 classic ZULU DAWN, first-ever Blu-rays of such top-selling Severin titles as THE HAIRDRESSER’S HUSBAND and FELICITY, and a 10th Anniversary Blu-ray edition of THE MANSON FAMILY.

THE WILD GEESE stars Richard Burton, Roger Moore and Richard Harris as aging mercenaries unleashed on one final mission in an unstable African nation. Hailed by Variety for its “rip-roaring blood & guts action” and recently called “nothing less than a ’70s British version of THE EXPENDABLES” by Total Film, this international box-office smash includes the first-ever DVD interviews with director Andrew V. McLaglen and legendary soldier-of-fortune ‘Mad’ Mike Hoare, on whom the Burton character was based. Michael Caine, William Holden, Peter Ustinov, Beverly Johnson, Rex Harrison and Omar Sharif star in ASHANTI, the infamous 1979 thriller about modern-day sex slavery in Africa and the Arab nations from the director of MANDINGO. Bonus Features include a revealing new interview with supermodel Johnson on the film’s notorious production and still-controversial history. Both titles have been restored in HD from original vault elements for the first time ever.

“Though it may have appeared quiet, Severin’s past year has actually been quite productive,” says Carl Daft, co-chairman of Severin Films. “We’re very proud of our international co-production THE THEATRE BIZARRE, and our HORROR EXPRESS Blu-ray was one of the top classic horror discs of the last 12 months. We made many of our biggest titles available digitally and on-demand, and were able to structure an exciting new distribution deal with our old friends at CAV. In addition, we’ve been working on extensive new Bonus Features for ZULU DAWN, as well as our THE HAIRDRESSER’S HUSBAND, FELICITY and MANSON FAMILY Blu-rays. We’ve even got some top-secret new Jess Franco releases coming, too. Severin is back and better than ever!”