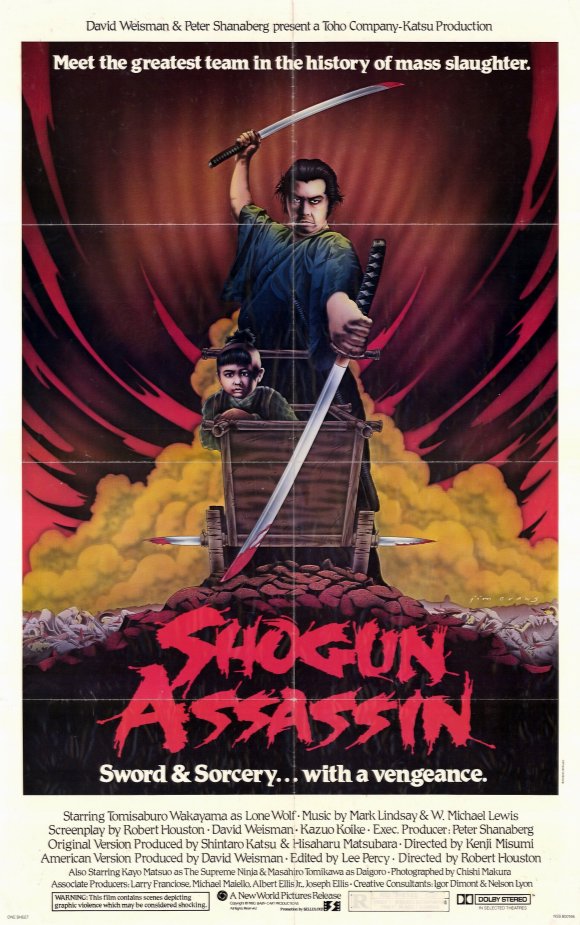 The characters were created in 1970 by writer Kazuo Koike and artist Goseki Kojima; Ogami Itto and his three year old son Daigoro, they are known to those who seek them as Lone Wolf and Cub. Together they travel Japan during the Edo period, walking between the road of heaven and hell to bring vengeance to those who have framed Ogami for the death of his wife. It is a visceral and emotional story told across 28 manga volumes that were adapted into six feature films produced between 1972 and 1974 starring Tomisaburo Wakayama (the first three films in addition to SHOGUN ASSASSIN produced by his brother and Zatoichi star Shintarô Katsu).

As the father of two, the bond between Ogami Itto and Daigoro is tangible to me. Their moments of quiet communication along with the care and respect they have for one another is something rare in films. When you surround those moments by violent bloodshed and attacks around every corner, it creates a constant contrast that even after six films is just as effective now as it was in 1972. Enter SHOGUN ASSASSIN, a film that is a demo reel for editing prowess, splicing together about 12 minutes of the first film (SWORD OF VENGEANCE) and the majority of the second film (BABY CART IN THE RIVER STYX). I should hate this movie for what it did to the two original films; nobody did this to THE GODFATHER 1 and 2 (though Dan O’Bannon wanted to). I can’t though, however flawed it may be, dislike this film. It was my key to samurai cinema, my entrance to the cult of chambara. It’s the cinematic equivalent of the girl you know is a little bit nuts, you have no desire to date, but goddamn the sex is fucking hot as hell. I don’t know if that analogy works or not but in my head it sounded brilliant.