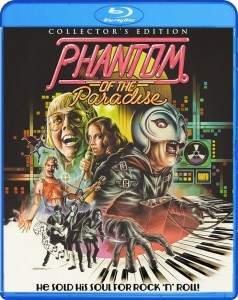 Shout Factory reveals the artwork for their Blu-Ray release of PHANTOM OF THE PARADISE, and, as usual, it’s amazing.  The title is due out August 5.

Producer Stanley Rubin, of THE NARROW MARGIN, THE PRESIDENT’S ANALYST and WHITE HUNTER, BLACK HEART, has died at the age of 96.

Jack Plotnick’s retro-sci-fi comedy SPACE STATION 76 gets picked up by Sony at SXSW.

Also getting dibs at the festival is Lionsgate, who picks up EXISTS, a bigfoot flick from director Eduardo (THE BLAIR WITCH PROJECT) Sanchez.

A great piece about women and the role of romance in ’50s science fiction over at Screening Notes.

The title of Anne Rice’s next book is “Prince Lestat,” and yes, it’s a Vampire Chronicle book. 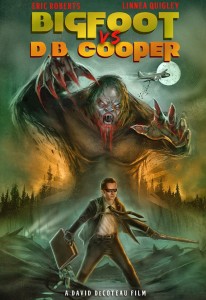 The Nerdist Podcast has a talk with William Katt about CARRIE, “The Greatest American Hero” and more.

Peaches Christ hosts a SERIAL MOM tribute with Ricki Lake in person in San Francisco in May.

The latest from David DeCoteau is BIGFOOT VS. D.B. COOPER (!), starring Eric Roberts and Linnea Quigley.

A red band trailer emerges for the game show horror pic 13 SINS with Ron Perlman and Pruitt Taylor Vince, a remake of the Thai horror film 13: THE GAME OF DEATH:

Here’s a (French) trailer for the French horror pic AMONG THE LIVING, from the directors of INSIDE:

And lastly, a trailer for the promising sci-fi action pic THE MACHINE: