Do you like free stuff?  Not just any free stuff, but free horror movies on demand delivered straight to your screen?  Sure, we all do!

Good thing, then, that there’s Screambox.  Screambox is the 1st horror movie subscription channel on YouTube – commercial-free horror movies available for streaming through any device.  Head programmer Ray Cannella (aka Rayzilla) has spent the last 20 years as one of the original Programmers for the Syfy Channel. He was responsible for the development of all those wild, original movies on Saturday nights. He is the creator of such films as MANSQUITO, BIGFOOT, SNAKEHEAD TERROR, HAMMERHEAD, MEGAFAULT, ZOMBIE APOCALYPSE, MEGA PYTHON VS. GATOROID and, of course, the critically-watched JERSEY SHORE SHARK ATTACK.

And for three lucky Daily Grindhouse readers, Screambox will be absolutely free. 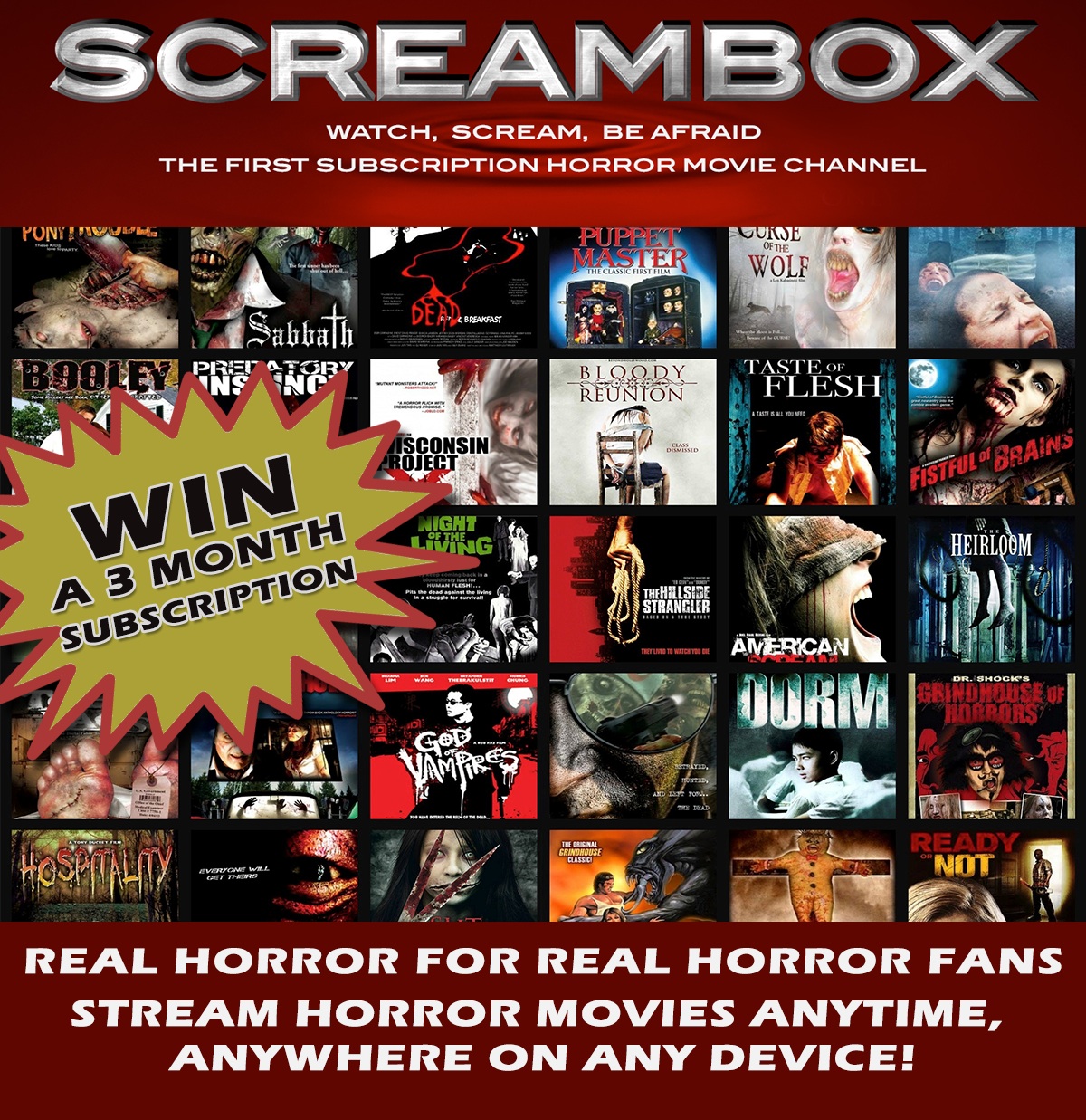 Yep, we’ve got three 3-month subscriptions to the online service that provides you instant access to the likes of horror titles ranging from Asian imports like A TALE OF TWO SISTERS to Full Moon classics like SUBSPECIES to No-Budget Nightmares faves like REANIMATOR ACADEMY to new releases like POP PUNK ZOMBIES.

So here’s what you’ve got to do!  On Twitter, just post a picture of what scares you the most using the hashtag: #ScreamsForScreambox and tag Screambox with the Twitter handle @SCREAMBOXTV!  Also, be sure to follow Screambox on Twitter here and on Facebook here!  (Tag us at @DAILYGRINDHOUSE as well, just because WE’RE WATCHING YOU.)

We’ll be running this contest all through the next week, so be sure to get your entries in by 5 P.M. CST on Monday, March 17.  We’ll announce the winners next week.  And we promise not to use the newfound knowledge of your deepest, darkest fears to sneak into your house in the middle of the night and scare the crap out of you.  Probably.

Good luck, and get screaming!