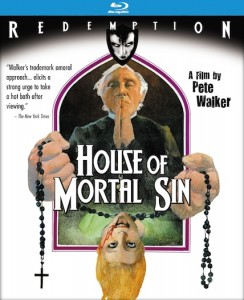 Redemption announces Blu-ray releases for Pete Walker’s HOME BEFORE MIDNIGHT and HOUSE OF MORTAL SIN, both due out June 17th.

Every other franchise has had a retrospective book, so why not TREMORS? Jonathan Melville’s “Seeking Perfection: The Unofficial Guide to TREMORS” solves that deficiency.

A seven hour interview conducted with LAST HOUSE ON THE LEFT star Fred Lincoln is now available to download at Chicago’s Leather Archives and Museum.

Check out these amazing pictures from H.R. Giger’s home.

Severin announces VIDEO NASTIES – THE ULTIMATE COLLECTION, Jake West’s amazing documentary that looks at every one of the films involved with the UK censorship panic in the ‘80s, for release on June 3. The set will also include a disc featuring trailers for all 72 films. 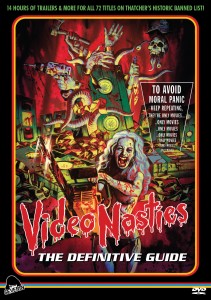 The Projection Booth podcast looks at the Fred Williamson flick BOSS NIGGER. Or, as the DVD box art proclaims it, BOSS.

The Unknown Movies looks at 1979’s troublesomely-titled UFO’S ARE REAL.

The full list of directors involved with THE ABCS OF DEATH 2 has been released, and among them are notable names Bill Plympton, Jen and Sylvia Soska, E.L Katz (CHEAP THRILLS), Larry Fessenden, Steven Kostanski (MANBORG) and Vincenzo Natali (CUBE). Check out the full list and new images over at Bloody Disgusting.

Magnet picks up V/H/S: VIRAL for release, and here’s a trailer for the anthology with segments from Nacho Vigalondo (TIMECRIMES), Marcel Sarmieto, Gregg Bishop, Justin Benson and Todd Lincoln: