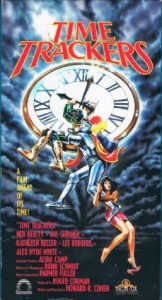 Whenever I write about a film, I try to be very respectful to an audience that hasn’t seen the film in question. Even with oddities like TAX SEASON that, at best, maybe one person would be foolish enough be inspired by my ramblings to actually watch the film, I try to avoid going into too many specific details about some of the plot twists, and generally leave the ending out of entirely or, at most, make vague references to it. It’s a tricky rope on which to balance – you want to give away enough information about the film to make it interesting, but still leave enough out so that you aren’t just giving a reiterated plot synopsis.

I can’t do that with TIME TRACKERS, because TIME TRACKERS has a problem. A serious, serious problem. And it’s all in the ending – the very, very ending, the final scene that leads to the credits. It’s squicky and icky and weird and feels like a huge punch in the stomach to the relatively pleasant, family-friendly entertainment that the previous 80 minutes have been. And it’s not as though it’s disgusting or vulgar on some sort of visceral level – it’s not like a JOSH KIRBY sequel that suddenly turns into a snuff film during its last five minutes. The squicky, icky weirdness is, I’m sure, purely unintentional.

So if you don’t want to know the ending to TIME TRACKERS, bail out now. We’re going in. 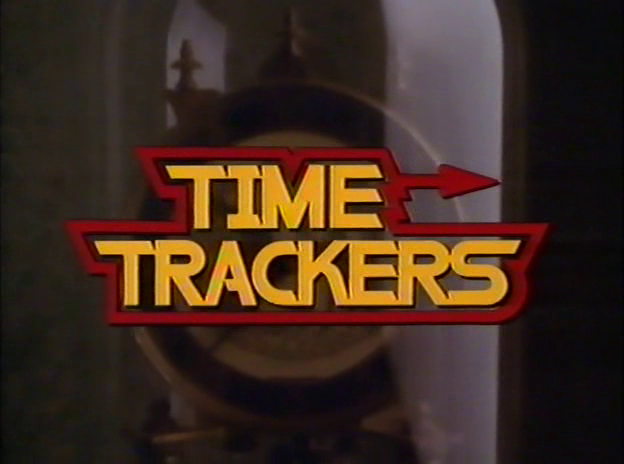 According to Roger Corman biographer Beverly Gray, the 1989 Concorde pic TIME TRACKERS was the result of writer/director Howard R. (SATURDAY THE 14TH, DEATHSTALKER IV) Cohen visiting the Concorde lot and coming across a set that utilized both a medieval castle and a science lab. Cohen convinced Corman that he could put together a time-travel film that utilized both of the sets, and TIME TRACKERS, a PG-rated romp that’s more PRINCESS BRIDE than BILL AND TED was born.

A group of scientists in the year 2033 have invented a time machine, and one of them, the improbably-named-and-mustached Dr. Karl Zandor (Lee Bergere), makes off with a prototype and disappears into the timestream. Going to track him down are scientists Charles (Wil Shriner) and R.J. (Kathleen Beller) and historian Madeleine (Bridget Hoffman), and they tail him to the year 1991, where Zandor attempts to assassinate a young congressman. 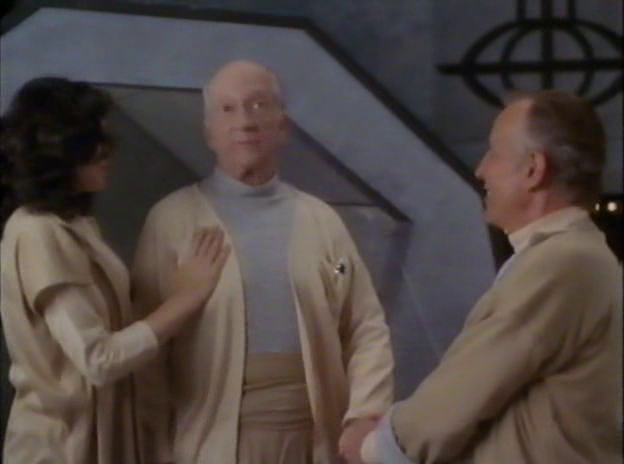 When Zandor vanishes again, the group follows him to the year 1146, this time with a bumbling cop (Ned Beatty) in tow, who spends the trip hanging on to the ship and getting a close look at the colorful warp effects first used in BATTLE BEYOND THE STARS. The group splits up and searches for Zandor, who has taken over a kingdom in an effort to get to the Red Duke, a figure that was the ancestor of both R.J. and her father (Robert Cornthwaite), another inventor of the machine.

The rest of the film is a fairly lighthearted historically-set adventure with a few lasers thrown in, and some mildly entertaining culture-clash comedy. Madeleine is taken as the Red Duke’s sister and ends up Zandor’s unwilling bride, Charles gets locked up in prison, R.J. meets up with the real Red Duke, an occasionally-masked figure played by Alex Hyde-White, and the cop bumbles around with the Duke’s sidekick and manages to get himself knocked out by a tree branch when reaching for an apple. 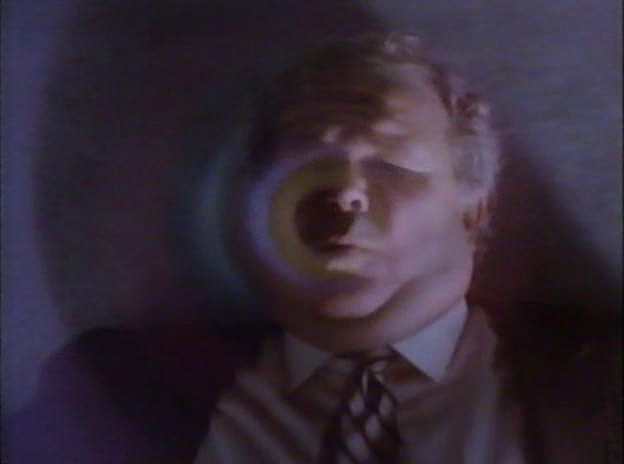 It’s not great cinema by any means, but TIME TRACKERS does have a fair share of clever moments, mostly thanks to Cohen’s dialogue. The historian is excited about having junk food and completely screws up the clothing, giving her team outfits more akin to a ‘50s dinner party than a ‘90s street fair. R.J.’s accent isn’t question because “she’s French.” A group of old-timers complain about the music in 1146, wanting to bring back Gregorian chants. Oddly, Shriner, a fairly prominent comedian, isn’t really given anything funny to do – TIME TRACKERS’ humor comes mostly from the light tone rather than any forced comic relief.

I was, for the most part, completely on TIME TRACKERS’ side. It’s got the restrictions of a Corman-produced kids’ matinee, but it’s not a terrible one – there’s a fair share of action, the character relationships aren’t predictable (Charles and R.J. aren’t involved romantically, which would be what every other movie ever would do) and the performers seem to be enjoying themselves. If you’re in the mood to make fun of something, you’ll be able to rip into this just fine (the science is, at best, terrible) but if you want to stick something on to entertain a 7-year-old? You could do a lot worse. 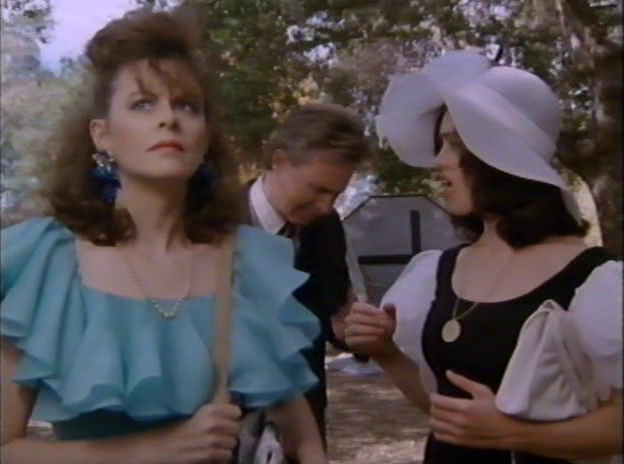 Now, we’ve established through the film that the Red Duke is the ancestor of R.J. and her father – that’s why Zandor is there in the first place, to eliminate their bloodline. (Don’t ask why this is the best way to do it. The film doesn’t.) So R.J. suddenly being smitten with the dashing Duke is… a strange sub-plot. However, it’s a very chaste smittenness – the two don’t even kiss and R.J. seems to know that crushing on her great-great-great-great-great-grandfather is very, very wrong. Everyone gets back home safe and sound, with the Duke in his proper time.

Then, however, because MOVIES MUST END WITH SOME SORT OF ROMANTIC CONCLUSION, R.J. steals the time machine and goes back to her grandpa, embracing him with all of her love. Her dad explains that she had to – that she, in fact, was also her own ancestor. She’s making whoopee with her great-great-great grandfather so she could, eventually be born. 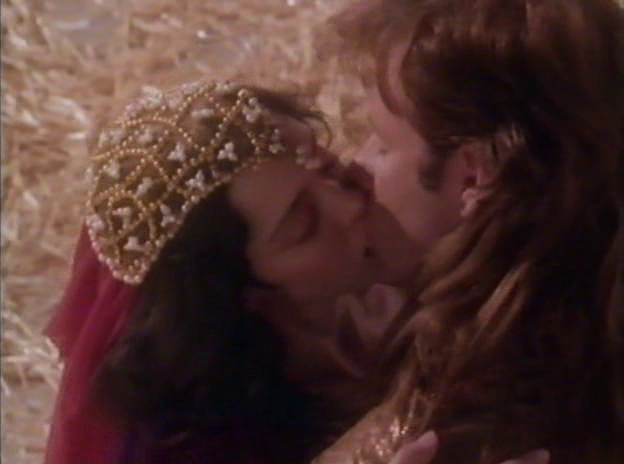 Now, of course, “Futurama” watchers may be well aware of this sort of thing – the episode where Philip J. Fry “did the nasty in the pasty” and impregnated his own grandmother is hugely entertaining. But “Futurama” is a completely nonsensical look at everything – you’re not supposed to treat it with any degree of reality. TIME TRACKERS is just sincere enough so that the incest the film ends with is, well, squicky and icky and weird. And even in “Futurama,” a completely silly show, the sexual relationship happens by accident, and all of the characters, including Fry, are disgusted by the turn of events.

I’m sorry, Mr. Cohen. I was with you through the low-budget sets and scientists straight from a ‘50s-era potboiler. I was with you through the astonishingly bad time travel theory in which our heroes are terribly concerned about messing with the past, but don’t seem to care about starting a riot and killing a bunch of guards. I was with you even though the time machine departed after the climax off screen, because they obviously couldn’t afford to put together a good-looking effects sequence. 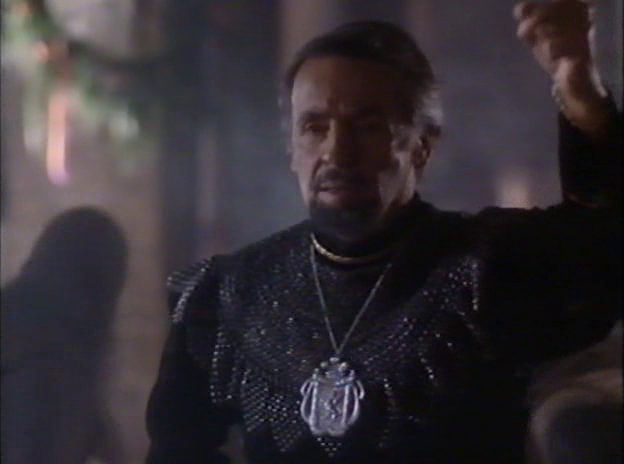 But I can’t be with you through the time-warping incest ending, no matter how many centuries separate the characters. Just because you wanted to include your song “I Believe in Happy Endings” over the opening credits doesn’t mean you have to bend space, time and good taste to justify it.

You can watch the whole thing below, at least for now.