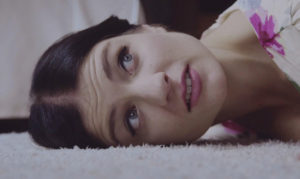 Since squirm comedy has embedded itself in popular culture in the last twenty years, I have not been able to shake the feeling that it is a subgenre best experienced in small chunks. I have never been able to make it all the way through a feature-length squirm comedy in one sitting and TV shows like Curb Your Enthusiasm have been the antidote to binge watching for me. Maybe that is why I appreciate AFFECTIONS so much. It is squirm comedy served up in a seventeen-minute short film package—just about the perfect length, as far as I am concerned.

But to put AFFECTIONS into just a squirm comedy box is unfair to the film. There is a real sensitivity and understanding given to people stuck in unfulfilling relationships and how they are vulnerable to casually offered, but objectively terrible advice. It also helps that writer/director/star Bridey Elliott gives a warm, funny performance as a young woman looking for the kind of quirky, goofy, and intimate love promised in any number of indie romantic comedies since Zooey Deschanel first stepped in front of a movie camera…whether or not that sort of love actually exists.

Note: Bridey Elliott’s feature debut as a writer/director, CLARA’S GHOST, will play at the Cinepocalypse Film Festival in Chicago later this month. Tickets and all other info can be found here. 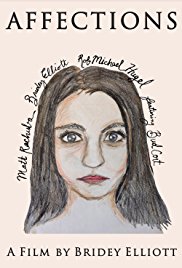