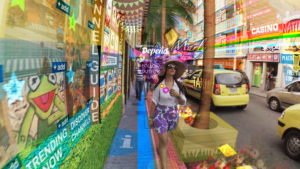 You cannot accuse director Keiichi Matsuda’s HYPER-REALITY of being a subtle piece of work, but it is effective in the way it assaults the viewer with sensory overload. Impressively, that overload is justified because the audience is put in the first-person perspective of the film’s over-worked, exhausted, burnt out protagonist. 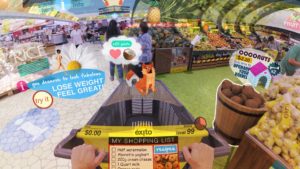 Set in a near future that is uncomfortably plausible, this look at a world where gaming becomes nothing more than another soul-sucking job could serve as a good, but much darker and more cynical, companion piece to the recent READY PLAYER ONE adaptation. While this is technically not a horror film, the visual punchline of the ending is as bleak and unnerving in its own way as anything this side of some of the more nihilistic ’70s grindhouse shockers.

Thanks goes, once again, to DAILY GRINDHOUSE contributor Rob Dean for bringing this film to my attention.