Sometimes, well-worn genre tropes can be used in ways that are not necessarily unique, but in ways that are just slightly different enough to have the desired effect on an audience without coming off as hacky.

I had avoided seeing THE MAIDEN for over a year because of word-of-mouth that made it sound like a lackluster exercise in unearned jump scares. Honestly, I can see how some people view it in that way, but I do not think that is giving the film credit enough for finding some clever wrinkles in its familiar territory. 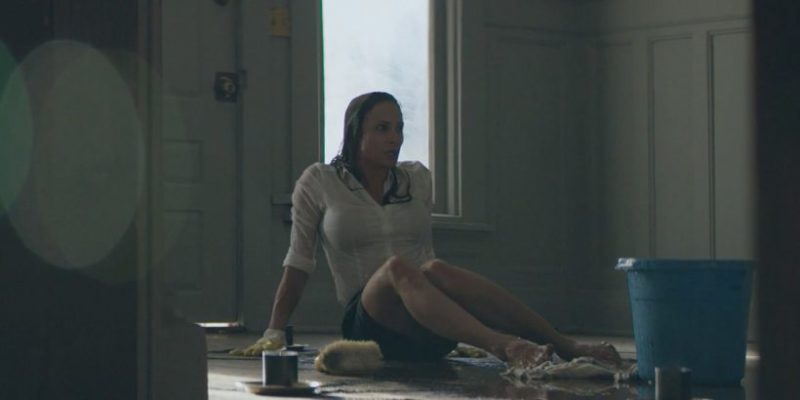 Director Michael Chaves deserves credit for taking a traditional haunted house story and allowing it to breathe in the first few minutes as we observe a real estate agent (Alia Raelynn) fight an uphill battle trying to make a decrepit old mansion presentable to potential buyers. Chaves layers in the haunted house elements gradually before flipping the switch and turning the proceedings into not only a full-blown horror film, but one with a generous witty streak that acknowledges the combination of hard work and bullshit artist that makes a good realtor.

THE MAIDEN is a slick piece of work with a solid, engaging lead in Raelynn, crisp cinematography by Tristan Nyby, and seamless editing by Julie Kravitz Gannon. Chaves clearly knows how to put a scary movie together (he is in post-production on his feature directing debut with the James Wan-produced THE CHILDREN), and he employs most of the haunted house movie tricks in the book, but he uses them well. There is nothing wrong with offering up the tried-and-true when it is this briskly, entertainingly done. 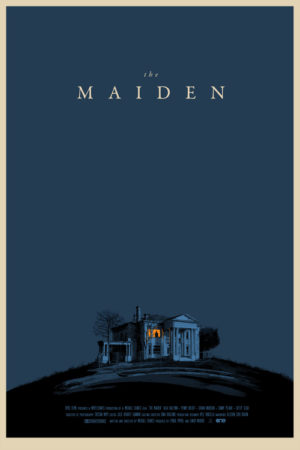