I’m not going to lie and tell you that this week’s film is fun. ‘TIL WE DESCEND is a dark, dark creature feature with elements of environmental horror, absurdity, and an ending that does not cop out on its bleak story.

Dark tone aside, it’s also a really impressive piece of work from writer/directors Joseph Le and Peter Woojin Kim. Suitably moody cinematography by Le, very good makeup effects by Alethea Spencer, and good performances by Smitty Chai and Philecia Hoffer (sans any dialogue by either actor—a nice choice by the filmmakers) help add to the slow slide into tragedy.

This is very well done horror that puts the filmmakers on my radar. After watching the film, I think they will be on yours, as well. 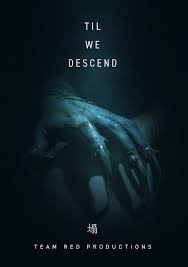