Shout! Factory is bringing back another double dose of Jackie Chan but unlike the last double feature of CRIME STORY and THE PROTECTOR, this represents some of Chan’s best work. On April 16th, Shout! Factory will release on Blu-ray/DVD POLICE STORY and POLICE STORY 2, each film features some vintage Chan stunts and set-pieces. POLICE STORY alone is bookended by two of my favorite action sequences of all-time. To make a cool thing even cooler, it looks like we are going to get the Japanese cut of POLICE STORY 2 which clocks in at 122 minutes.

But the hits just keep on coming.

After Chan smacks the hell out of the middle of the month, Bruce Lee will be coming in to finish the job. On April 30th, Shout! Factory is releasing two Lee double features: THE BIG BOSS/THE FISTS OF FURY and WAY OF THE DRAGON/GAME OF DEATH featuring a anamorphic widescreen presentation of the original movies from an all new HD-transfer. THE BIG BOSS and FISTS OF FURY both have their moments but obviously the best of the bunch is WAY OF THE DRAGON which is easily the second best film Lee ever made after ENTER THE DRAGON. GAME OF DEATH is just a morbid piece of curiosity. Here’s more from the press release: 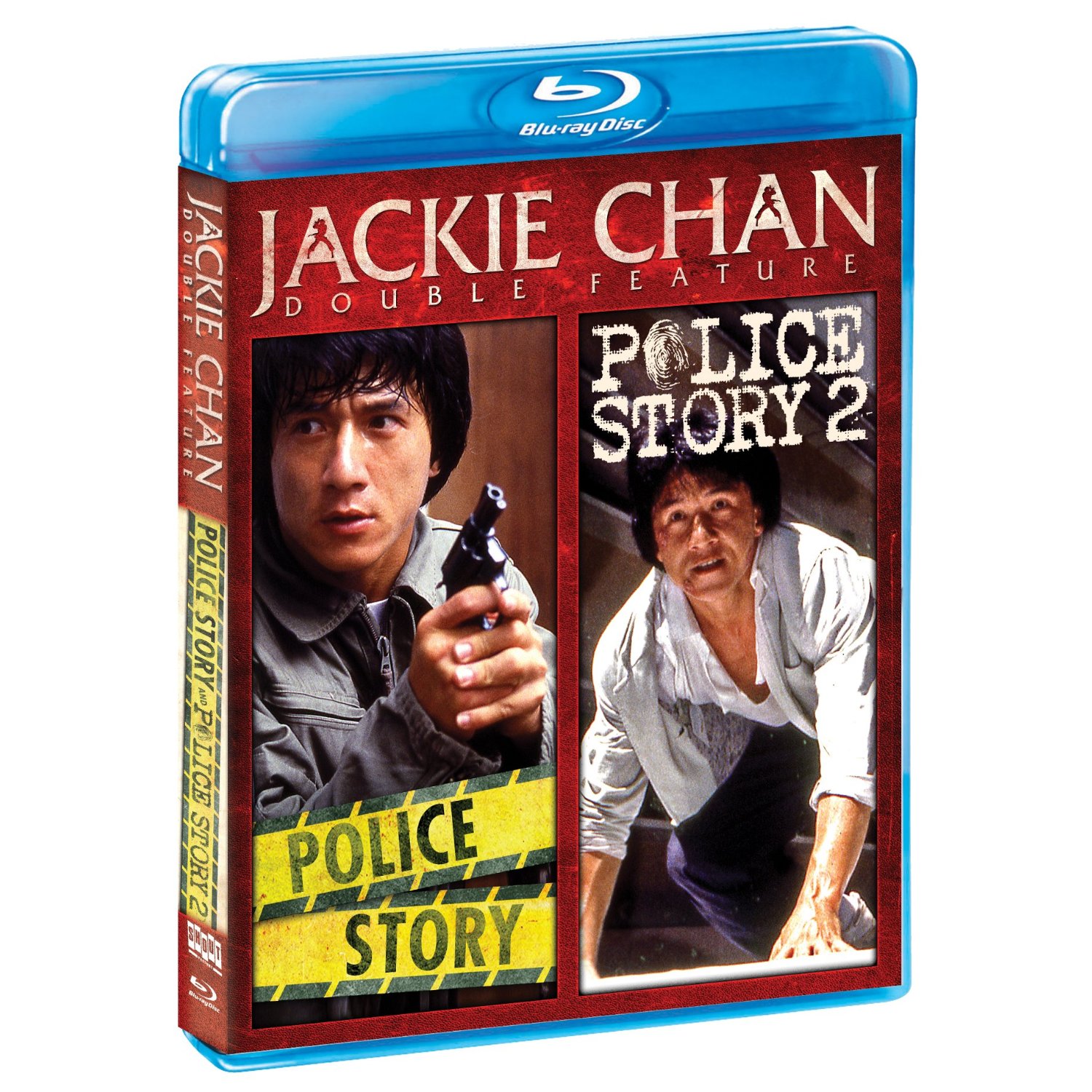 International superstar and cultural icon Jackie Chan is a master of action and comedy. Chan’s illustrious film career ranks as one of the most amazing success stories in the entertainment industry. His movies continue to have an enduring impact throughout the world. On April 16, 2013, Shout! Factory will unleash POLICE STORY and POLICE STORY II Double Feature deluxe Blu-ray™ and DVD. Boasting world renowned international film stars and pulse-pounding action sequences, these two highly regarded world cinema classics debut in a double feature movie presentation on Blu-ray™ in North America. A must-have for loyal fans, collectors and movie enthusiasts, own two of popular Jackie Chan cult hits on Blu-ray at an attractive price of $19.97 SRP. The special double feature DVD has a suggested retail price of $12.99.

POLICE STORY
Considered, and rightly so, a Hong Kong action cinema classic, Police Story marks Jackie Chan’s initial foray into the stunt-filled action movie that became his trademark. Chan plays an honest cop Chan Ka-Kui assigned to protect a witness whose key testimony could bring down the drug baron, Chu. However, when the witness gets away from Chan, there’s no evidence to put Chu away, and he is set free. Chu goes on a vendetta to frame Chan for a murder. Chan goes on the run. He must quickly find the witness to protect her and prove his own innocence.

POLICE STORY II
Picking up where the first film ended, Police Story II returns Jackie Chan to the role of detective Chan Ka-Kui. Due to his unorthodox police work on the last case, Chan has been demoted to traffic duty…and the vengeful mobsters still have their sights on taking him down. But when terrorists threaten Hong Kong, Chan must track down the suspects. And when his girlfriend May is kidnapped by the terrorists, Chan must confront them, save his girlfriend and save the day as only Jackie Chan can.

THE BIG BOSS
In his “first smash hit movie” (BBC), Bruce Lee stars as Cheng, a young man who moves to Bangkok to take a job in an ice factory with his cousins. One day, when a block of ice is cracked open, two workers find out that something is being smuggled inside the blocks of ice. The two workers disappear without a trace and Cheng starts to investigate their disappearance. He soon finds out that the factory is smuggling heroin…and comes face to face with the Big Boss for a climactic showdown!

FIST OF FURY
Bruce Lee is “powerful, humorous and charismatic” (Leonard Maltin) as Chen, who arrives in Shanghai to attend the funeral of his teacher. He vows to uncover what happened to his mentor and all signs point to the local Japanese Martial Arts School, who have been taunting and insulting the students of the Ching Wu School. The local police won’t do anything about the death, so Chen decides to restore honor to his school and his teacher by bringing some furious vengeance down upon the Japanese school!

WAY OF THE DRAGON/ GAME OF DEATH Double Feature DVD

THE WAY OF THE DRAGON
Tang Lung (Lee) flies to Rome to help his friend, Chen Ching-hua (Nora Miao). She is being forced by local gangsters to sell her restaurant, and they will stop at nothing to get the property. When Tang proves to be a threat to the syndicate’s plans, they hire the best martial artists, including Colt (Chuck Norris). The two men battle in the ancient city’s majestic Colosseum in what is “regarded by many as the finest martial arts combat ever committed to celluloid” (BBC)! Written and directed by Bruce Lee, this film became “the inspiration for a legion of martial arts and action movies that followed” (BBC)!

GAME OF DEATH
Billy Lo is a young kung fu star with a promising career. As the leader of a syndicate known for its exploitation of entertainers, Dr. Land (Dean Jagger) jumps at the chance to capitalize on Billy’s status and that of his singer girlfriend. Refusing to sign with Land, Billy’s martial arts mastery is put to the test when he is brutally harassed by Land’s men. In a stunning showdown, Billy must “go one on one with each of the villains in some of the most explosive fight scenes ever filmed” (Leonard Maltin). Tragically, Bruce Lee passed away during the production of this film.