I hate when you’re in the middle of a bike race and suddenly stumble upon a secret government time travel experiment, and are quickly transported to the late 1800?s. It makes finishing the race a bitch!

This is fantastic piece of 80s cheese, aged to perfection thanks to a cool performance from Fred Ward, one actor who deserved an action franchise but it just never worked out. William Dear’s direction has frequent misfires but the film moves at a quick clip and let’s be honest, you don’t go into this expecting the CITIZEN KANE of motocross time travel movies. Shout! Factory is doing all of us TIMERIDER geeks a favor by unleashing this onto Blu-ray. Here’s the official announcement: 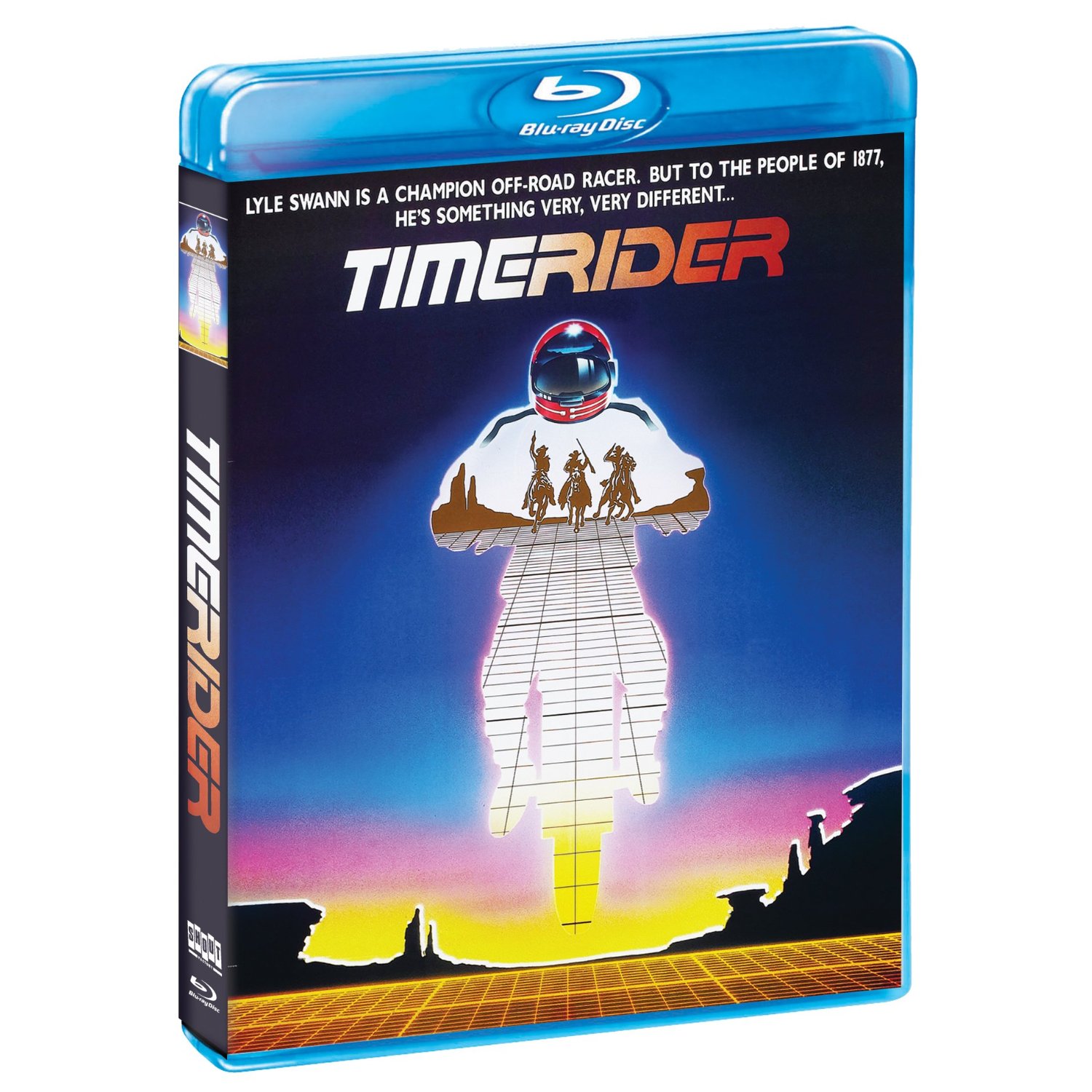 Overview
Lyle Swann (Fred Ward) is a champion off-road racer who accidentally gets zapped into a time-travel experiment and sent 100 years into the past! When a gang of brutal bandits steals his motorcycle, Swann must outsmart the local cowboys and submit to the desires of a beautiful outlaw woman (Belinda Bauer). Armed with only his wits and a map from an Exxon station, will Lyle Swann survive the Wild West and get back to his future?

Peter Coyote, L.Q. Jones, Ed Lauter and Richard Masur co-star in this cult film co-written and directed by William Dear (Harry and the Hendersons, Angels in the Outfield) and produced, co-written and scored by Michael Nesmith (Repo Man, Elephant Parts).

Pre-order is available now on Amazon.com