Alamo Drafthouse programmer Zack Carlson made quite a splash with cult film fans earlier this week with his piece on MIAMI CONNECTION for Wired’s website, attacking the idea of “So Bad They’re Good” movies and attempting to reformat the love for cinematic oddities outside the guise of irony. It’s a well thought-out piece, clearly coming from a point of genuine love for these films, though it’s gotten some low-level (and generally very well thought-out as well) criticism, mostly notably from Couch Cutter.com, which writes “I’m not so delusional to think that any are anything but terribly produced, directed, acted, and edited films. They are anything but good. What they are, however, is entertaining.” Carlson makes the case that the films are “good” because they’re entertaining, whereas Couch Cutter suggests that they’re entertaining because they’re anything but. 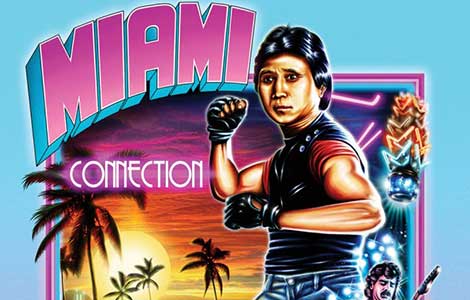 It’s a tricky argument, but it’s one that relies entirely on defining “good” – a philosophical argument in the cult film world that ends up being as fruitless as arguing about the definition of “life” in a political context. Any argument against the idea of someone enjoying “bad” movies just comes down to semantics of what you consider a “good” or “bad” movie, and the whole idea of “so bad it’s good” has so many logistical issues that there’s no way anyone can come up with a proper idea as to why the hell they should be enjoyed.

So if they’re not “so bad they’re good,” what kind of movies are the likes of TROLL 2, THE ROOM, DEADLY PREY and SHOWGIRLS? They don’t fit into any distinct genre, and they’re often enjoyable simply because they move absent-mindedly from one genre to another. They’re fun to watch because of the creator’s disregard for the way films are edited, physics works or human beings actually speak. They end up creating their own world of twisted logic, filled with bizarre life forms that physically resemble people but don’t really act like them in any sense of the word.

There have been outsider artists and musicians for years, and analysis of these subgenres has been around for at least four decades. The likes of Daniel Johnson or Jandek, whose works don’t really resemble anything else on the musical landscape, get respectful write-ups in major music publications, and most major cities support at least one gallery specializing in works of outsider or visionary art. 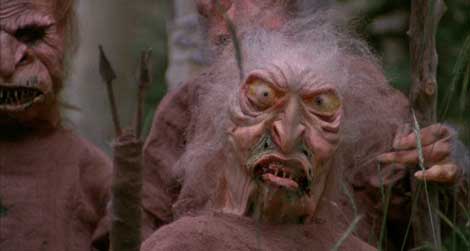 So why the hell aren’t these “outsider films?”

Sure, some of the movies in this field come from major filmmakers that have proven the ability to make a good film, like Paul Verhoven in the case of SHOWGIRLS or Otto Preminger in the case of SKIDOO. But even in these cases, the end results, amazing blends of strange ideas, overwrought dialogue and over-the-top performances, are they key factor in defining them as “outsider films.”

In fact, “outsider films” can often come accidentally from community thinking. The likes of NIGHT TRAIN TO TERROR, a mismatch of three films stuffed awkwardly together by a musical sequence on a train involving a rock band, God and the devil, is an amazing piece of work that could have only been made by a bunch of people with a lot of cumulatively bad ideas. Unlike outsider music or visual art, outsider films don’t come from one person – the director may be in charge, but the absurdity has to come from a variety of sources in order to create something that’s going to be watched religiously at midnight shows twenty years later.

Let’s stop calling the movies we genuinely love because of their otherworldliness “so bad it’s good.” And let’s stop haphazardly foisting the “good” definition on them because they’re so entertaining, as that just will serve as a warning to other people about what you consider “good,” making them question your tastes and cause suspicion when you proclaim, say, DRIVE as “good” as well? We’ve thankfully gotten to the point where these things are no longer considered “guilty pleasures,” and the level of ironically-detached, derisive viewing of these films has decreased thanks to folks like the Alamo Drafthouse who’ve given these films the respect they deserve, but it would be nice to have a catch-all name for them that didn’t sound as though it was making a judgment call on anything the movies have to offer.

My entry? “Outsider movies.” What do you think, sirs? 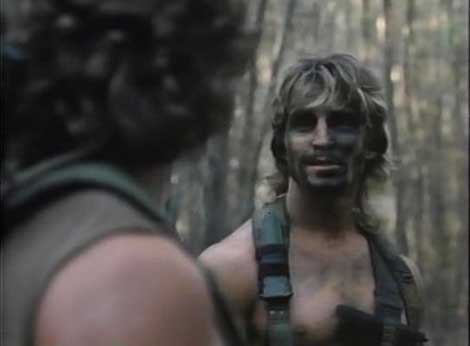