Home  ⁄  The Wire  ⁄  !!UPADTED!! STANDALONE STAR WARS FILMS ARE CONFIRMED AND MR. SIX DROPS HIS TWO CENTS ON THE WHOLE THING (SPOILER: HE DIGS IT)

UPDATED: Entertainment Weekly is reporting that Boba Fett and Han Solo will be getting the standalone treatment. Read below for our opinion on the Fett film. The Solo film though is not one I would not have expected. Granted, he has a really good back-story to tell and I think there is a way to make it work but there is also alot of potential to fuck up the legacy of classic character. Unlike Fett, it feels like we know him already.

It’s official. Bob Iger went on CNBC and confirmed what the geekiverse had known for a while: Lucasfilm and Disney are developing standalone STAR WARS films in addition to the upcoming trilogy. Harry Knowles reported (without sources) that Yoda would be the first character to receive the first film and while Iger didn’t confirm that rumor he did say the films would feature beloved characters from the STAR WARS universe. Iger also confirmed that Lawrence Kasdan (EMPIRE STRIKES BACK) and Simon Kinberg were writing the standalone films and that they would be consulting with JJ Abrams on Episode VII.

We didn’t report the news about Yoda yesterday because, as mentioned above, it didn’t have sourcing. Of all the characters we want to see standalone films for though, Yoda is a close second to Boba Fett. Don’t get me wrong; I want to see that little green fucker going nuts like he did in ATTACK OF THE CLONES, but there just isn’t a whole lot of mystery about Yoda. I can’t say that I care a whole lot about how he came to be a Jedi and he began his exile at the conclusion of REVENGE OF THE SITH so I don’t see a lot of places to go. I’ll see the film of course but all things considered I like my Jedi Masters cloaked in a little bit of mystery. As for my anti-heroes, I geek out on guessing the details of their path which is why I would like nothing more than to see Fett come and bring badass back to the STAR WARS universe.

I want to see how Fett grew to be the bounty hunter he is. I want to see him forge his Mandalorian armor. I want to see how he came to collect his braided Wookie scalps and where those blast marks on his armor came from. A lot of these stories may have been covered in the novelization but I lost track of those somewhere around THE COURTSHIP OF PRINCESS LEIA which I think is the one where Chewie dies, so obviously those stories will be considered irrelevant to the films. Fett has a huge fan base and an even larger story to tell. So let’s hope we get these standalone films started with some attitude. 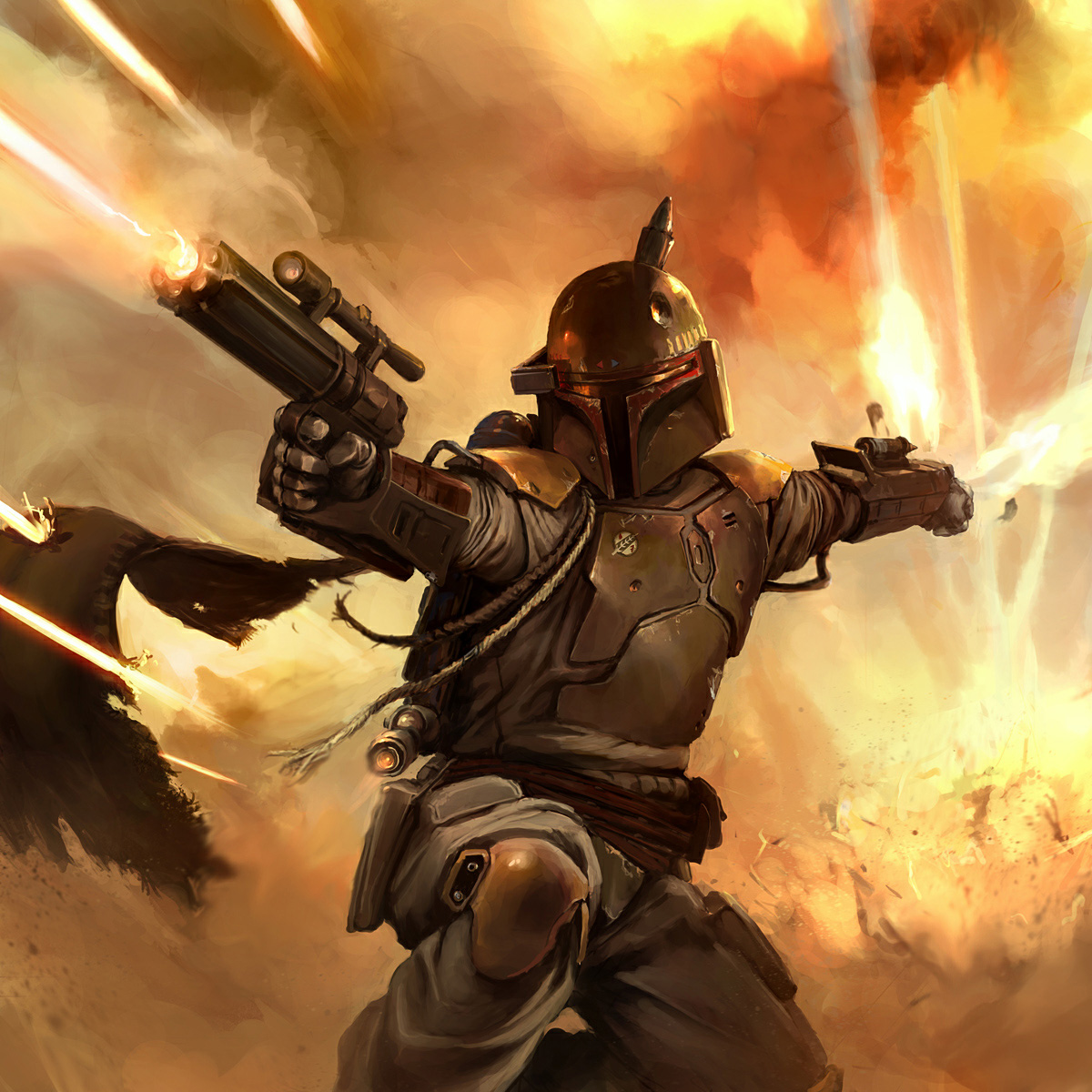 Disney has done everything right in my book to this point. From bringing Lawrence Kasdan back, to the hiring of Drew Struzan, to the decision to focus on beloved characters. I would even consider the hiring of JJ Abrams to be a strong move in a positive direction. He understands large universes with established characters and his reverence for the original films is well known. I am glad to see that things are now in motion to right the ship of the STAR WARS universe, after the prequels shit in our eyeballs (I will say though that kids love them just as much as we loved the originals), it’s nice to see that someone who cares about the future of the franchise is now in charge. Love them or hate them, Disney learns from mistakes, they know what works and what doesn’t (see: THE PHANTOM MENACE) which is why I think that by the time these films hit theatres, fans are going to be pretty happy. At least I hope.