STAR WARS EPISODE III: REVENGE OF THE SITH has long been marked as the darkest installment of the prequel trilogy. Part of the reason for that was the Order 66 scene. At the close of the Clone Wars, the Clone Troopers of the Grand Army of the Republic were ordered by Chancellor Palpatine (known in the Sith world as Darth Sidious) to execute Order 66, which prompted them to betray and eliminate their Jedi commanders, bringing about the dismantling of the Jedi Order. On multiple battlegrounds, in multiple worlds, all but a handful of Jedi were dispatched in a swift, brutal manner echoing Hitler’s Night of the Long Knives in our own recent history. Though the beginning of the Great Jedi Purge was alluded to in EPISODE IV: A NEW HOPE, it wasn’t depicted on-screen until Revenge of the Sith came along.

Plot wise, this scene is the lynch-pin for the series’ larger conflict. Without the Jedi Order in his way, Palpatine was free to proclaim himself Emperor, and to mutate the Republic into the malevolent Empire we all know and loathe so much. Once the order was issued and the Jedi were gone, nothing remained to challenge Palpatine’s supreme leadership, and the galaxy fell into a dark era of destruction and death. EPISODE III is not without it’s flaws (namely the melodramatic dialogue and excessive green-screening), but over a decade after the film’s 2005 release, the Order 66 scene remains the most resonant scene in the film.

When we talk about Order 66, the first thing that stands out is the cinematography. David Tatersall brought his A-game to this film, from the poetic opening shots of the aerial Battle over Coruscant to the chiaroscuro-infused reveal of Vader. He covered both the macro and the micro with wide, panning shots from a bigger picture perspective, and shorter, closer looks to heighten intimacy. As the Jedi are being killed one by one, they’re each framed or staged tightly, in such a manner as to make them seem trapped, even in the most expansive of locales. Like any good storyteller, George Lucas made it personal; he wanted us to see those faces up close before death came for them. Back-to-back glimpses of Jedi being executed by the same Troopers they were fighting alongside moments before further underscores the gravitas of Order 66’s execution. 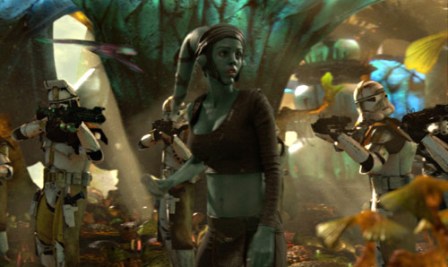 Between displays of mayhem and treachery in the heat of battle, we see Yoda drop his staff, clutch his chest and touch his temple as he feels the great reverberating disturbance in the Force. The impact is felt by one beloved character and it touches us all, in the same manner that the impact of a car crash is amplified by showing the lone sneaker of a child in the middle of the glass-strewn road. It’s through Yoda’s sense of connection and loss that our own heartbreak deepens as we watch the events unfold. 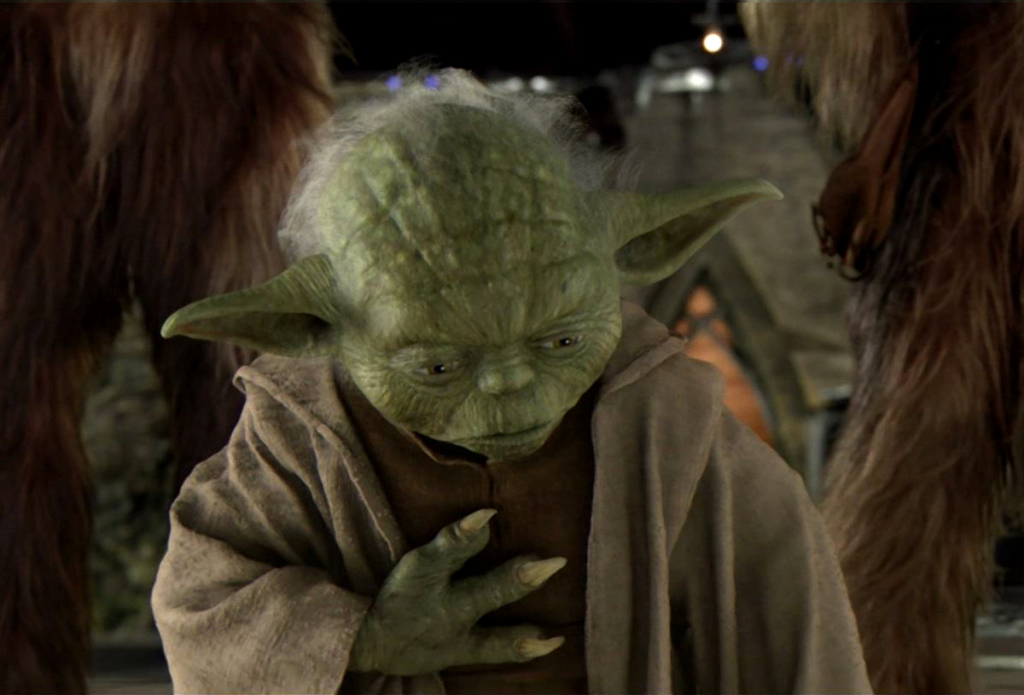 Lucas worked with Tatersall to create a swaying rhythmic narrative of landscapes and intimate close-and-medium shots. In a juxtaposition not unlike Coppola’s purge/baptism scene in THE GODFATHER, shots of the Jedi being systematically mowed down were intercut with solemn, dark shots of Anakin and Palpatine making their moves. The back-and-forth between the vivid natural color palettes and the stark red and black tones of the Galactic Empire serves to mark the ongoing struggle between the organic and the industrial; a struggle present throughout the entire STAR WARS saga.

During this purge, wayward Jedi Anakin Skywalker (soon to be Darth Vader) marched on the Jedi Temple with a crew of Clones and slaughtered everyone inside, including a handful of younglings. In the 10 seconds shown here, Anakin Skywalker abruptly shifts audience sympathies against him, and the most excruciating part isn’t even explicitly shown. He enters, a frightened youngling’s face fills the screen looking upward, asking for guidance, and we linger on Anakin’s hardened scowl for a beat before cutting to a position behind him (at the child’s level). From there, we watch the youngling jump at the sound and sight of the lightsaber being engaged; end scene. The audience is given the agency to fill in the blanks and to imagine Anakin cutting down the children, which makes the moment heavier than it would’ve been had the violence been shown on-screen.

While the visuals provided the details, the music gave us emotion. John Williams’ Grammy-nominated musical score heightened the drama and accentuated the betrayals depicted. The separate environments were united in tragedy by string-heavy crescendos and a wailing chorus as the Jedi saw those under their command turn on them moments before their collective demise. The accompaniment of an epic auditory appeal-to-emotion with compelling visuals culminates in a heavy-hitting segment with lasting power.

Between the awe-inspiring cinematography and the one-two punch of Williams’ score with effective editing, the Order 66 scene is a powerful piece of cinema. Regardless of our thoughts on EPISODE III overall, it’s time to give credit where its due and give a silent Boba Fett nod to one of the darkest moments of the prequel trilogy.