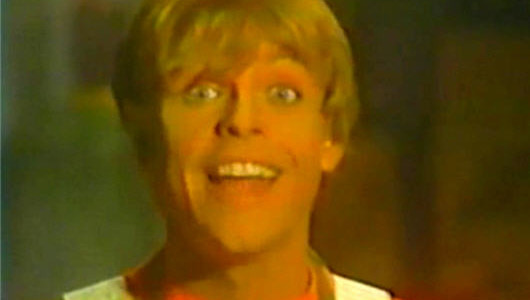 The Star Wars Holiday Special really does seem to come from another galaxy. A bizarre mixture of space fantasy and a variety show, the special existed mostly as a vehicle to keep audiences engaged in STAR WARS and to keep kids buying the toys until the release of THE EMPIRE STRIKES BACK in 1980. Airing once and only once on November 17, 1978, THE STAR WARS HOLIDAY SPECIAL has never received an official home video release and George Lucas himself has expressed that if he had a sledgehammer, he’d smash every single copy of it. (Strangely enough, it remains part of the STAR WARS canon, which is sure to enrage Jacen Solo fanatics even more). 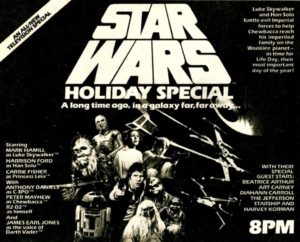 On this last week’s episode of SATURDAY NIGHT MOVIE SLEEPOVERS, Dion and Blake discuss this weird little moment in STAR WARS history that became a cult oddity throughout the ‘80s and ‘90s before the days of YouTube and Bit torrent. The podcasters mention at the top of the show that they may be the only two people to ever make an attempt at a loving look back at the tale of Chewbacca making it home for the holidays instead of simply making fun of it…and there is plenty to make fun of. 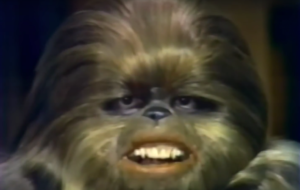 One of the highlights of the special was the introduction of Boba Fett through a very cool animated segment from Nelvana that unfortunately was never adapted into a television series.

Dion and Blake as always included plenty of history, trivia, and nostalgia into SATURDAY NIGHT MOVIE SLEEPOVERS, and even touch on the Jonestown Massacre which occurred the day after the holiday special aired. Listening to Blake and Dion is also considerably easier than sitting through the actually HOLIDAY SPECIAL, even with the assistance of the Rifftrax gang. 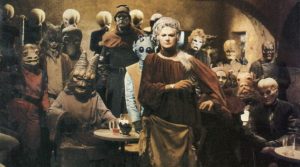 SATURDAY NIGHT MOVIE SLEEPOVERS can be found iTunes and where ever podcasts are sold!