Home  ⁄  The Wire  ⁄  [STAR WARS WEEK] These International STAR WARS Posters Only Seem Like A Galaxy, Far, Far Away 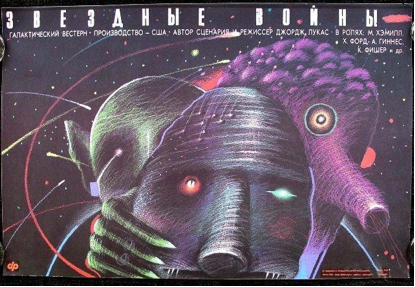 STAR WARS hit the big screen in 1977, it quickly became a true cultural phenomenon. It played in some theatres for over a year, destroyed box offices records, and created a legion of lifelong fans. (Who were loyal enough to forgive the ill-fated Jar-Jar Experiment of ’99. Eventually.) In short, it’s the kind of film that has the word “iconic” attached to it in many ways. Everything from Ben Burtt’s sound design to John William’s majestic scores is referred to in this way. But as someone who tweets nothing but movie posters, it’s the incredible artwork of Drew Struzan that really speaks to me.

I don’t even have to put a picture up, do I? It’s already in your minds eye. Luke Skywalker, lightsaber held aloft, Leia at his feet, Darth Vader’s helmet looming behind. U.K poster Tom Chantrell also created a stunning poster for the initial release. But just because something is “iconic”, doesn’t mean its untouchable. Every country likes to add their own spin on movie posters, sometimes due to cultural or political reasons. And sometimes for reasons I can in no way explain.

So, without further ado, here’s some of the more unusual, interesting or just downright weird posters from the STAR WARS Universe.

Thai posters tend to be pretty busy, with the artist cramming as much detail in as they possibly can. Here however, they stick almost exactly to Tom Chantrell’s original. Unfortunately, they seem to have confused it with an H.G Wells novel. 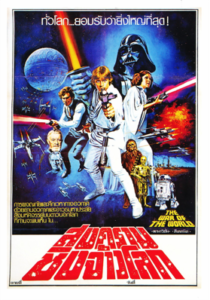 Okay, let’s break this one down. Luke is apparently attempting to explode our heads like a Scanner, Leia is a well-armed High Elven princess, Darth has invented photo-bombing, C3-PO is utterly terrified and Chewie has just been told a great joke by R2-D2. I’m not sure if I hate this, or want to paint it on the side of a van. 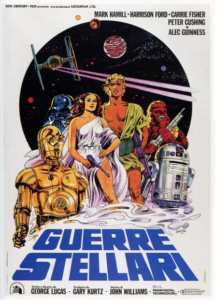 Japan goes for a more photographic approach, but for some reason, exiles poor old Obi-Wan off to the right, making him look like a dashboard ornament. A nice cameo for that one Stormtrooper that was shot in the detention wing, though! 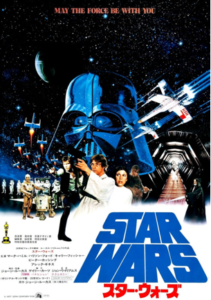 And here’s where communism makes things take a bleak turn. Seriously Poland, what the screaming hell is this? If I was ever going to write STAR WARS/EVENT HORIZION crossover fan fiction, THIS would be my inspiration. Sure, I’m aware most Eastern Bloc posters were created by people who hadn’t seen the film, but removing C-3PO’s eyes and flinging him into the void is COLD, man! 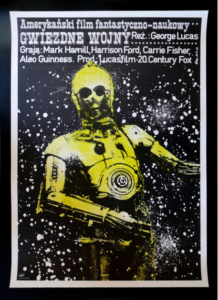 Hungary, do we need to talk? Darth Vader has apparently dismembered R2-D2 to use him a shoulder pads in his half-assed ABC Warriors cosplay, Luke is attempting to destroy an innocent wardrobe, and some stoned-as-fuck Eldritch horror is waiting to stab me with a knife designed by Dali. All in all, I’m not sure it’s an accurate representation of the upcoming cinematic experience. 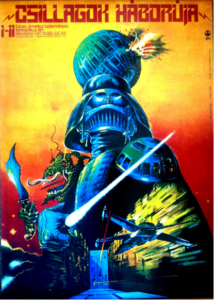 Nothing to outlandish in this poster, although Luke does seems to be silently pleading with us to remove whatever is attached to his back. But damn, that’s a fun title to say! For added fun, try saying it in the voice of James Earl Jones. 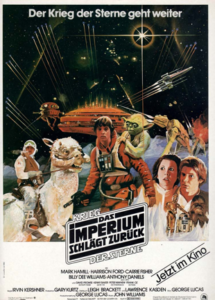 I have nothing to say about this Japanese EMPIRE STRIKES BACK poster, except that it’s amazing and I want to make sweet, sweet love to it all night. I may have shared too much 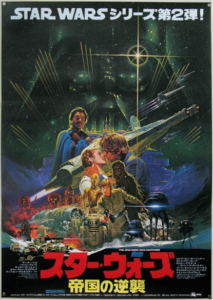 Those wacky Hungarians strike back with this slice of Cold War insanity. Imperial walkers become David Cronenberg-esque body horrors, there’s a line-up of robots who seem to have sprung from the cover of a 40’s pulp magazine, all set before a sun going supernova. Yoda not pictured, because the artist would have tried to render him as an eight-dimensional space toad that extrudes rainbows. 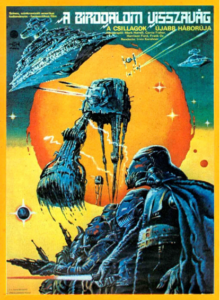 Poland apparently decided Star Wars needed to be less pop culture and more pop art. Yoda seems unimpressed to be transparent, and the four stripes on his lapels make me think it’s an old picture from his army days. 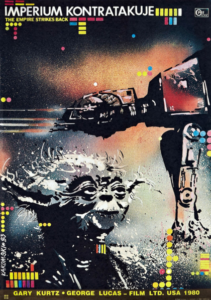 So, they just told you the title of the film, right poster guy? I man, it could have meant anything, yeah? You probably overheard the word “Star” in there somewhere, downed a few shots of bootleg vodka and went to work. I’m not saying I don’t like it, of course. 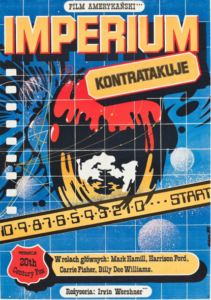 Oh, dear lord. Hungary one-ups their ESB posters with a lost speeder biker, a picture of a Troglodyte stolen from a DUNGEONS & DRAGONS knock-off and Darth Vader minutes after that unfortunate ocular incident with his Kenner Death Star play set. It was all fun and games until… well, you know. 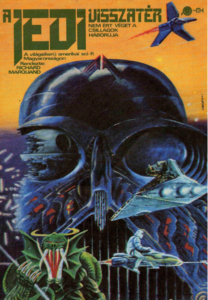 Darth’s last words were “So what happens if I push THIS button?” 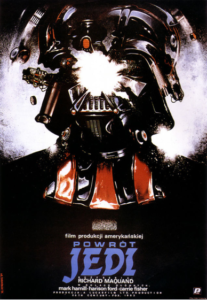 And so we get to Russia, which released the STAR WARS films year after they played in the States. Why they tried to promote it as some sort of psychedelic space-western, I’m still not sure. 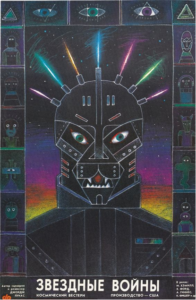 …Or whatever the hell this abomination is.. 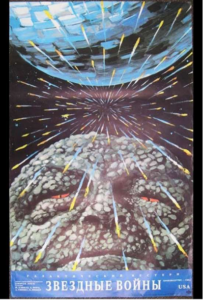 …Or created a race of Mutant Space SNORKS. 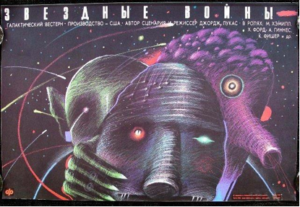 And now I want to see those movies.

Especially the SPACE SNORKS One.

The Distorted Kiwi is a 40-ish New Zealander who has been a B- fan since his early teens. He has seen more movies starring Bruce Lee impersonators than Bruce Lee ever made, and currently shares movie posters and bad jokes on his Twitter account.