The original STAR WARS was released in 1977 just as the genre of music known as “yacht rock” was beginning to hit the waves. While STAR WARS may not be as smooth as an AIRPLAY record, it did happen to become a cultural phenomenon that is still with us today…just like yacht rock. BEYOND YACHT ROCK is one of my favorite podcasts to listen to these days and since David, Steve, Hunter, J.D. and K. Preson Merkely (Ocean City Defender himself) are all about my age and share the same oddball taste in music, I really wanted to know what they thought of George Lucas’s space opera. 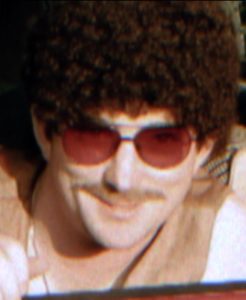 As I entered high school, people didn’t seem to care about STAR WARS anymore.  I organized a holiday—much like Life Day from the STAR WARS HOLIDAY SPECIAL special—called “International Wookie Day”, and encouraged everyone to carry a Wookie of their choice in their shirt pocket.  It happened to be yearbook photo day. If you look in Portage Central’s 1994 High School Yearbook, you will see an oddly large number of photos of people with Chewbaccas in their left shirt pocket.

After I graduated high school, there was talk of making some new STAR WARS movies.  To get us all excited, they shined up the originals with new theatrical releases known as the SPECIAL EDITIONS“.  It’s claimed that Lucas made the changes to finally make the film the way he first envisioned it, but that’s pure horseshit.  Especially in regards to  JEDI. He removed the sweet Disco Jam, “Lapti Nek” from the scene in Jabba’s palace, and then removed the Ewok Celebration song at the end. Apparently, the songs that dated the movie to 1983 “Weren’t part of his original vision.”  Fuck that guy.

That’s when I was done with the STAR WARS franchise.  The movies since then have been about as inspired as a wet fart. 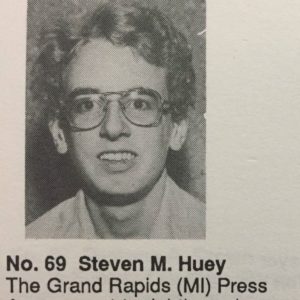 I first saw STAR WARS on Showtime in the early ’80s. My parents taped it so I could watch it whenever I wanted. For some reason, though, Showtime never played THE EMPIRE STRIKES BACK and so when RETURN OF THE JEDI hit theaters, I watched it – eagerly – without ever having seen the second part of the trilogy. I don’t even remember how I found out that Darth Vader was Luke’s father, but it sure as shit wasn’t a mind-blowing dramatic reveal.

As a child, STAR WARS taught me two things: the deep resonance of bastardized Eastern spirituality, and the importance of “Collecting Them All.” The Force, of course, was very much like the Chinese concept of the Tao, turned magical and psychokinetic. To me, a nerdy kid who was obsessed with mythology (among many other things), the Force was not just the energy that flowed through all existence, it was the mystical Star element that elevated WARS way above TREK. Planting that seed in my brain at a young age helped make it easier, later on in life, to start to understand the much deeper spiritual concepts in Taoism and Zen Buddhism. Which, in turn, have (so far) helped me avoid the expense of going back to therapy. Among the many, many, many mistakes of the prequels, the biggest one to me was trying to ground the Force in observable “scientific” phenomena, which cut the mythic underpinnings out from under (what passed for) the storytelling. At least we got to see Yoda in a lightsaber duel, I guess.

The other immediate impact of STAR WARS on my impressionable young mind was to train me into becoming a good consumer and slave to mass culture. Too many available action figures to count, too many expensive vehicles and playsets to collect (but each one came with a booklet to let you know how much more there was to buy, and as a nerd, I had to know EVERYTHING). Kids’ entertainment was intensely devoted to shows about collectibles for the rest of the ’80s – MASTERS OF THE UNIVERSE (I actually did have that whole collection at one point, and then they introduced a bunch of new characters like a month later), STRAWBERRY SHORTCAKE, GOBOTS, TRANSFORMERS, CARE BEARS, G.I. JOE, RAINBOW BRITE…on and on. Every new toy line, for boys AND girls (but especially boys), copied the STAR WARS model of making more products than could reasonably be consumed, and then crafted narratives around the characters so you’d have a reason to buy several extreeeeemely similar-looking dolls or action figures cast in virtually the same molds. Capitalism in action! I no longer collect toys, but as a onetime music critic, I have turned my dining room into a library for around 4500 CDs (and am apparently one of the last ten or so people in America who still buy CDs, because, I mean, quitting now would be like admitting I was wrong). 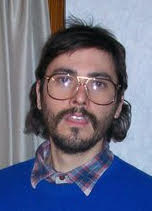 STAR WARS – 3 good movies, 3 terrible ones, and another that makes me fear the coming onslaught of content with just enough nostalgia to keep us from noticing it was made entirely for the Chinese market… Yes, Boba Fett is great. Yes, Midichlorians are perfect for science fantasy. Yes, it wasn’t creepy that Leia was pursued sexually by her teenage brother and a 30 year old criminal. All of these things are known.

But what’s never been openly discussed is how incredible Jefferson Starship’s performance of “Light the Sky On Fire” from the STAR WARS HOLIDAY SPECIAL is. It’s art to the nth degree, a masterstroke of pop culture. To the TV exec who saw a connection between Star Wars and Starship when others couldn’t… bravo, you earned your cocaine for the week. To the art department who gave Marty Balin a glowing dildo to sing into, you too, get yourself some of that cocaine. But David Freiberg you’re the real hero, strapping a keyboard to your shoulders so you could rock out with the rest of the band? Inspirational. Especially considering he had to compete with that beefcake Native American on guitar. Every time I watch the Holiday Special (and that’s a lot), I’m reminded how large a role Jefferson Starship and their superfluous grooves played in the destruction of the 2nd Death Star. Without them, who knows if Chewie would have been reunited with his family and then promptly left. This should be known.
J.D. RYZNAR 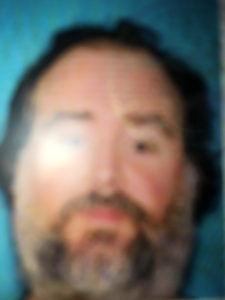 I want to love STAR WARS movies, but the more I watch them the less I like them.

My favorite example is ATTACK OF THE CLONES. I was so hungry for a good STAR WARS movie after PHANTOM MENACE broke my heart, that the first time I saw CLONES, my mind was blown! Yes! Another good STAR WARS movie. This has it all! Wars. Stars. I love it!

But since this was the first film ever shot entirely on digital, the marketing was telling me I had to see it projected digitally to get the “full effect.” So, I went to a theater that had state-of-the-art digital projection and discovered that the “full effect” was that the movie was garbage.

Maybe the problem was that I wasn’t seeing it on true, three-story Imax. So I did. And I realized it was one of the worst movie’s I’d ever seen. If I had seen it just the once – I’d have warm memories of possibly my favorite Star Wars movie. But marketing pushed me into the theater again and again. Now, I think it’s a booger. 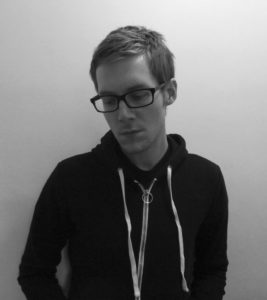 I first saw STAR WARS when I was 8 years old and I fell asleep half way through. It wasn’t until a few years after half-seeing it that I tried again and fell hard in to my obsession with the franchise. Soundtracks, VHS tape collections, books, games, toys, RPGs; I had a ton of shit. At the age of 28, I was finally throwing out the faded and torn STAR WARS comforter I slept under for most of my life. Growing up, I wanted to be Hal Solo. But that was – and still is – pretty unrealistic. At the same time, I also wanted to be John Williams. And while that is fairly unrealistic too, it was actually possible to try. So I started writing music.

Listen to BEYOND YACHT ROCK at Feral Audio!