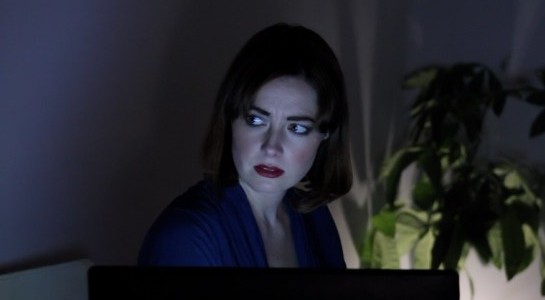 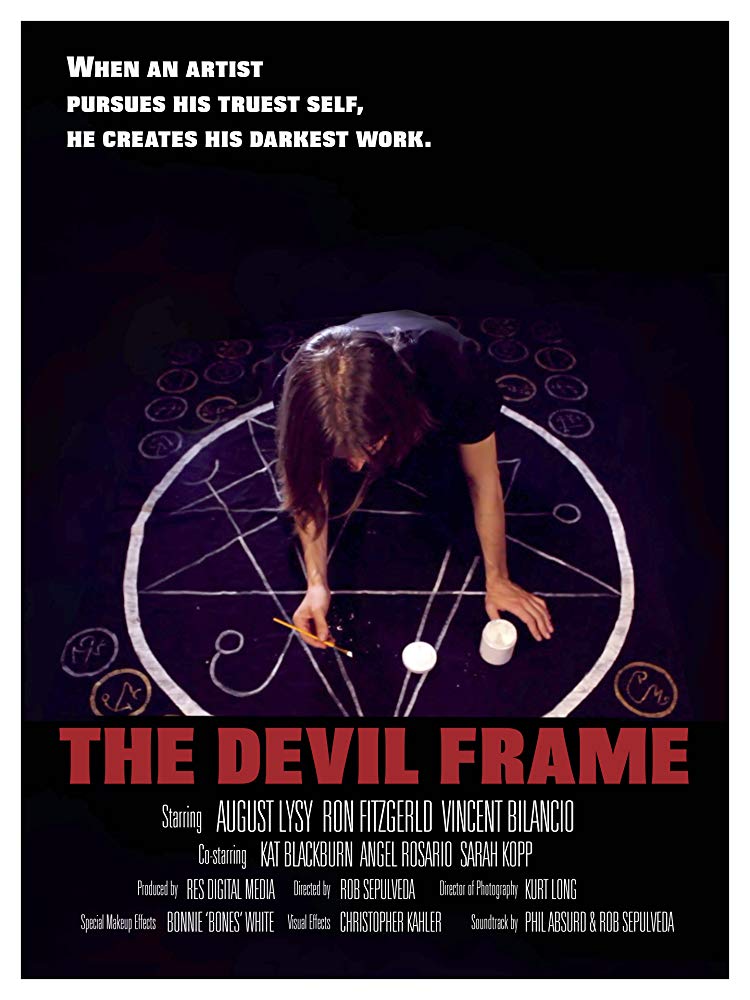 The art world is filled with passion and conviction. This is part of what often makes artists great characters in horror movies. No matter what, there is something about a creative type in a genre film that is just more compelling. This is absolutely the case with THE DEVIL FRAME. 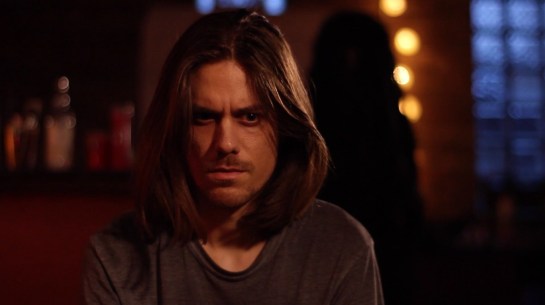 When struggling artist and photographer Dean McCallin (August Lysy) returns from an assignment where he witnesses the ritual voodoo painting ceremony, the experience embeds itself so deep into his psyche that the line between reality and magic become blurred. It becomes an addiction that he must feed. He can’t stop painting the symbols and the images from the ceremony. 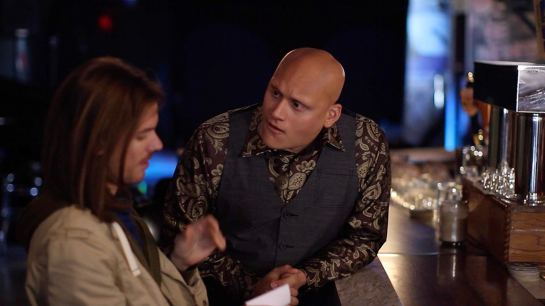 He seeks advice from a mystical tarot card reader named Ramon Sauza (Ron Fitzgerald). Ramon tries to guide Dean in how to use the power of voodoo the right way, but Dean doesn’t want to listen. Dean’s luck is turning around, and the artwork he is producing is all the rage. Soon Dean’s obsession with voodoo manifests itself in a dark and powerful entity and all hell breaks loose. 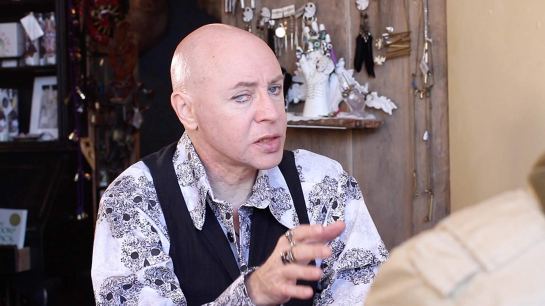 THE DEVIL FRAME is a micro-budget indie horror film that does an extraordinary job telling it’s story with limited resources. Since the movie was filmed in Chicago, it filled my heart with joy to see local businesses like Sideshow Gallery and Gallery Cabaret used as set pieces. Also seeing local Chicago horror-scene celebrity Ron Fitzgerald in the film made me smile. 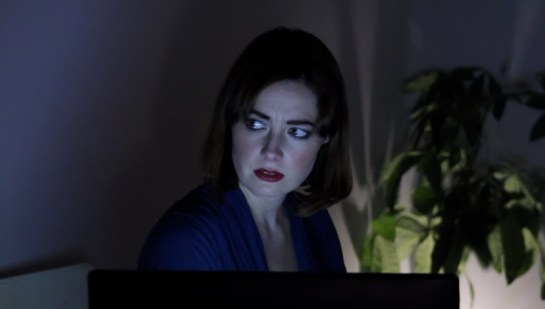 The whole atmosphere of THE DEVIL FRAME gave off a 1990s WISHMASTER vibe, but without being so campy. When the movie opened with a struggling artist, I was expecting something very Roger Corman-esque, reminiscent of BUCKET OF BLOOD. What I got was something more, along the lines of the INSIDIOUS or THE CONJURING universe. 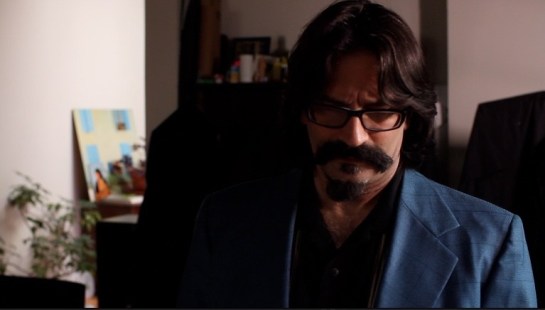 The characters were nothing ground-breaking, but at the same time they felt realistic. Most of them were completely unlikeable. I looked forward to seeing these cretins killed off. The dramatic tension between the characters really helps to move the story along. Which, is a good thing. There isn’t much action.

Somewhere around the halfway point in the movie, the plot gets a bit muddled and everything gets overly weird. There is a psychedelic Satanic vibe going on. I personally love this aesthetic in horror movies, so I’m digging it. 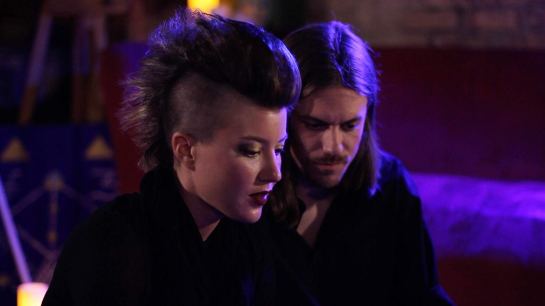 THE DEVIL FRAME is a neo-noir film that uses a voodoo angle in an original and fresh way. It’s a great mix of VELVET BUZZSAW and SERPENT AND THE RAINBOW. If a suspenseful slow burn of a voodoo thriller with some powerful imagery and a climax that makes it all worth it sounds like it would be your thing, then you should check out THE DEVIL FRAME.