Cleopatra Records has put out some of the best underground music throughout the years. I had no idea that they had a hand in making movies as well. Knowing a little history about the record label, I had a preconceived notion that DEVIL’S DOMAIN was going to be a great goth/punk/heavy-metal horror joint, and it did not fail to live up to my expectations. 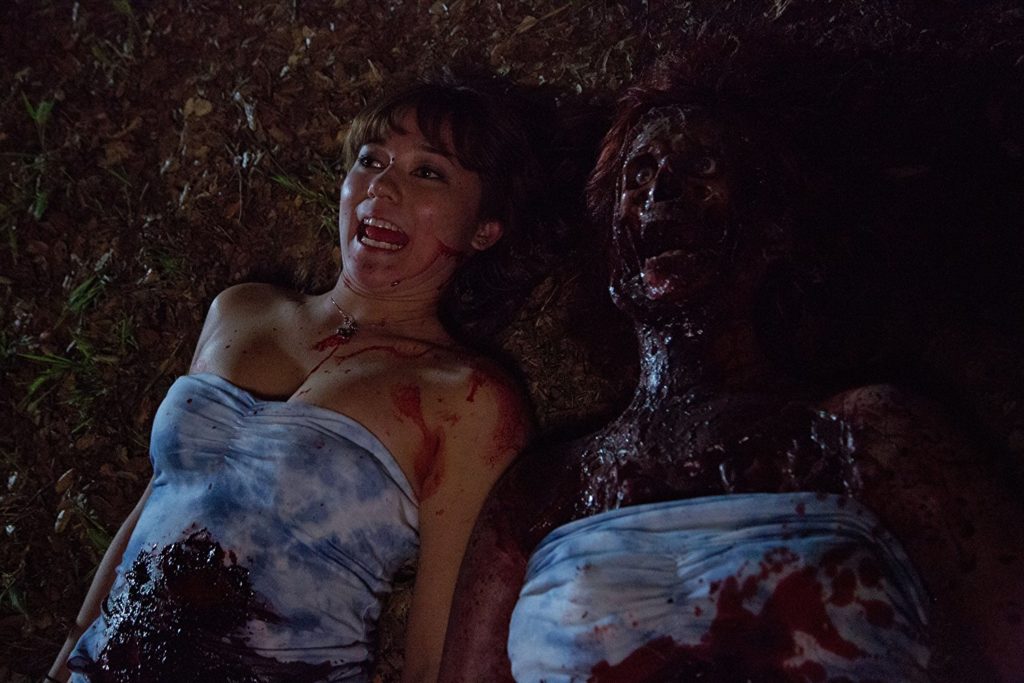 I instantly felt for our protagonist Lisa (Madi Vodane), a teenaged girl who gets bullied, and due to body image issues, she suffers from bulimia. Thankfully, her supportive father Bill (Michael Madsen) tries his best to be there for her. Madsen is perfect in this role — I’d love to see him playing a nurturing father in every movie. 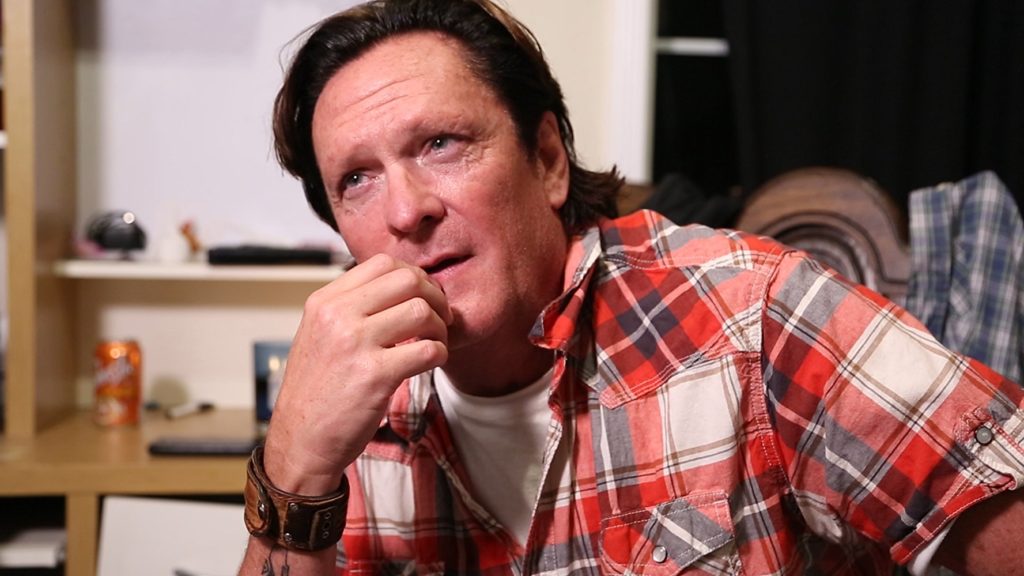 High school is hell, and Lisa is tormented constantly. All the interactions seem realistic. The homophobic bullying really hit close to home — so much so that it gave me anxiety. But when Lisa finds a creepy note in her locker, it made me smile: DEVIL’S DOMAIN is starting to have a very 976-EVIL feel to it. 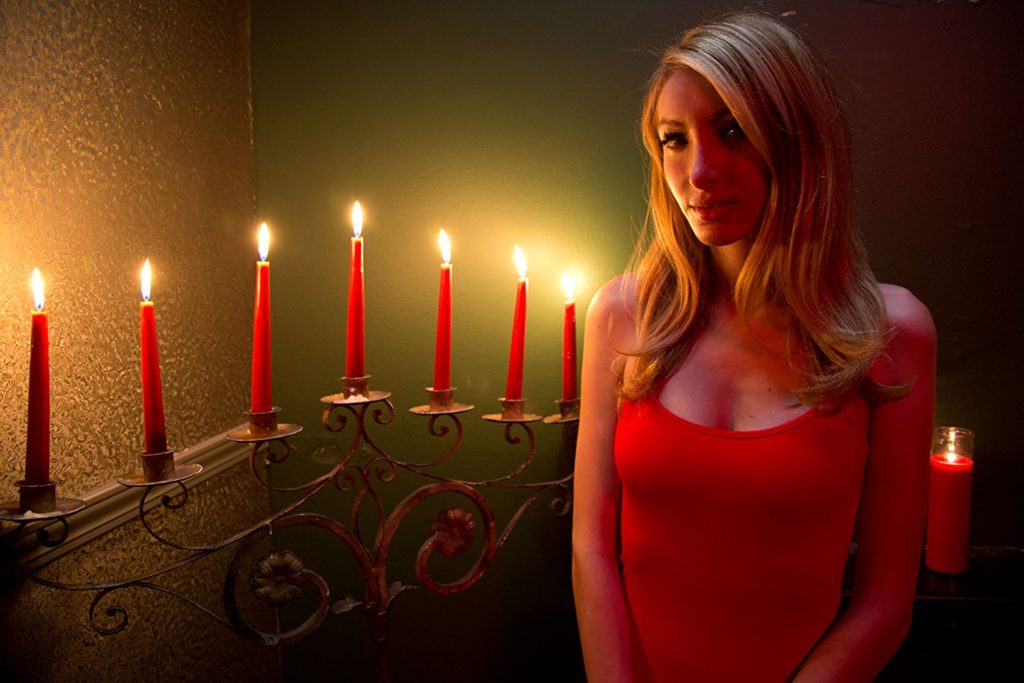 Somewhere along the line, Lisa made a deal with evil forces to have all of her enemies killed off. There’s nothing I like more than to see bullies killed off, and if it’s by demons, all the fucking better! The demonic torture scene is totally cheesy, awesome, 1980s-flashback fun. There is some great practical gore — the CGI stuff was unnecessary, but overall I really dug it!

Little do the mean girls (and guy) know that Lisa has made a deal with the Devil, and instead of taking it easy on her, the one “friend” that Lisa trusts, Andrew (Zack Kozlow), plants cameras in her bathroom and her bedroom, records her binging and purging, and posts it on the internet: Some seriously fucked up cyber bullying. All hell breaks loose, literally. Teenagers are the cruelest, and in this case they’ll pay for that shit with their lives. 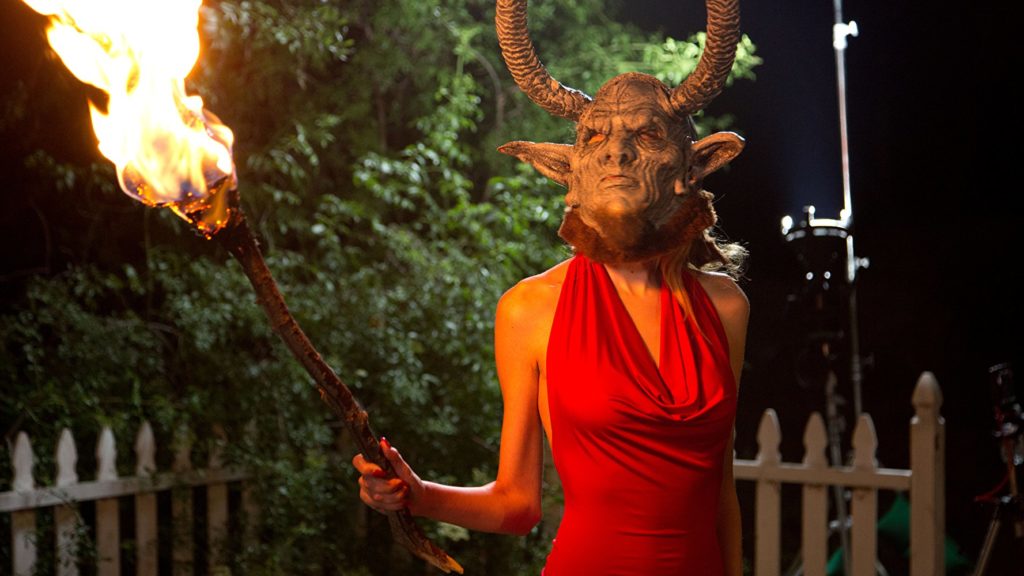 DEVIL’S DOMAIN has a very 1990s vibe to it. There’s even a cameo by hip-hop veterans Onyx at a high school keg party. Between the pseudo-industrial score, which sounds like something Trent Reznor of Nine Inch Nails would have come up with in 1994, to the awesome Satanic goth cult, all the way to the special effects that have the quality of something put together on a Full Moon Films shoot back in their heyday, DEVIL’S DOMAIN doesn’t feel current. The film may feel a little retro, but it works. 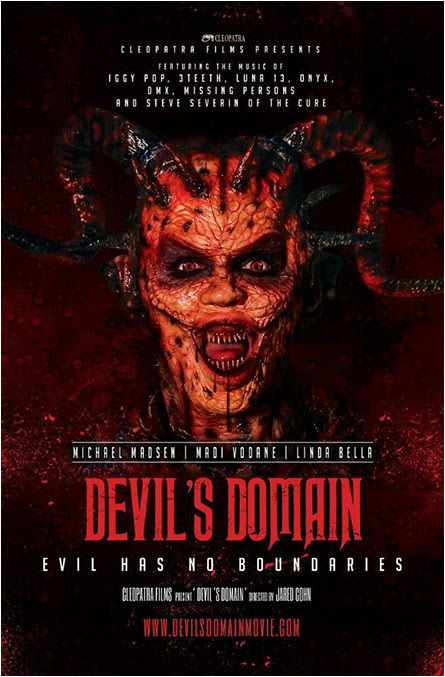 My only real complaint is that the third act really lost me. Besides killing bullies, the demon grants wishes, and there is a whole reality TV show aspect mixed in. What plot is left really falls apart at that point, and the climax of the film just left a sour taste in my mouth.

Aside the disappointing ending, DEVIL’S DOMAIN is a fun throwback to the Satanic panic films of the 1980s. Tits, gore, and a great soundtrack — you can’t ask for much more. 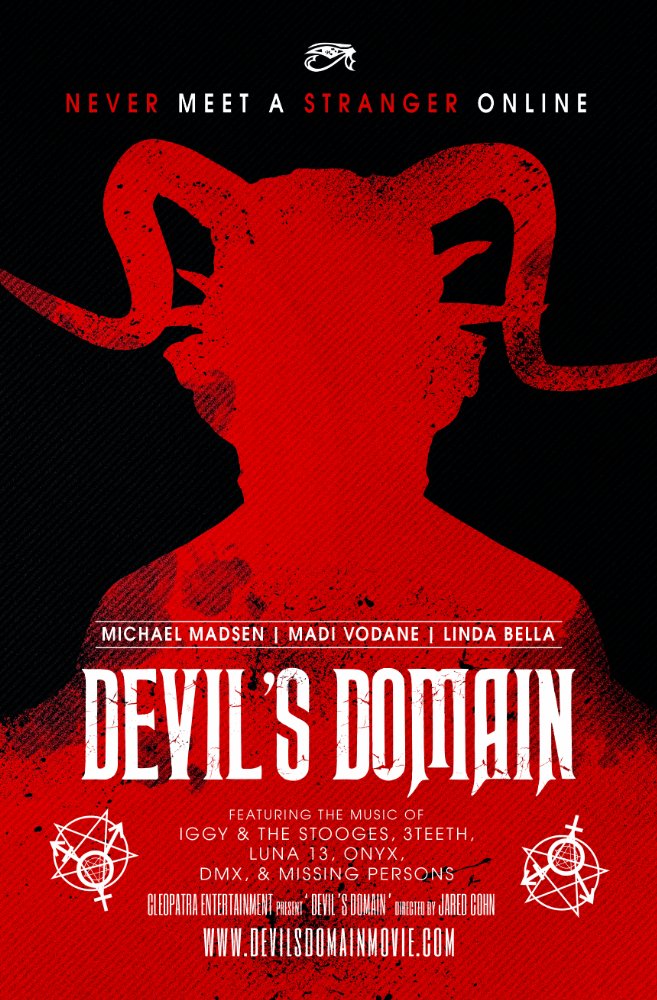