“I find a space that no one else occupies, and it becomes mine.” That’s legendary musician Bobbye Hall referring to her work in one of the many songs she recorded with Bill Withers, but it also becomes the thesis for TOMBOY, which was scheduled to premiere at 2020’s South By Southwest festival and compete in the 24 Beats Per Second category.

The documentary—Lindsay Lindenbaum’s full-length directorial debut—follows four women percussionist for over five years at vastly different stages of their lives and careers. Hall got her start as a journeywoman percussionist and incredibly versatile percussionist on various Motown productions before her skill and reputation eventually put her on the records and on the road with the likes of Carole King, Bob Dylan, Stevie Nicks (“That woman knows how to party.”) to name very few. 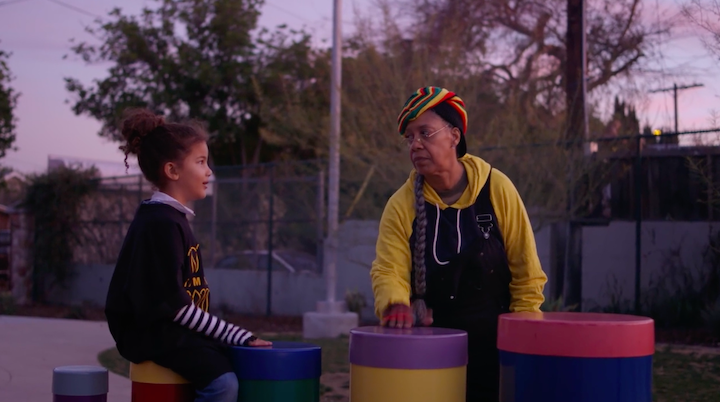 The movie meets Hall in her late 60s, and her story combines pride, regret, and wisdom in equal measure as she lives her life, including teaching her granddaughter the basics of making and keeping a beat and donating some of her most historically significant instruments to the Motown Museum. Throughout the film’s run, she serves as its heartbeat, sounding both warm and slightly weary as she outlines the lessons she learned in her decades of steady success. Hall is clearly a woman used to creating just outside the spotlight, and she makes it clear that she’s not one to usually open up about herself. That makes it all the more poignant as she unfurls about both her past and what she sees for the future, setting a mighty stage for the younger women to step on to. 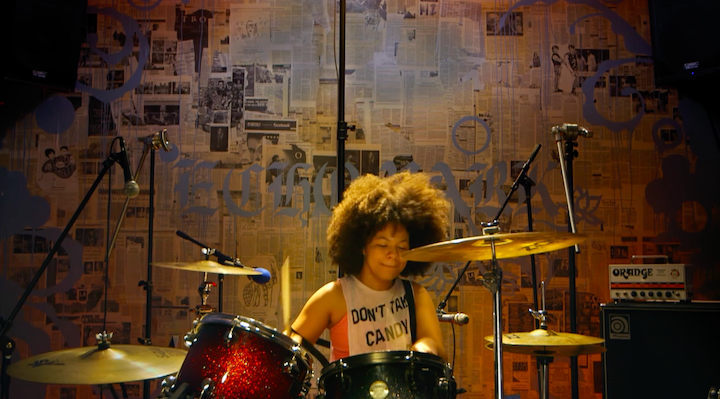 On the other end of the spectrum of age and experience, we meet the young and brilliant Bo-Pah Sledge, a wunderkind rock ‘n’ roll drummer. Her home life is vibrant and full of support and love, spearheaded by her father, who suffers from multiple sclerosis. Throughout the filming, we’re shown that Bo-Pah was a bright kid who becomes a capable and fearless teenager while having to bear the weight of a heartbreaking tragedy. In each scene, we see a pure musician who’s completely enamored with creating music and views success as a means of getting more opportunities to create, and the footage of her surrounded by the Sledge Grits Band, which is made up of Bo-Pah and her similarly talented sisters, is incredibly inspiring. The fact that their single featured in the film is so insanely solid only helps.

Chase Noelle from the New York-based band BOYTOY is an androgynous powerhouse who juggles an in-band romantic relationship with the uncertainty of touring life, where chaos and mundanity seamlessly switch off with each other when on the road. She notes that returning home after touring is an existential crisis, and she often looks as though she’s in the thick of processing everything at every moment. Unlike with the other three woman, Noelle is currently at the stage of her career where ceaseless touring is necessary to build her band. Because of that, her scenes work more as illustrations of the endless work that goes into the strange and uncertain terrain of trying to make a living from music in the 21st century, and her story is very much in progress. 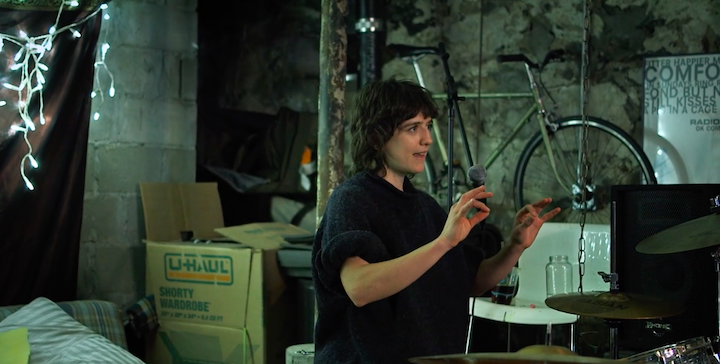 Samantha Maloney is the featured subject I’m most familiar with as I was a huge fan of Hole’s music as a teenager and I remember her hitting hard while appearing down-to-earth amid the rotting glamor aesthetic of the “Celebrity Skin” album era. She seemed so together to me back then, but finding out she was only 22-years old when she joined up with the band staggers me now. A passionate drummer since childhood, Maloney later toured with her heroes that inspired her to pursue drumming—the hyper-masculine Mötley Crüe—arming herself with her talent but also her tendency to be a laid-back, go-with-anything tomboy. The footage of her interacting with them comes off as a sister gamely hanging out with her rowdy older brothers: No matter how gross they get, she’ll act cool about it because, surely, she was meant to be there. With both Crüe and Courtney Love, we see through her that the on-stage dynamics of the drummer keeping the steady pace while retreating behind outsized personalities can easily translate into real life. 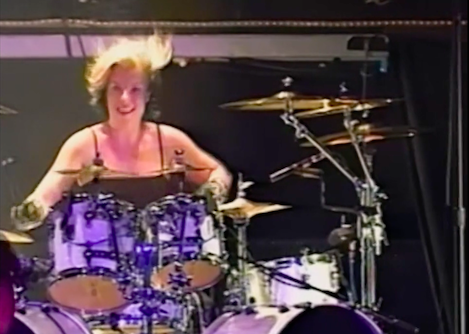 Maloney’s story is one of the most common and tragic we encounter when it comes to women in the arts. Amid footage of packed stadiums and world tours, she opens up about her heartbreak about not attempting to start a family at a younger age. She experienced amazing success, but when she finally had time to start trying to get pregnant and her attempts were unsuccessful, she makes it clear that she personally doesn’t believe women can “have it all” when it comes to balancing starting a family and the level of success that completely absorbs time, body, and energy. It’s a raw admission after seeing a beautiful and vibrant woman accomplish so much, and its honesty is another running theme in the documentary. You can absolutely achieve incredible things, which TOMBOY lays bare, but you will have to sacrifice every step of the way.

There’s archival footage and a small handful of direct interviews throughout, but TOMBOY is much more concerned with letting the events and the women’s stories breathe. Lindenbaum’s camera trails behind them as they walk their dogs and spend time with their loved ones and waits patiently as they go through photographs from the touring life. It’s a refreshing throwback to traditional hands-off documentary filmmaking, and in that approach, the stage is set for the audience to pay respectful but rapt attention to these women. It may have been a more expected approach to use a more aggressive, fast pace to match the beat with the kinetic drumming on display here, but in sidestepping that, the person finally steps out of the shadow of the legend, the fame, and the burgeoning notability.

TOMBOY isn’t a film about the history of lady drummers and it has nothing to preach. Its parade of intimate portraits instead work to frame what it means to be an artist, and what that translates to when you balance that with the expectations of womanhood. Like the best music, it’s as heartbreaking as it is affirming.