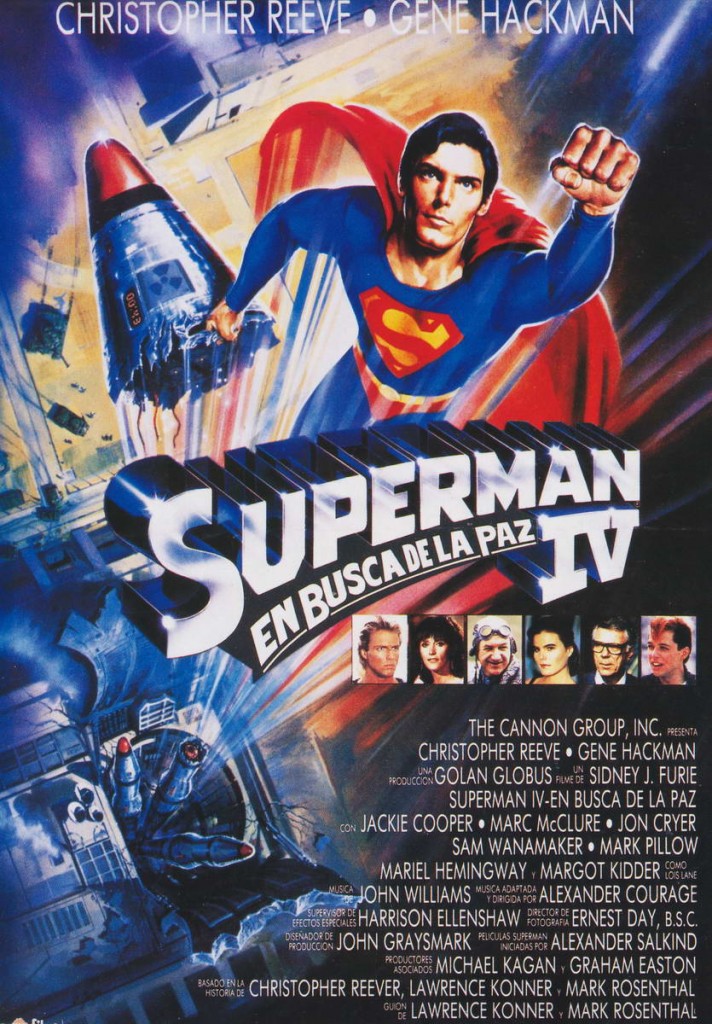 SUPERMAN 4: THE QUEST FOR PEACE set the standard for comic book flicks. From groundbreaking special effects to a stunning narrative, director Sidney J. Furie painted a masterpiece that hacks like Bryan Singer and Christopher Nolan attempted to duplicate, only to fail miserably.

Last but not least, SUPERMAN 4 took on weapons of mass destruction over 13 years before George Jr. made it fashionable! A cinematic landmark, to be sure.

Fun fact: Before they ultimately decided to take on nuclear arms, SUPERMAN 4 was originally going to focus on saving endangered whales. During the finale, Superman becomes frustrated with Earth’s adamant hatred of the ocean’s largest mammal and ends up collecting all the whales in a huge net and throwing them into the sun. The original title was going to be SUPERMAN 4: WE JUST CAN’T HAVE NICE THINGS. 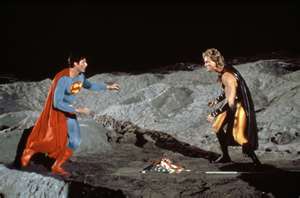