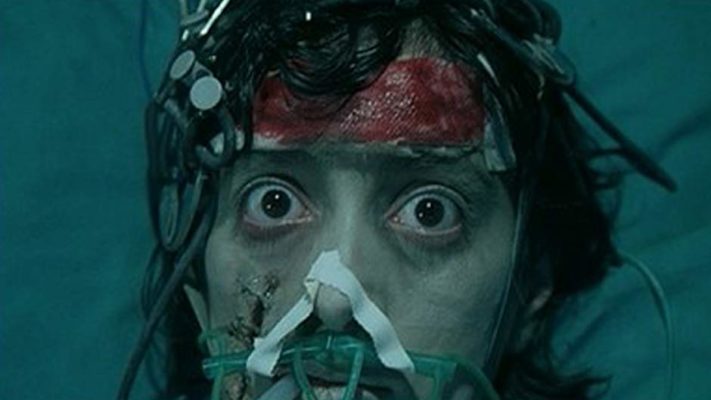 Some films are cursed by high expectations, which they can never achieve. This rarely happens in the exploitation field. In all honesty, the opposite is often true. Take, for example, the case of AENIGMA (a.ka. ÆNIGMA). I was compelled to watch it because it was co-written/directed by Italian maestro of gore Lucio Fulci. At the same time, I have seen enough of Fulci’s lesser efforts to know that when he misfires, the results can be damn near unwatchable (I’m looking at you CONQUEST). Since I had never heard anything about this specific film, I strapped in and prepared for a straight-up awful movie. Instead, I got something that felt like a late ’80s mixture of SUSPIRIA, CARRIE, and PATRICK directed by Lamberto Bava on a slightly off day. That is not exactly a compliment, but it is my very roundabout way of saying AENIGMA is not nearly the god-awful mess it could have been.

The set up is a classic (some may say clichéd). 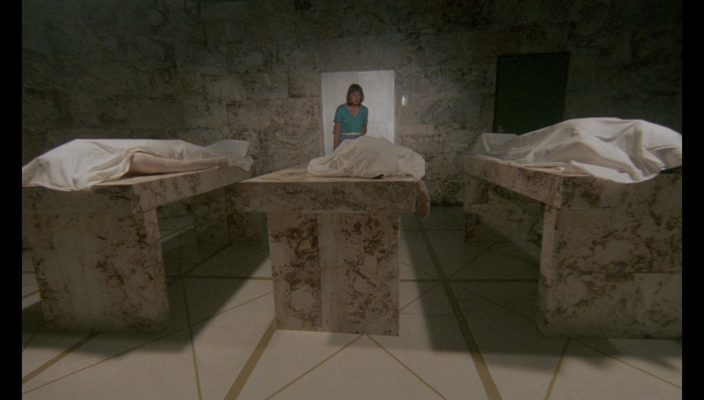 A group of entitled school kids play a cruel prank on awkward outcast Kathy (Milijana Zirojevic) that results in a tragic accident. After the accident, Kathy is trapped in a coma. Assumed by everyone to be brain dead, she is left to vegetate her days away in a hospital bed. But when new student Eva (Lara Naszinski) arrives at the school, those who tormented Kathy start meeting grisly ends. Eva’s strange behavior and tests showing Kathy as having odd brainwave patterns that are not in line with someone who is supposed to be in a vegetative state just happen to coincide. What a shock!

Meanwhile, Dr. Anderson (Jared Martin), Kathy’s neurologist, is quickly seduced by Eva. Never mind that he is written to be a good thirty years older than her (although Naszinski looks to be a thirty-year-old cast as an eighteen-year-old) and was brought to see her by the school for medical reasons—ethics be damned! Initially, it seems that this plot thread is going nowhere other than to provide another victim, but Fulci uses it to craft a look at over-heated obsession that would not feel out of place in a Lifetime Channel thriller. 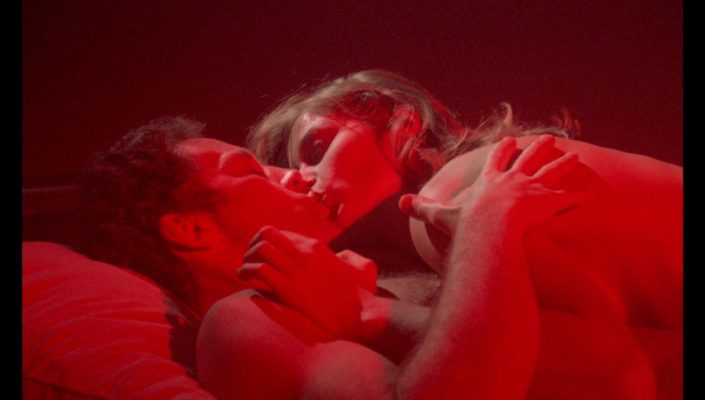 While the plot is cobbled together from pieces of better genre movies and there are the usual staggering lapses in logic found in most ’70s and ’80s Italian horror, Fulci does deliver with some impressive death scenes that include a young woman “snailed” to death (watch the movie and you’ll understand), an art museum sequence that turns creatively bloody, and a nifty decapitation. What is surprising, given Fulci’s reputation, is the relative restraint when it comes to the killings. While they are suitably bloody for what happens in each, they never go over-the-top in terms of the gore. I can’t decide if that is a compliment or a complaint. 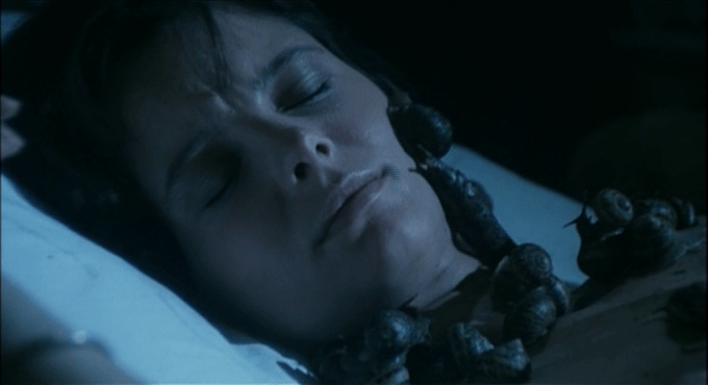 There is a surreal tone to the film outside of the murder sequences and the Anderson-Eva romance. Most of this has to do with setting the film in a women’s college, but writing all the characters to behave as though they are immature middle-schoolers. I almost wonder if the original draft of the script was intended for a younger cast, but the producers decided to change the ages of the characters to include a smattering of sex and nudity without changing any of the character attributes? I suppose I could probably research that idea, but frankly, AENIGMA does not warrant that much effort. 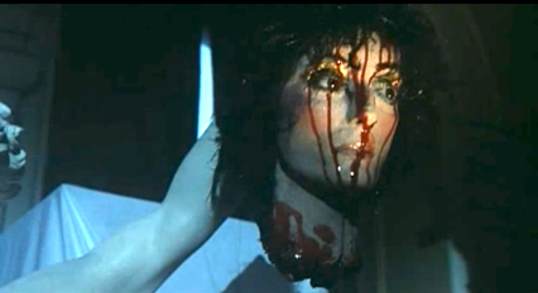 Despite all the strange touches that Fulci gives it (including some impressive visual flairs of a murder reflected in character’s eye and a hallucinatory sex scene), AENIGMA remains a fairly middle-of-the-road potboiler. A nice final twist aside, the plot driving the film is never nearly as interesting as the strange tangents that keep it watchable. There is entertainment value to be had; it just happens in short bursts between long stretches of exposition laying out what the viewer understood thirty minutes earlier. You can definitely do worse, but this one is really only for Fulci completists. 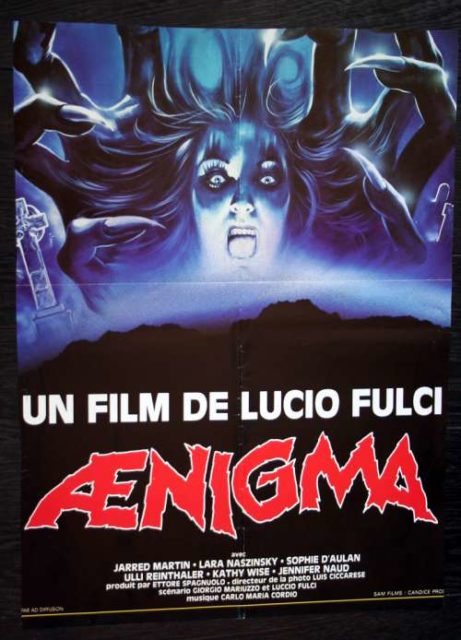