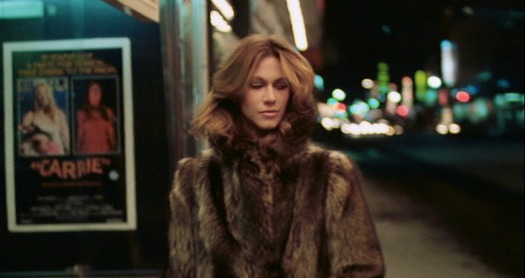 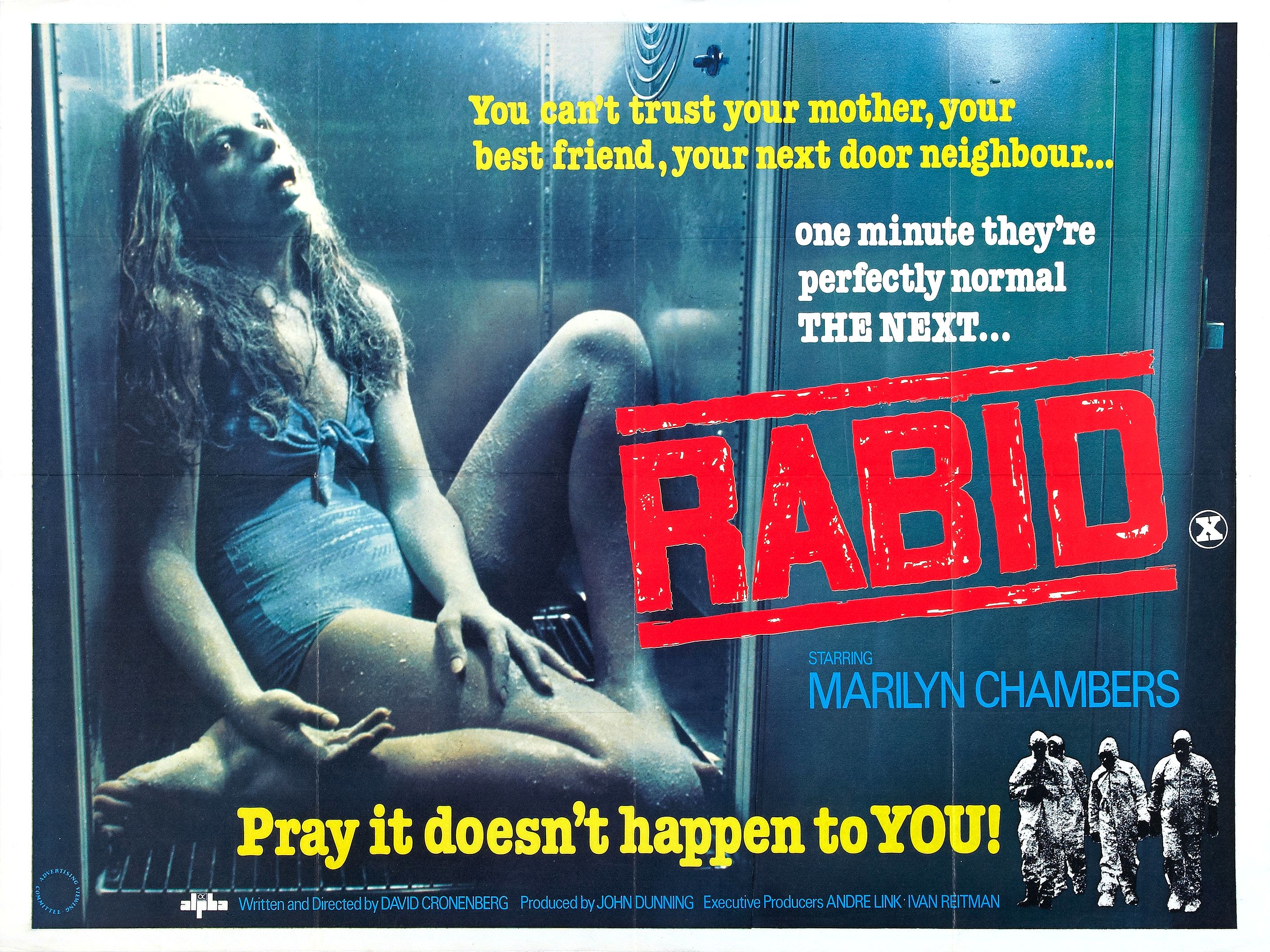 Science is awesome. Science saves lives, improves lives, and helps us understand the world around us. But, sometimes things go wrong, and that’s where the science fiction cautionary tale comes in. With cautionary tales, writers look at the potential technologies and trends of today, extrapolate, and explore what might happen when things go horribly wrong. This is a healthy thing to do, so long as one doesn’t allow caution to turn to fear and inaction. That fear and desire to stop progress, the anti-science wave, has certainly taken hold in the movie industry today. Perhaps it’s giving writer/director David Cronenberg and his 1977 film RABID too much credit to get into philosophical musings. But he’s a smart guy, and the film does deal with some issues like advancing technology and the ethics of treatment without always falling into backward looking future-phobia. 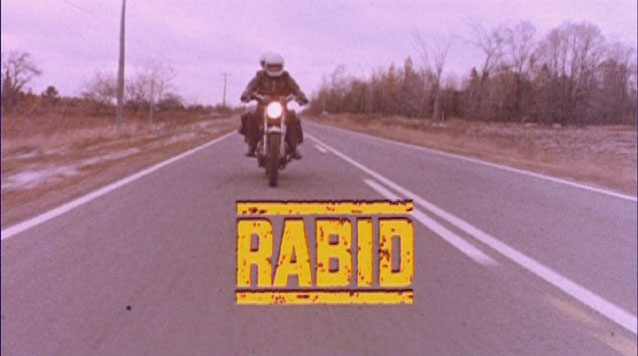 The first half of RABID is by far the most effective, with its secluded hospital, simple music cues, and almost lackadaisical buildup to the eventual horror. A young woman and her boyfriend are taking an idyllic motorcycle ride through the wintry Canadian countryside outside Montréal. Due to some idiot stopping in the middle of the road, they wreck, and she is horribly injured. As luck would have it, there’s a hospital specializing in cosmetic surgery nearby, and the doctors there have developed an experimental treatment for traumatic injuries. The young woman, Rose, is the perfect candidate for a trial run. Alas, human trials might be a bit premature. After some time in a coma, Rose wakes up, but with strange hunger and a somewhat animal intelligence. In the aftermath of her feeding, a new strain of rabies is unleashed upon an unsuspecting Canadian population. 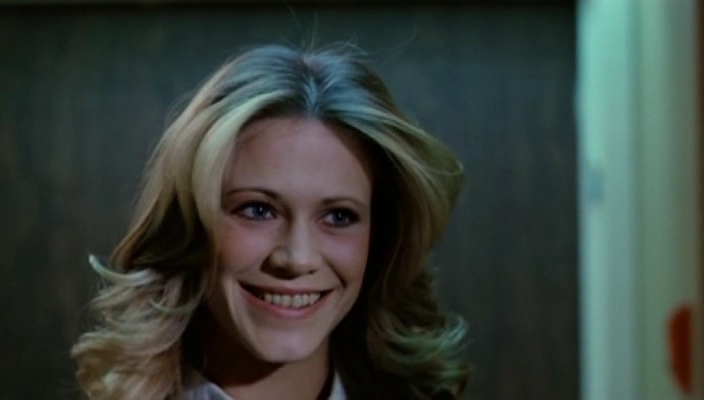 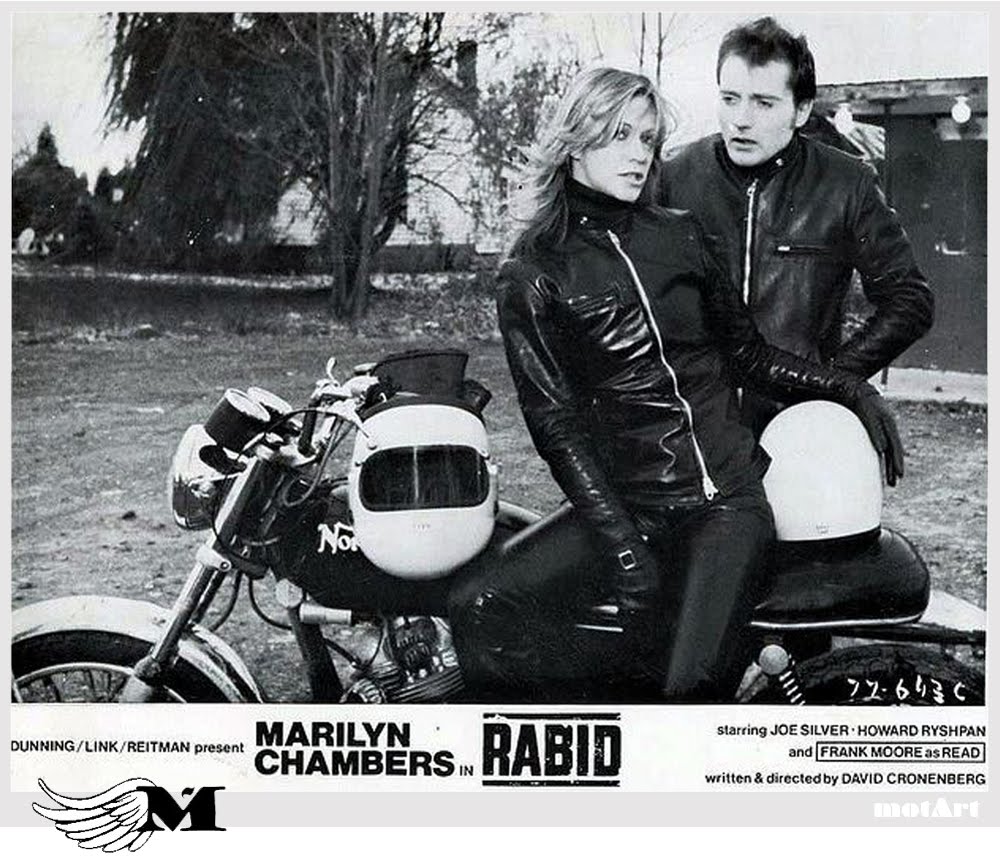 When it comes down to it, this is a horror film with a scientific bent as opposed to a film weighted more in science fiction. As it goes on, the horror movie aesthetic takes over and the science elements all but disappear. However, it helps crystallize some of what would become Cronenberg’s signature; the so called body horror which he would further explore in THE FLY, VIDEODROME, NAKED LUNCH, and others. A great deal of his film work, until the last decade (SPIDER seems to be the beginning of a new era in Cronenberg’s work), dealt with the visceral horror of the body rebelling against the self. 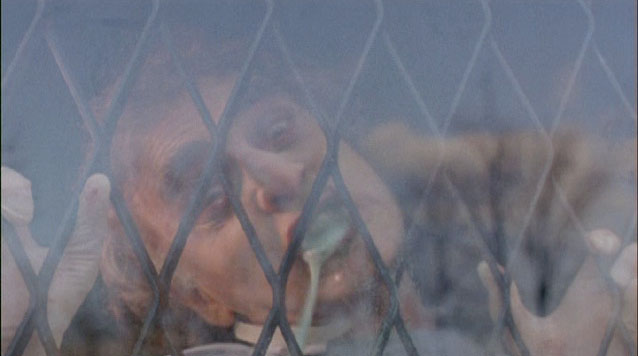 In this case, experimental skin grafts begin effecting the mind of its host. It’s like elements of her consciousness remain and try to surface while her rebelling body keeps dragging her down to a beast level. The body must feed, must spread its seed (the infection), even when her intellectual or emotional self doesn’t want to hurt anyone. The movie is effective and creates a great mood. But the second half falls apart somewhat, becoming a bit too slasher/plague movie, with some of the elaborate killings seeming out of place (why are victims driven to psychotic behavior taking the time to use industrial power tools?). But this is a foundation upon which Cronenberg would go on to build quite a mansion of madness. 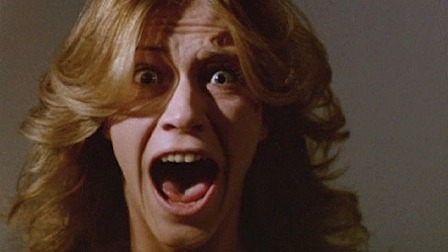 RABID is a must see for Horror aficionados, and a fair Science Fiction cautionary tale. It’s not Cronenberg’s best film, nor is it really a great movie at all. But there’s plenty to love.