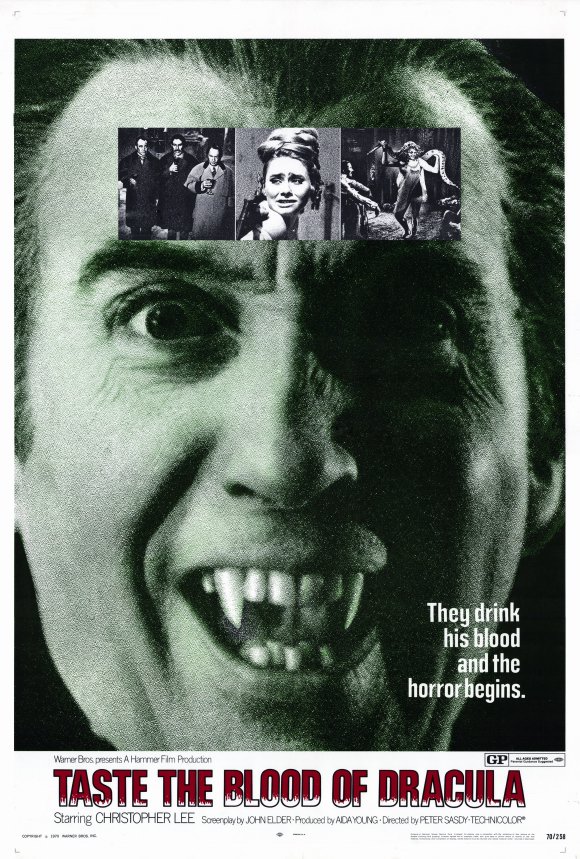 Bored with their monthly drug induced visits to the local brothel, a group of elderly thrill-seekers seek the wrong kind of thrill when they join a pompous young devil worshipper (Ralph Bates) in resurrecting his master, one Count Dracula (Christopher Lee). When the servant is killed during the ceremony, old Drac magically appears and is none too happy about his follower’s demise. In true vampire fashion, he sets out to destroy the men responsible.

This odd entry in Hammer’s Dracula series wasn’t supposed to feature the fanged one at all, as there were plans to replace him in the franchise with Bate’s character. Overseas distributors refused to release the film without Lee in it, thus it became number five in the series. Indeed, Lee’s villainy is overshadowed by the film’s secondary villains, including a wretched characterization of an abusive husband and father played Geoffrey Keen. This was the first flick in the series to feature nudity. 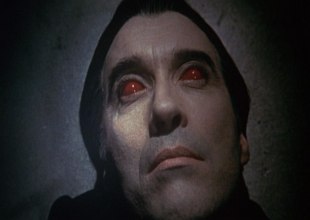