It’s a literal home movie. It’s a travel diary. It’s a spiritual treatise. It’s a sports documentary. It’s the stitching together of real-life father-son dynamics with after-life metaphysics by means of amateur photography, transcendent cosmic revelations, and dialogue on the order of, “I’m in an IRON MAIDEN of PAIN!” It’s also mostly just guy talking and talking and talking. 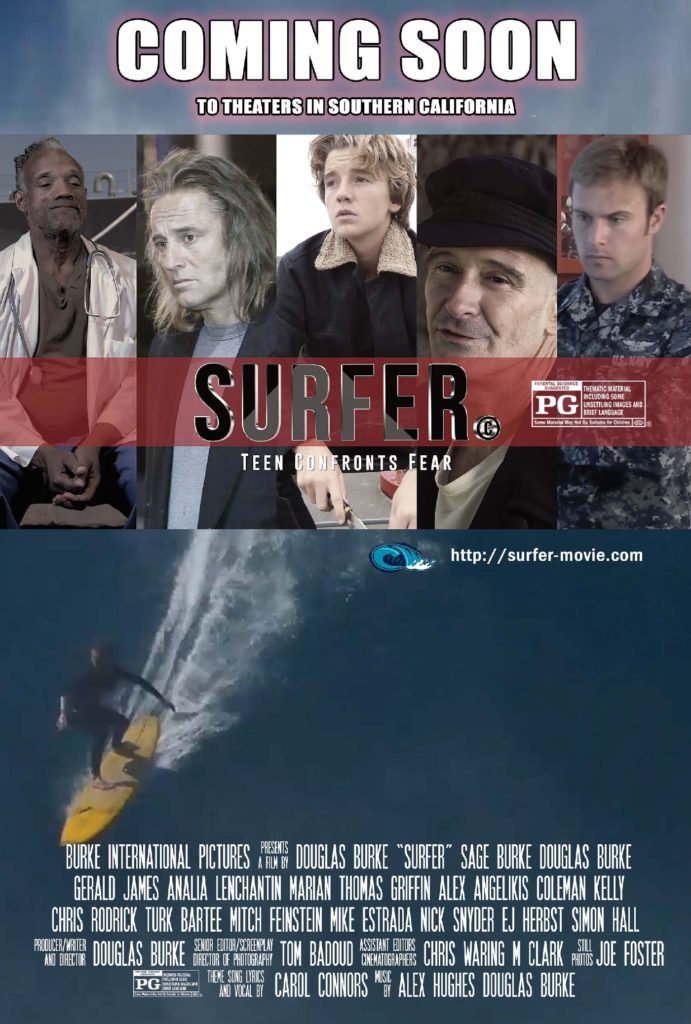 It’s SURFER: TEEN CONFRONTS FEAR and it’s the life’s work of writer-director-producer-costar-composer Douglas Burke and it is the single goddamndest God-focused motion picture I’ve ever experienced in a public auditorium and I write that as one of two paying customers (later joined by two drift-ins) who made it though a one-night-only screening last fall of THE TRUMP PROPHECY (2018).

Sage Burke, Douglas Burke’s actual offspring, stars as Surfer. And he is a teen. And he does surf — or, as is the case when the movie begins, he DID surf. Ever since wiping out most un-righteously, we learn, Surfer’s been paralyzed by a fear that keeps him shore-bound. You can guess from there what he’s destined to confront — with the help of a very particular guardian angel.

In a voice-over as he fishes on the beach, Surfer lets us know that his dad has moved on to the Big Luau in the sky. So who could the wheezing, sputtering, red-faced middle-aged man be, then, that suddenly washes up with the tide like a spasming Coney Island Whitefish?

Why, it’s an angel, in the form of character named Father of Surfer (played by Douglas Burke, the actual father of Sage Burke who plays Surfer). How can this be? FOS has a lot of very specific answers. And he shares them all.

Straightaway, Father of Surfer (FOS, for short) erupts into a monologue that lasts for more than half the film’s running time and feels like it’s going on for longer than your entire lifespan and yet, somehow, not one second of it is boring.

To be sure, FOS’s diatribe is spiced up regularly by terribly framed, randomly inserted snapshots of Sage riding waves between ages five and 14. These are the Burke family’s actual private photos. Now they’re ours, too. Forever.

Then at one point, FOS reveals that he’s actually an angel on borrowed time since, to approximate human form, the Almighty zapped him together out of electricity and “squid parts.” Also, in the event Surfer might doubt FOS’s cephalopod origins, he vomits great onslaughts of black ink. 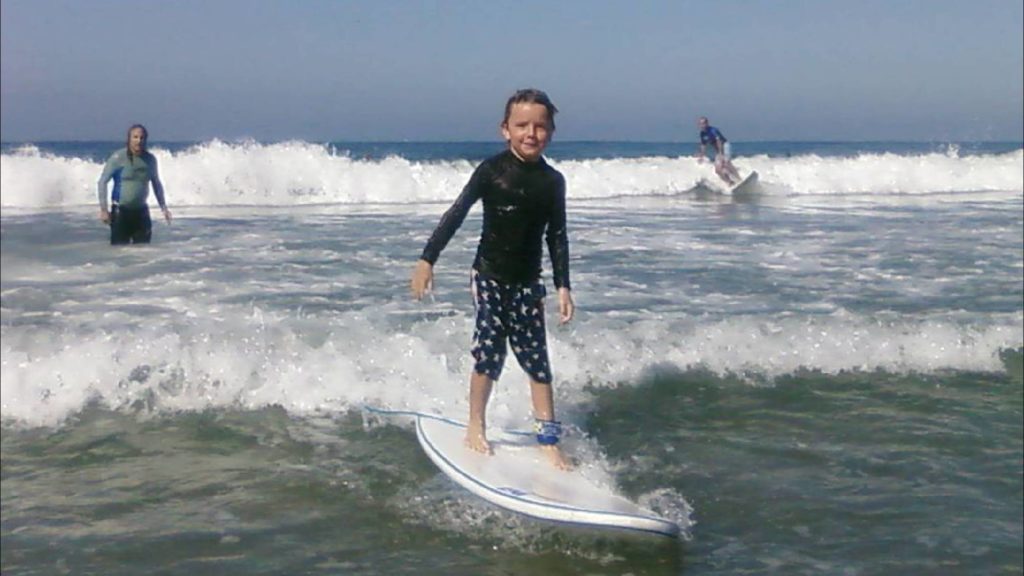 This jaw-flapping goes on (and on) (and on) (and oonnnn) until the Heavenly Father of Father of Surfer calls his messenger home. The movie could end there and stand as a triumph of the terribleness that remains terribly fun to watch throughout. It goes on, though, and it gets worse which means, given Burke’s anti-genius, it gets better.

FOS has not just instructed Surfer to conquer the entire planet one wave at a time, he directs the teen to track down an old military buddy named Captain Banks Bancroft, MD (Gerald James) and ask the Army doc to foot the bill.

This quest takes Sage to the shittiest armed forces medical building ever approximated by the shittiest CGI backgrounds ever concocted by a broken laptop. It takes him a while to get inside, and we experience every bit of the opposite-of-intrigue he does along the way.

An inexplicable conspiracy proves to be afoot, Banks has a flashback where he meets history’s least qualified looking seaman, and the unexpectedly still living human form of Father of Surfer gets rolled out in a condition that prompts Burke to twitch, groan, and flip-flop-and-flabbergast in a manner that, if presented as a joke, would get him banned from YouTube.

Fortunately, like everything else in SURFER: TEEN CONFRONTS FEAR, Burke, and everyone else, plays every iota of every second absolutely straight, virtually puking out earnestness like it was black ink.

After all that tumult, the Surfer teen does confront his fear, and the final 15 minutes of screen time consists of nothing but camcorder videos following along as he chases waves, shoots curls, and occasionally shows off some groovy yoga moves all over the world.

Remarkably, Burke still manages to work in a surprise ending — or does he? Because after experiencing the passion, the dedication, the boundless enthusiasm, and mesmerizingly cataclysmic incompetence of SURFER: TEEN CONFRONTS FEAR, the only surprise left is why you haven’t quit reading this already and plunged squid-parts first into watching it. 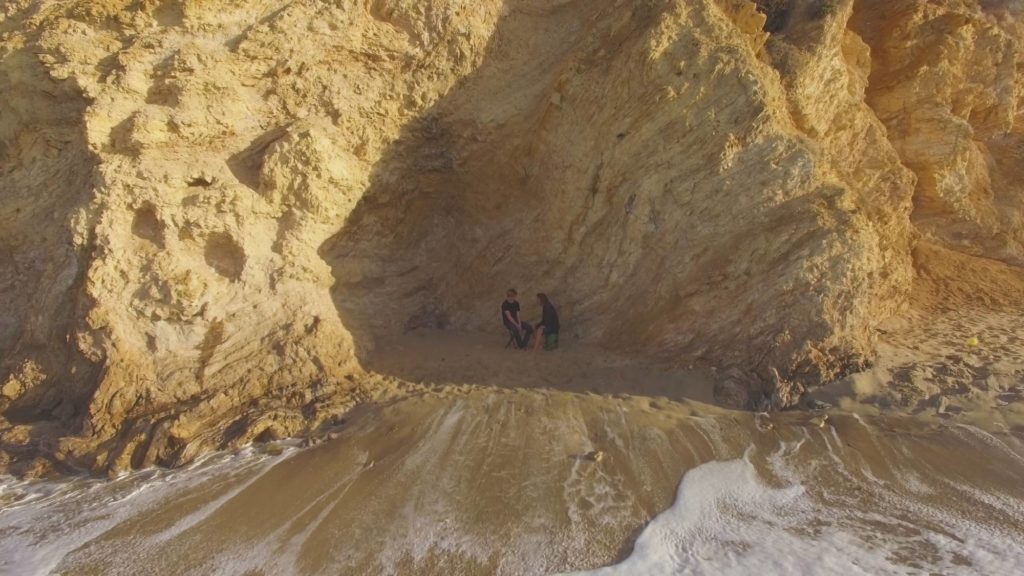