There’s a long tradition of mashing up horrific elements with criminal stories — an intersection where hoodlums find out that there are bigger bad guys out there then they ever suspected. DON’T BREATHE, FROM DUSK TIL DAWN, HOUSE ON WILLOW STREET, V/H/S, THE COLLECTOR, and more have gotten a lot of mileage about sending crooks into the midst of real monsters and seeing what shakes out when the worlds collide. VILLAINS could have been a rote addition to this trope, but thanks to deft writing and performances, it becomes a very engaging film that is constantly surprising and always entertaining. 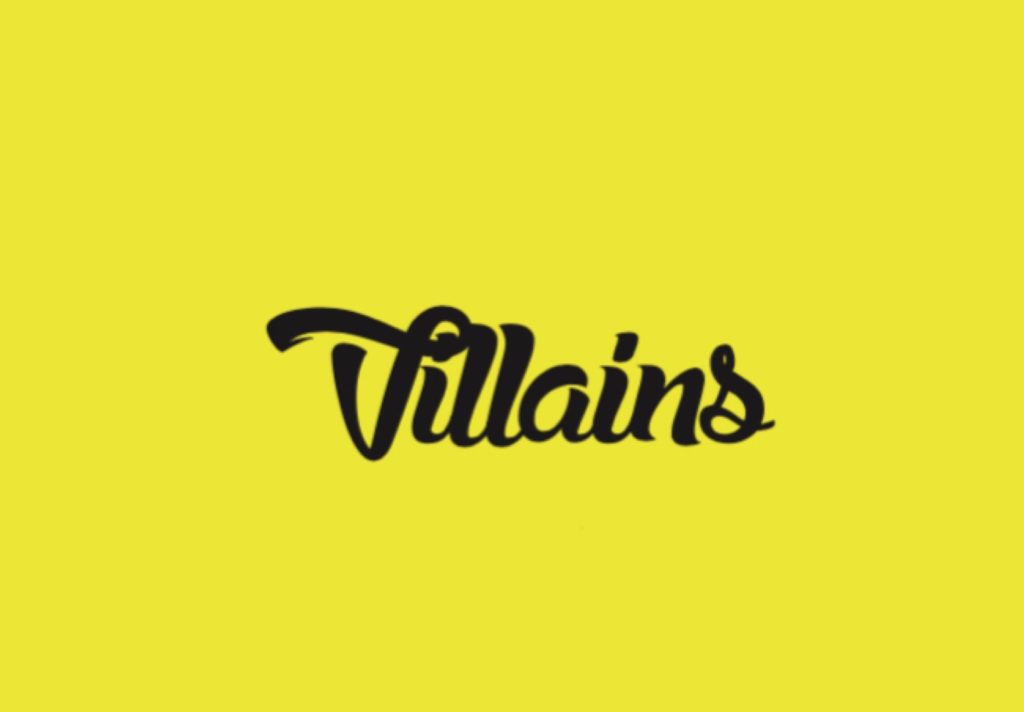 Mickey (Bill Skarsgård) and Jules (Maika Monroe) are drugged up robbers that knock over gas stations to fund their dreams of escaping to Florida. When their latest caper goes a bit awry, they end up in the house of George (Jeffrey Donovan) and Gloria (Kyra Sedgwick)—a very peculiar couple with a basement full of secrets and a penchant for the old ultraviolence. Soon the couples are squaring off in physical altercations as well as mind games trying to just part ways with the littlest amount of bloodshed and police involvement as possible. 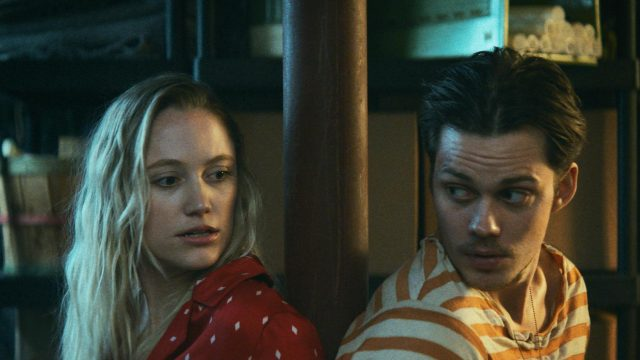 VILLAINS, from writer/directors Dan Berk and Robert Olsen, sounds incredibly dull and well-worn on paper. Reading the synopsis in SXSW’s guide didn’t inspire confidence — but that ends up being a clever bit of deception as the film is a complete hoot. Its character-based comedy with bizarre twists that feel earned and grounded in a world clearly defined by the filmmakers. Mickey and Jules could easily be awful people, or dumbass crooks, or some variation on one-note morons that audiences alternatively feel sympathy for but also want to see them get messed up. Instead, due to a very intelligent script and amazing chemistry between the two actors giving great performances, they are fully fleshed out people that aren’t necessarily very bright (yet still skilled), have funny banter between them, and an earnest goodness about them that will make audiences cheer for their success. It shows that it’s possible to have multi-dimensional characters that have established abilities that don’t pop up for plot contrivances, but instead that totally fit the mood of the movie and what we know of these folks. Skarsgård and Monroe are no strangers to genre film, of course (IT and IT FOLLOWS, respectively, amongst others), but they really shine here in a way not previously seen in other works that points to a greater range that other filmmakers would be wise to tap into. 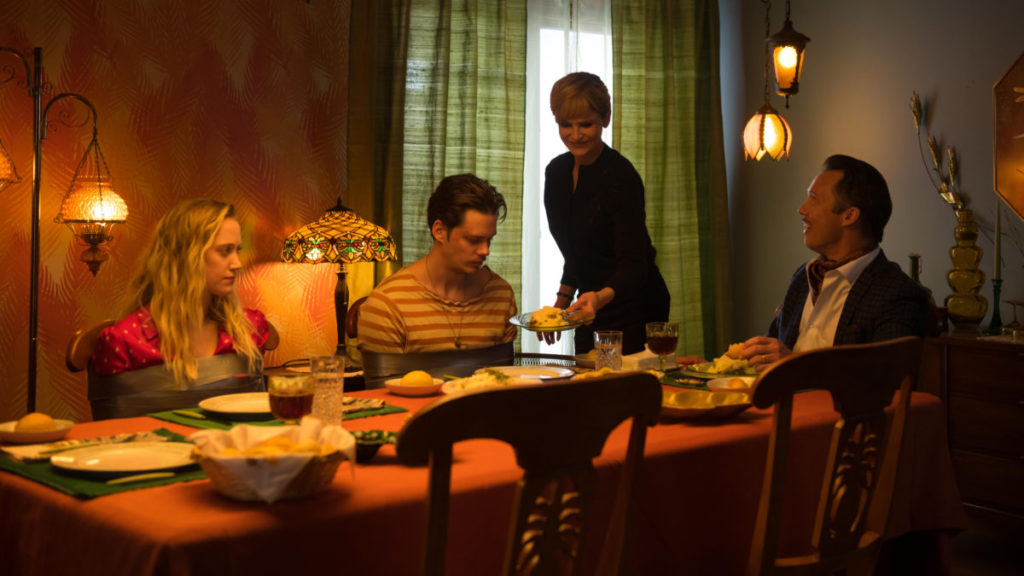 Because it is, essentially, a pulpy version of WHO’S AFRAID OF VIRGINIA WOOLF? (but with guns, cocaine, and blood squibs), it’s important to highlight the other couple in the room. Donovan and Sedgwick are giving very broad performances, but never cartoonishly bad. Instead they are very mannered and hilariously unique in their brand of mid-20th century suburban gothic. Their menace doesn’t lie in their threats of violence, but in just how skewed they view and interact with the world. All while delivering hilarious lines and reactions that will have audiences howling with shock and delight. Berk and Olsen have crafted a very specific tone and look for their film that incorporates Douglas Sirk, BLUE VELVET, DON’T BREATHE, and pulp crime romances that leads to an incredibly entertaining time that needs to be experienced. VILLAINS should be old hat by now, but instead it is a refreshingly new take that reveals a whole bunch of exciting talent.