Annual traditions can be a mixed bag—sometimes begrudging obligations, and other times a rewarding return to something beloved. For the past ten years, L.A.-based trailer editor Sleepy Skunk has released a mashup of trailers from that year. Using a mixture of dialogue, music, soundscapes, and selections that cross geography and genre, he is able to both remind viewers of the initial excitement of seeing these images while recontextualizing them into a broader tableau with recurring motifs and themes. It’s a perfect love letter to cinema and all of the emotions that can be attached to even the smallest snippet of film.

As Sleepy Skunk has been doing this since 2010, it’s been a yearly highlight to see these compilations. Sometimes they remind viewers of movies they should see, other times it’s films that everyone has already forgotten, but combined it’s always a great trip through the years and those moments when titles exist as mere promises before coming out and either exceeding expectations or disappointing entirely.

In addition to the yearly mash-ups, Sleepy Skunk also produced a mashup recapping the entire decade’s worth of trailers. You can see all of his mixtapes below, but I spoke with him briefly about his inspiration and process. 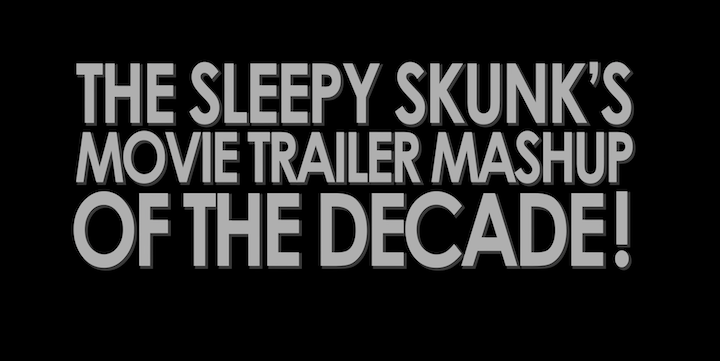 Rob Dean: What inspired you to start doing this?

Sleepy Skunk: As a kid, i always loved the movie mashups that played during the MTV movie awards. To be able to pick music and match them to the feel of a movie in a way that creates something new is something I’ve always been passionate about.

I purchased a Macbook back in 2010 and it came with Final Cut Express, so I tried editing for the first time and the video 2010 Movie Trailer Mashup. I put it up online and the response was very positive, which made me want to do it again the following year. 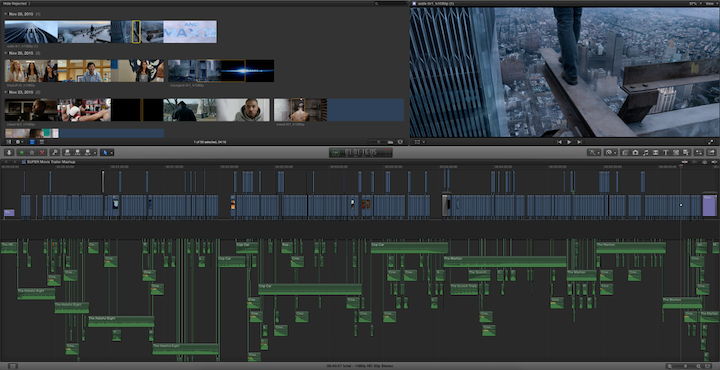 RD: Have you noticed any patterns in trailers through the years? Like one year it’s all Hans Zimmer bwamms and the next it’s slowed down pop songs? Or any recurring visual motifs?

SS: I think sound design has become increasingly popular as a means to convey the emotional stakes of a movie. Music is not enough anymore to make your marketing stand out. You need to play around with the sounds and capture the audience’s attention by creating an audio bed that will startle them.

There are trends that come and go, of course, but everyone is looking to innovate all the time.

RD: What are some of your favorite trailers and/or films?

SS: I love the trailer for THE SOCIAL NETWORK and the original teaser for ALIEN. These are instances of an editor going in a direction that no one has ever been before and changing how things are done from that moment on.

RD: Is there anything you’d like to see more of/less of in trailers? How can they improve?

SS: Every trailer is different, i do think they have improved in the past twenty years and will continue to improve. I love to see a studio decide to take a chance on a piece of marketing that is unorthodox and get rewarded for it.

RD: What’s next for you?

SS: I will keep doing what I am doing until I am no longer learning, feeling challenged or having fun. Right now, that is far from being the case. I enjoy putting these mashups together so much that I would keep doing them even if no one was watching.

Now here are his mashups in chronological order—enjoy!