You stand at the edge of space and time, reflecting upon the horrors that existence has and will be capable of. Or rather, you would if you were a bored mad man in a blue box (mad woman if you’re reading this and The Doctor’s regenerated into Jillian Holtzmann). He’s seen a lot in his billion-plus years alive and some of the things he’s seen the most are monsters and the terrible things they do. Being a show that’s survived over half a century, DOCTOR WHO is to horror what THE SIMPSONS is to comedy: everything’s been done and people want more. Because of that, there are some retreads, but also a few surprises. Necessity is the mother of invention and Weng-Chiang. How many ways can the world’s longest B-movie find to scare you? Let’s find out. 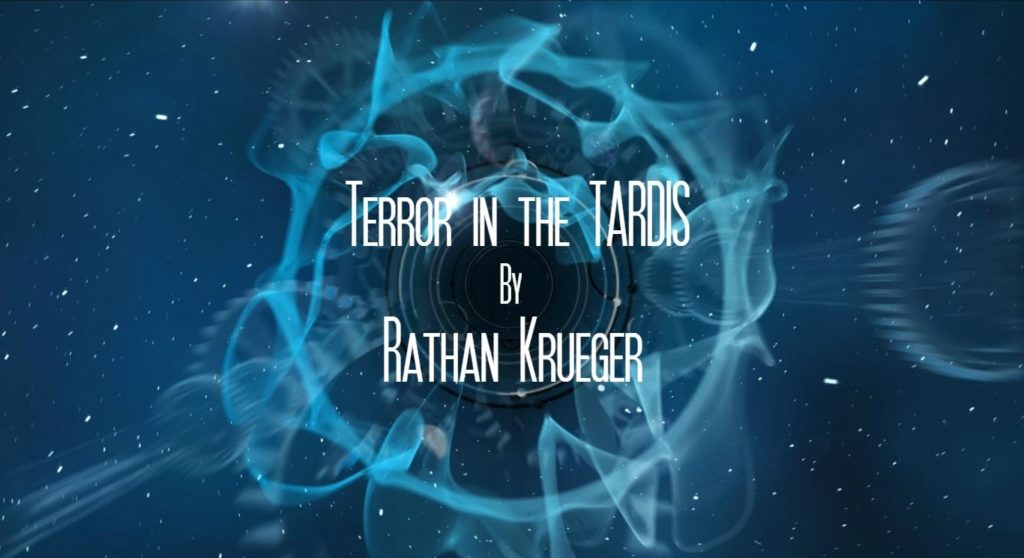 [A quick aside: I’ll be separating the show into two eras, Classic Who and New Who. Classic Who takes us from 1963 to the TV movie in 1996. New Who runs from 2005 and past us. Instead of an episode telling a single story, they were grouped usually in clusters of four and six, though they could shrink to two or explode into twelve. These clusters are called “serials”.]

From the start, DOCTOR WHO was made to terrify. As terrifying as a family show could be, anyway. The Doctor’s first two serials introduced him to his most persistent monsters, the second being those pesky Daleks. Modeled after Trump supporters — I mean, Hitler’s gang — Daleks represented the very worst the universe had to offer. They tolerated no one but themselves and believed in racial cleansing, in exterminating on a cosmic scale because they considered Daleks to be the master race, to be perfect. The irony being that despite their nearly indestructible armor, they were horribly mutated beings on the inside, courtesy of war. Their racial programming stripped them of all emotion involving compassion. A weakness declared by their creator, Davros. They were further dehumanized by the fact that if they even managed to learn words like “love” or spoke as an individual, their speech computer would translate affectioninto malice and something like “I am Clara” into “I am a Dalek.” They exist only to hate and exterminate for time immemorial with only The Doctor to stop them, because he must. We’re finding out what happens if he doesn’t, aren’t we?

If Daleks are our man from Gallifrey’s ultimate monsters, then Cybermen would be his penultimate. Daleks believe in extermination, but Cybermen believe in assimilation. The fascists and the communists. They’re essentially Tyler Durdens in metal skin. I’ve thought about this for a few years, so go with me. Most geeks would say that they’re Borgs, and I can see that but I’ve watched FIGHT CLUB more than STAR TREK: TNG. Besides, anyone can connect Cybermen and the Borg: how many readers ever thought that Jack’s cold sweat trickled down a Cyberman’s brow? Tyler wanted you to be the best you that you could be by breaking you until you were a space monkey for Project Mayhem. Cybermen ripped your flesh, and bound you in plates and wires until you clanked and whirred as they did. In THE TENTH PLANET, their first appearance in a serial, they coldly proclaimed “You will be like us.” Tyler sneered “We are all part of the same compost heap.” Both are devotees of ataraxia (without Valium OR Bob Marley!). Tyler was a figment of the narrator’s imagination in the form of the übermensch. Cybermen were the foolish dream of a planet for immortality. And on and on.

B-movie horror hit the Time Lord in a big way during the 70s. By then, the initial child audience that the show was aimed at was old enough to want something stronger. This was also during the rise of Hammer Horror in the UK, which inspired the show in starts and stops. The Third Doctor’s era was around in the first half of the decade, which resisted, and The Fourth’s lurked in the second half, which embraced Hammer with a corseted bosom. The reason was because of two people: Terrance Dicks and Robert Holmes. Holmes was a writer who loved Hammer’s brand of horror, and Dicks was a showrunner of sorts who had to remind him that kids also watch the show. When Terrance left as Jon Pertwee regenerated into Tom Baker, Robert lingered and thrived until he got booted for reasons you’d expect. That’s not to say that The Third Doctor didn’t have Hammer-class serials. Though he was more influenced by James Bond, he had a few that would’ve felt at home with Christopher Lee doing battle against Peter Cushing. One that comes to mind is THE DAEMONS, about a village that gets taken over by a devil-worshipping priest who’s preparing to summon a hellion for ultimate power. As an aside, Wiccans appreciate this serial for how it respectfully handles their religion (or as respectfully as it can). Whenever Jon Pertwee was in peril as Three, he pulled funny faces so that kids wouldn’t worry too much about him. Many involved with Tom Baker, including Mr. Baker, wanted to “scare the bastards”.

To stoke the fan flames of terror during the early part of Four’s run, the BBC advertised DOCTOR WHO in horror magazines. Coupled with the puckish nature of the creative team, this turned the show in a tapestry of horror that it, thankfully, was never able to fully cast aside. For instance, the progeny of the body horror element introduced in The Fourth Doctor’s second serial, THE ARK IN SPACE (written by Robert Holmes, of course), is as recent as one of The Twelfth Doctor’s episodes, THE ZYGON INVERSION. Our friend Hammer Horror came crashing through in serials such as THE STONES OF BLOOD, THE BRAIN OF MORBIUS, and THE TALONS OF WENG-CHIANG (Mr. Holmes’ last before leaving). John Carpenter fans will enjoy THE HORROR OF FANG ROCK and THE SEEDS OF DOOM because they’re essentially THE FOG and THE THING. Possession fans will get a kick outta THE HAND OF FEAR. The Master, Moriarty to The Doctor’s Sherlock, was a flayed man in THE DEADLY ASSASSIN that wasn’t too far away from Frank in HELLRAISER. It was such a great time for horror in Classic Who, but nothing lasts forever. Thanks to morality crusades led by the likes of Mary Whitehouse, DOCTOR WHO started pulling back on horror and started leaning back into sci-fi, which allowed Douglas Adams to eventually swoop in. But like I said a few sentences ago, the show couldn’t ever really shed the horrific. Even Hammer had one last hurrah by way of STATE OF DECAY, the reason why you won’t see real vampires in New Who. They existed once, but were fought by the Time Lords into extinction in a war so bloody across time and space that Gallifrey became a pacifist planet (‘til the Daleks had their say…). STATE OF DECAY revolves around the last vampire, who escaped into a small universe and ruled a planet. It’s an allegory for the show’s horror at the time, really.

Remember when I said that The Doctor’s first two serials introduced his most persistent monsters, one of them being Daleks? Well, the other was one we know intimately: humans. DOCTOR WHO loves reminding us that we are simultaneously one of the best and worst things to exist in all of creation. More often than not, we bare our fangs and show how monstrous we can be. More often than not, it’s because of power (THE AZTECS, THE ROMANS, THE DOCTOR’S DAUGHTER, LET’S KILL HITLER, ROBOT OF SHERWOOD, and any Silurian story, for starters). Sometimes it’s mangled good intentions, as was the case with THE HAPPINESS PATROL. Sometimes it’s because of loneliness, as in THE WOMAN WHO LIVED. THE REBEL FLESH and THE ALMOST PEOPLE showed that it’s sometimes because of the loss of identity. The most affecting reason was in MIDNIGHT: because we’re fucking weak.

There are many other instances of horror in DOCTOR WHO, from the popcorn scares of the Weeping Angels to the tax man in THE SUN MAKERS (yes, seriously). From unrestrained imagination in THE MIND ROBBER to the complexities of faith in THE FACE OF EVIL and THE GOD COMPLEX. All these and more are waiting at your local comic book store or Barnes and Noble for your next night of B-movies and jelly babies.

…I’d like to end this with a signal boost for my Thirteenth Doctor suggestion. 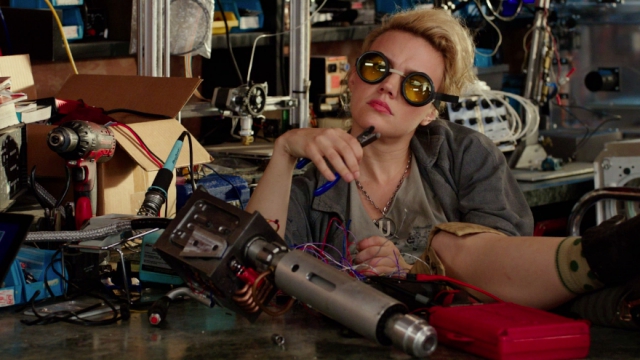 Y’know, replacing one favorite mad person with another.