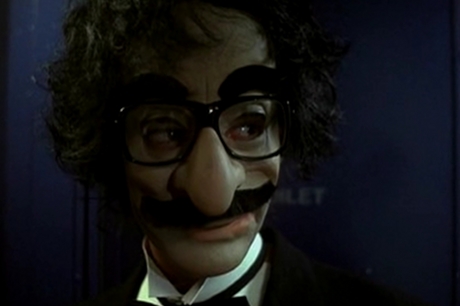 It’s official; We now live for Scream Factory announcements. After making geeks pant in anticipation for HALLOWEEN II and III on Blu-ray (coming on Sept. 18th), the bloody Scream crew is now re-entering the Jamie Lee Curtis archive for another hidden gem. TERROR TRAIN is going to be making its way to your player along with Tobe Hooper’s THE FUNHOUSE. Both of these films are favorites here at DG HQ. TERROR TRAIN is a really underrated piece of horror filmmaking. I think after ROAD GAMES it is probably the Curtis film that is too often over-looked. As for THE FUNHOUSE, I think this is one of Hooper’s best, I would probably put it at 3 after TCM and POLTERGEIST. Anyway, here is the skinny on the release. Be sure to click on the cover art to pre-order these today!

Take an excursion into terror with Jamie Lee Curtis in this classic shocker from director Roger Spottiswoode (Tomorrow Never Dies).

It’s New Year’s Eve and a group of college co-eds have planned a masquerade bash aboard a chartered train. What they didn’t plan on was that a knife-wielding psycho would crash the party and begin slaughtering the guests one by one! Who is this brutal costumed killer? Climb aboard the Terror Train for a frightening combination of blood-curdling horror and intriguing mystery.

EXCLUSIVE LIMITED OFFER: Order this Blu-ray + DVD combo pack directly from ShoutFactory.com and receive an exclusive 18”x24” poster featuring the newly commissioned artwork! Less than 500 have been made, so these are only available while supplies last. 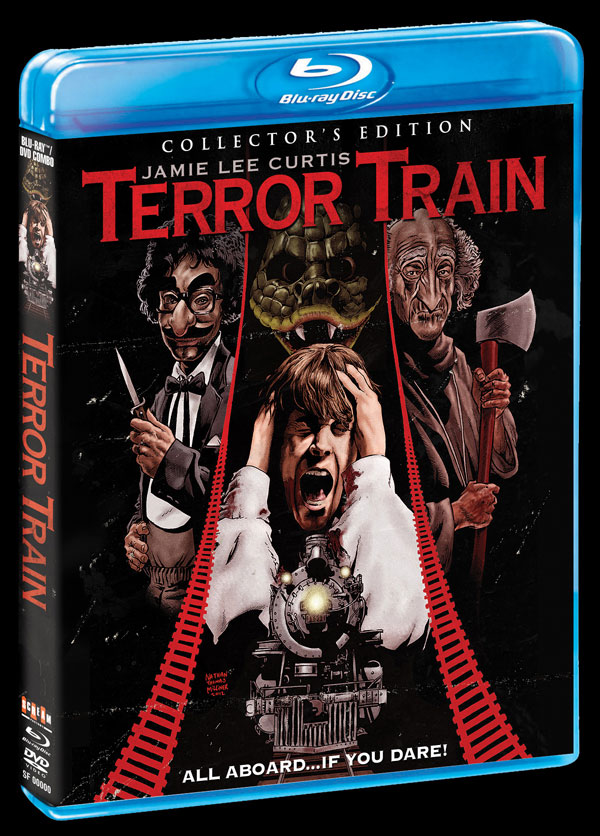 On her first date with Buzz (Cooper Huckabee, True Blood), Amy (Elizabeth Berridge, Amadeus) disobeys her father and goes to the carnival with Richie (Miles Chapin, Hair) and Liz (Largo Woodruff), but their first date may end up as their last. After witnessing a murder, the four terrified teens are trapped in the maze of the funhouse and stalked by a real monster, a horribly deformed killer who lurks among the freakish exhibits to butcher them one by one. Also stars Sylvia Miles (Midnight Cowboy) and Kevin Conway (in three roles). Featuring special makeup designs by Academy Award®-winner Rick Baker (An American Werewolf In London, Ed Wood).

EXCLUSIVE LIMITED OFFER: Order the Blu-ray or DVD directly from ShoutFactory.com and receive an exclusive 18”x24” poster featuring the newly commissioned artwork! Less than 500 have been made, so these are only available while supplies last.
Read more @: ShoutFactoryStore.com or ScreamFactoryDVD.com.

THE FUNHOUSE on Blu-ray

THE FUNHOUSE on DVD 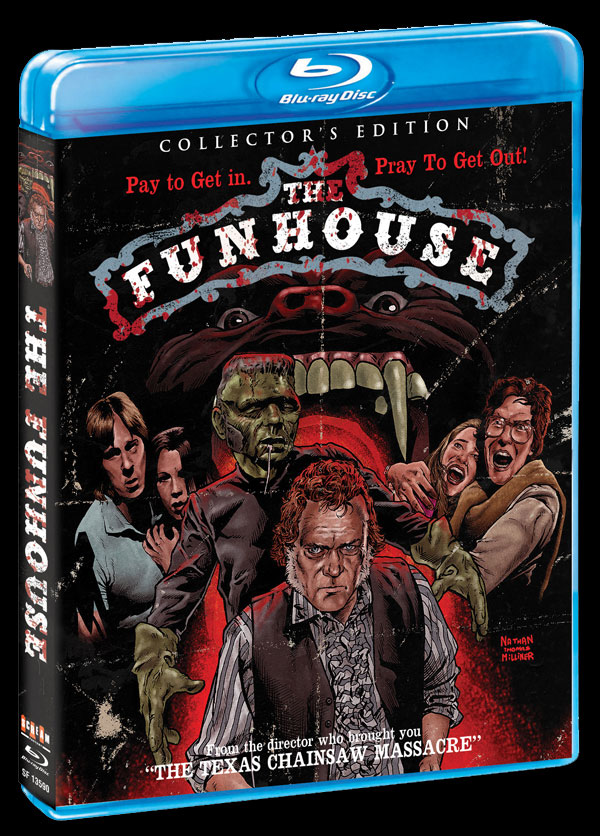