Home  ⁄  The Wire  ⁄  ANCHOR BAY KICKING ASS AND EATING BRAINS WITH THE AMAZING ADVENTURES OF THE LIVING CORPSE
Jul 19, 2012 Comments 0 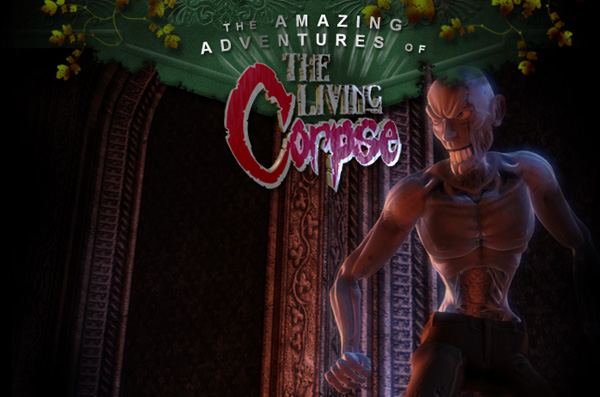 Anchor Bay is kicking ass and eating brains with their latest Comic-Con pick-up. This animated film wasn’t on my radar but when I mentioned this to a buddy it sounded like he busted out a David Lee Roth scream of pleasure. Here’s the skinny on the new flick… 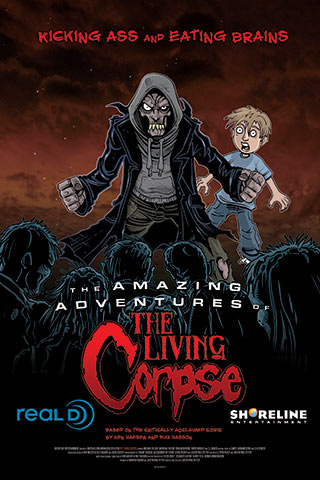 BEVERLY HILLS, CA – Anchor Bay Films announced today the acquisition of distribution rights in the English-speaking territories (U.S., Canada, UK, Australia-New Zealand) for The Amazing Adventures of the Living Corpse, a new animated motion picture based on the comic book by the same name from Dynamite Entertainment Comics. Produced by Shoreline Entertainment, the film debuted this past weekend at Comic-Con International. The deal was announced by Bill Clark, President of Anchor Bay Entertainment.

“The Amazing Adventures of the Living Corpse premiered at Comic-Con in San Diego on Saturday night to a sold out, raucous and cheering crowd,” stated Morris Ruskin, producer of the film and CEO of Shoreline Entertainment, Inc. “According to co-creator of the comic, Ken Haeser, the fans seemed to really appreciate that the production captured the essence of the graphic novel.”

The film is an adaptation of the underground hit graphic novel by Ken Haeser and Buz Hasson. A guilt-ridden corpse takes on a heavy burden when he agrees to help a Fallen Angel keep the other undead in their graves and powers of evil from corrupting our world.

The nature of the superhero making its transition from the sublime pages of comic books to the magical screens of cinema, however, will be slightly unique this time around. For starters, the title character isn’t your typical caped crusader – he’s a zombie. And he’s not just a typical zombie, either. He’s a contentious, imposing citizen of the walking dead club with an intact memory from when he was alive, and a mission to protect the Earth from other brain-sucking flesh-eaters. The Amazing Adventures of the Living Corpse, which was directed by Justin Ritter, produced by Ritter and Ruskin and Executive Produced by Eduardo Castro, Eileen Craft, Darcy Feld and Dennis Sonnenschein, took three years to animate and was rendered in state-of-the-art RealD 3D.