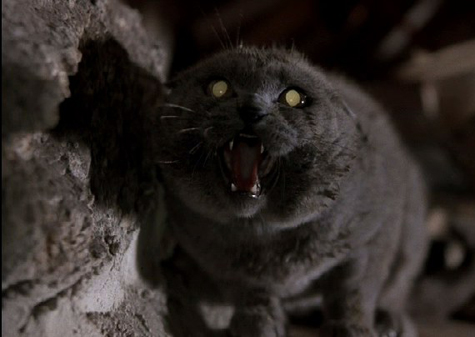 It’s a good thing I don’t have an issue with creative spelling when it comes to film titles, because PET SEMATARY is coming to Blu-ray on October 2nd. This is a really underrated film, this good shit is a macabre tap-dance with a mean sense of humor packed full of scare-the-shit-outta’ya scenes from top to bottom. Long live Fred Gwynne’s Jud Crandal. Click the cover art below to pre-order from Amazon.com. Scroll down for details on the release. 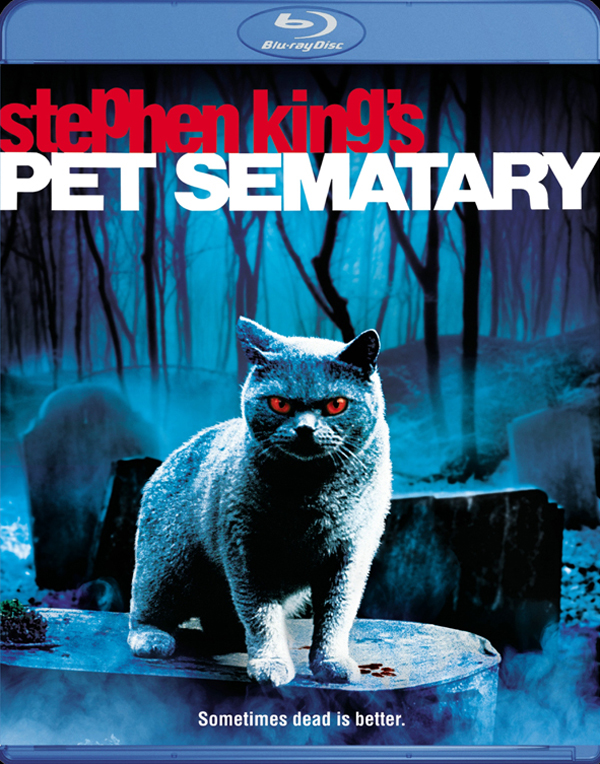 Here’s the skinny from the press release:
Home is where the horror is in the terrifying fan-favorite PET SEMATARY, rising up on Blu-ray for the first time on October 2, 2012 from Paramount Home Media Distribution. Written for the screen by internationally renowned author Stephen King and based on his sensational book, PET SEMATARY tells the story of Louis and Rachel Creed and their two children, an average family who move into an idyllic home in the countryside to begin what promises to be a perfect new life. Unfortunately, their dream home sits next to a pet cemetery with a horrible and dark secret. When a family tragedy causes Louis to become unhinged with grief, he pays a visit to the cemetery and unleashes an unspeakable evil on the world. Arriving just in time for Halloween, the suspenseful and terrifying PET SEMATARY is an ideal addition to every horror collection.

The PET SEMATARY Blu-ray includes commentary by director Mary Lambert, a guided tour of the frightening locations led by author Stephen King along with an exploration of the origins of the novel, an introduction to the cast and characters, and a behind-the-scenes look at the making of the film.