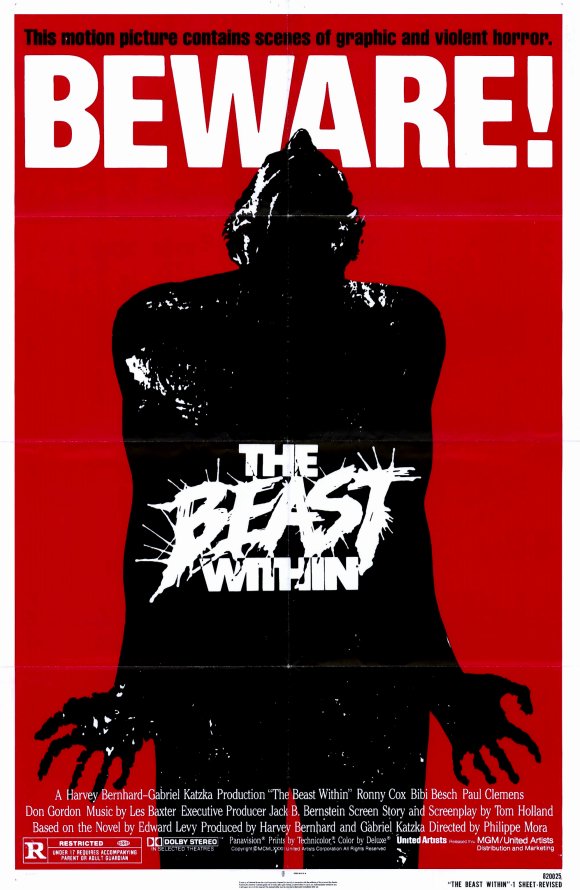 Made to capitalize on the success of films like THE HOWLING , AN AMERICAN WEREWOLF IN LONDON and the amazing transformation scenes from those pictures, THE BEAST WITHIN is a largely forgotten 80s film that is worth a look for horror fans. Paul Clemmons plays the son of woman who was savagely raped by some sort of monster and unluckily for poor Paul, he’s got his daddy’s genes running through his body. Queue up some well done transformation scenes as Paul goes through puberty…in the worst way. One of director Philippe Mora’s better efforts.

He Was On The Verge Of Becoming A Man… Eater!