I love genre cinema. I will always have a soft spot for horror, action, sci-fi, and all the subgenres that exist inside those larger categories. What I have never felt any real connection to are those films that exist in the realm of pure sleaze. You know the ones: the films from the ’70s and ’80s, filled with ugly violence and sex that is the opposite of titillating, usually shot on cheap film stock with semi-amateur casts. But knowing these films have a large following and several companies devoted to restoring them makes me wonder what I am missing. With that in mind, I am going to do a deep dive into the world of sleazy exploitation. This is My Exploitation Education. This week’s entry is THE DEAD PIT.

For some reason, I have always assumed that THE DEAD PIT was a production of Roger Corman’s New Horizons company. In my mind, I think I associated it with the Bill Pullman/Bill Paxton team up BRAIN DEAD, which was a Corman production. Both films showed up in video stores around the same time, had the word “dead” in their titles, and were described as featuring mad scientists doing unsavory experiments. Imagine my surprise when I finally watched THE DEAD PIT for this column and discovered it had no relation to Corman. But despite it being slightly cheaper looking than most Corman productions of the late ’80s, it could have slotted in very easily alongside any Concorde/New Horizons film of that era. That is a compliment.

In the late ’60s, mad doctor Colin Ramzi (Danny Gochnauer) performs experimental brain surgery on mental patients in a dungeon deep below an insane asylum. After carving some sort of spell into their flesh, he kills the patients and tosses them into the titular hole that he keeps pumped full of formaldehyde. Nursing a guilty conscience for covering up Ramzi’s misdeeds for too long, fellow doctor Gerald Swan (Jeremy Slate) puts a bullet in the mad doctor’s brain and seals off the entrance to the dungeon. 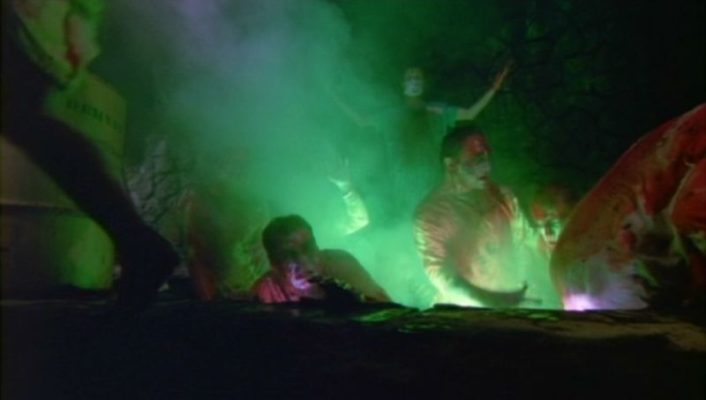 Twenty years later, an amnesiac known only as Jane Doe (Cheryl Lawson) is sent to the asylum. She claims to anyone who will listen that she didn’t lose her memory, but actually had it stolen by a surgeon. Dr. Swan—now the head of the asylum—wants to do hypnosis on Jane to help her regain her memory, evil nurse Kygar (Joan Bechtel) wants to pump her full of drugs and throw her in a padded cell, and kindly nurse Robbins (Mara Everett) and fellow patient Christian (Steffen Gregory Foster) simply want to protect her. When an earthquake opens the entrance to the dungeon, Jane starts having visions of Ramzi stalking the asylum at the same time that patients and staff start to go missing. Not surprisingly, none of this is coincidental to Jane’s arrival.

THE DEAD PIT is a lot more fun than it has any right to be. Despite the labored plot setup of the first act, co-writer/director Brett Leonard largely throws all of the film’s internal logic out the window in favor of inventive gore sequences (a dental drill through an eye socket), performances by Slate and Bechtel randomly turned up to eleven, and hordes of zombies running amok in a goofy third act that incorporates everything from holy water to brains being pulled from the heads of still shrieking victims. Very few of these choices make much sense, but the pure “anything goes” feel that the movie creates is more entertaining than the convoluted plotting of the first thirty minutes. 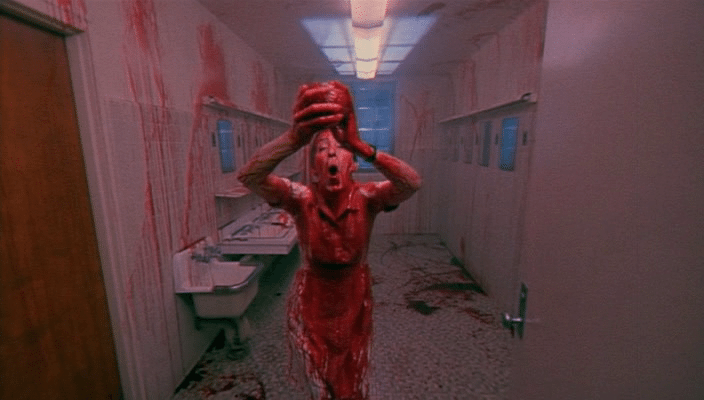 It helps that Leonard is an aggressive visual stylist. While working with a clearly meager budget, he does find ways to inject quite a bit of pulpy, comic book imagery into the film from the saturated green and red lighting of the dungeon to the demonic, glowing red eyes of the undead version of Ramzi. Even the zombies—while sporting some crude makeup—have an unusual funhouse look with their bloody skulls exposed from brain surgery. The seams from a lack of funds may show at times (especially with some very cheaply done model work), but at least Leonard is always trying to find different ways to shoot horror sequences that had been done countless times by the film’s 1990 release. I prefer to see a director overreach and come up a little short than play it safe and turn out something dull. 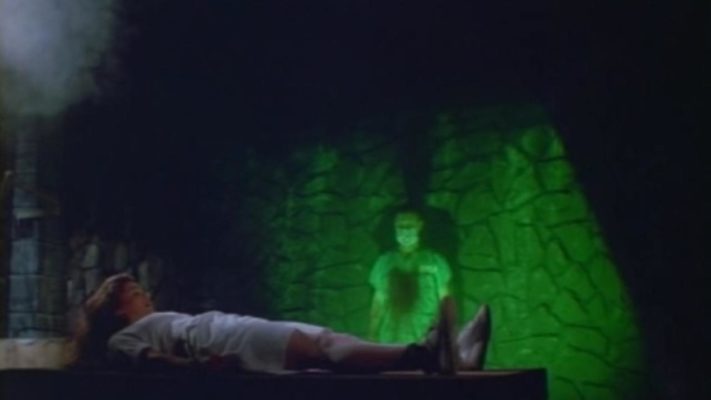 If only Leonard had as interesting a touch with his actors. Every performer seems to have been left to their own devices where they are all in different movies. Only old pro Slate and Bechtel find the appropriately heightened, arch tone that matches Leonard’s over-the-top visuals.

Admittedly, there are several more problems with THE DEAD PIT (presenting all mental patients as drooling lunatics and often terrible dialogue top the list). But I cannot deny that I mostly had fun with it. It’s simultaneously sloppy and ambitious, yielding results that are closer to a horror comic book conceived during a fever dream than a straightforward crazed scientist movie. I’ll take that kind of madness any time. 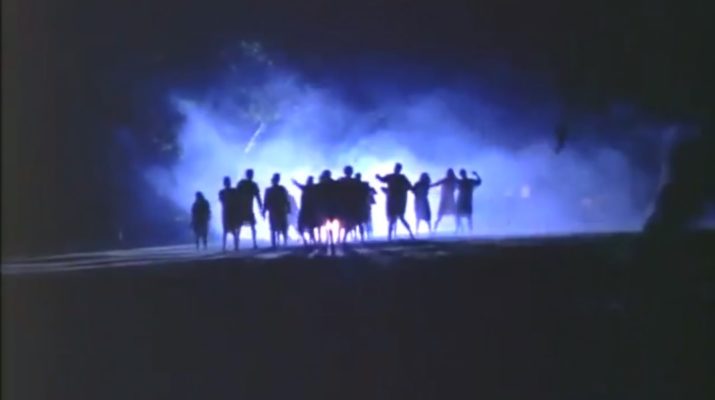