Joel Schumacher passed away earlier this week, leaving behind such a varied filmography that it’s tough to summarize him into any specific niche. Breaking into Hollywood most prominently as a screenwriter, Schumacher moved into the director’s chair and soon was equally at home making comedies (D.C. CAB, THE INCREDIBLE SHRINKING WOMAN), romantic dramas (DYING YOUNG, COUSINS), Grisham thrillers (A TIME TO KILL, THE CLIENT), non-Grisham thrillers (8MM, PHONE BOOTH) or youth-oriented horror (THE LOST BOYS, FLATLINERS).

And what do people remember him for? Bat nipples. Give it a rest, jokesters. You can mock BATMAN FOREVER and BATMAN AND ROBIN all you want, but Gotham has never looked more jaw-droppingly astonishing as it does in those two films. It’s called camp, people. It’s just not what you wanted.

THE INCREDIBLE SHRINKING WOMAN is often mentioned as Schumacher’s debut film as director, but before making his debut on the big screen, he helmed two films made for NBC. Both show off his fledgling talent, and the latter film feels like it fits in perfectly with Schumacher’s filmography, coming off like the second part of a trilogy that started with his screenplay to CAR WASH and concluded with D.C. CAB. 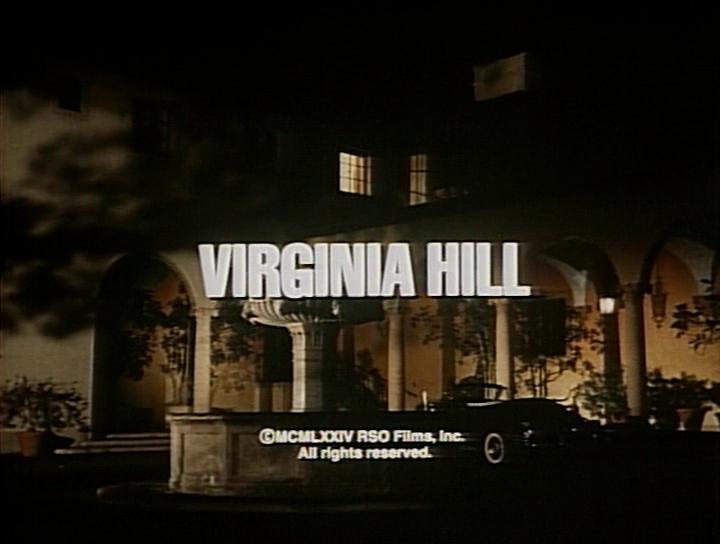 1974’s VIRGINIA HILL (released on VHS as VIRGINIA HILL: MISTRESS TO THE MOB), Schumacher’s actual directorial debut, is the lesser of the two films, but it’s still worth a watch, especially for fans of the ‘70s boom in Great Depression-era crime films.  VIRGINIA wasn’t the only made-for-TV movie that year cashing in on the trend — Dan Curtis’s MELVIN PURVIS: G-MAN had premiered a few months earlier on ABC. VIRGINIA was NBC’s attempt to bring to life the gangster era, focusing on the life of Bugsy Siegel’s girlfriend who had almost as illustrious career as her notable paramour. 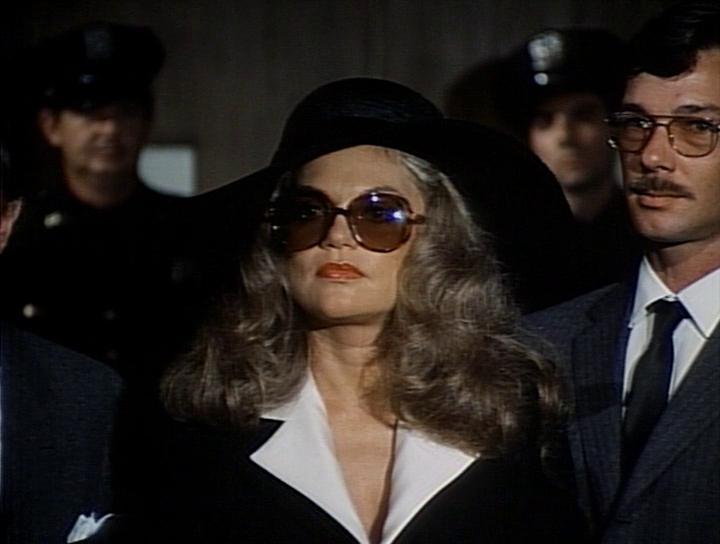 Framed by a senate committee investigation on organized crime in March 1951 in which Virginia Hill, played by Dyan Cannon, testified that she had no connection to crime, VIRGINIA HILL then flashes back to the segments of Hill’s life that led her there. Making her way from a small-town prostitute and moving to Chicago with her friend Leroy (Robby Benson), Hill soon becomes the wife of a small-time mobster (Allen Garfield) and ends up assisting a bigger one (John Vernon). Soon, she’s sent to keep an eye on Siegel himself, then in the process of planning his Las Vegas empire. (On a curious note, Siegel is played by Harvey Keitel, who would go on to play a supporting role in BUGSY, Warren Beatty’s take on the Siegel mythos 17 years later.) 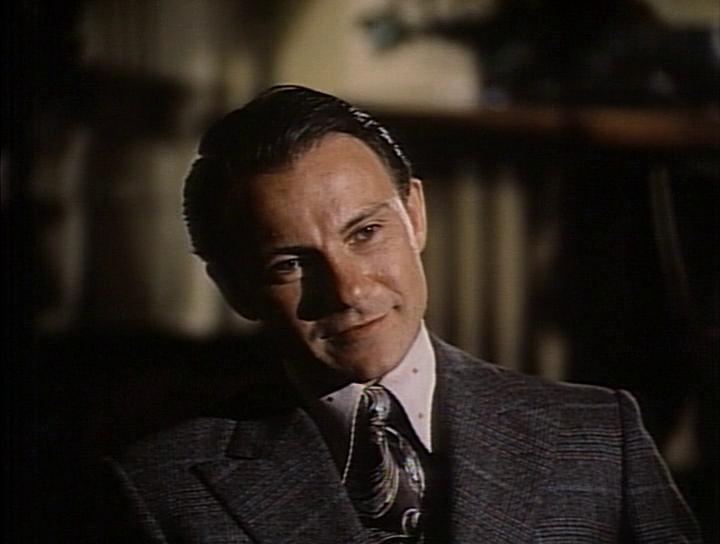 Cannon and the rest of the top-notch character actors are excellent, but the film itself is fairly paint-by-numbers stuff, and any student who tries to turn in a report on Siegel by watching this will likely end up with a failing grade. Outside of Siegel and Hill, the rest of the characters seem to be renamed composites, and the Senate investigation is one of the only parts of the film that feels like it was taken directly from authentic events. 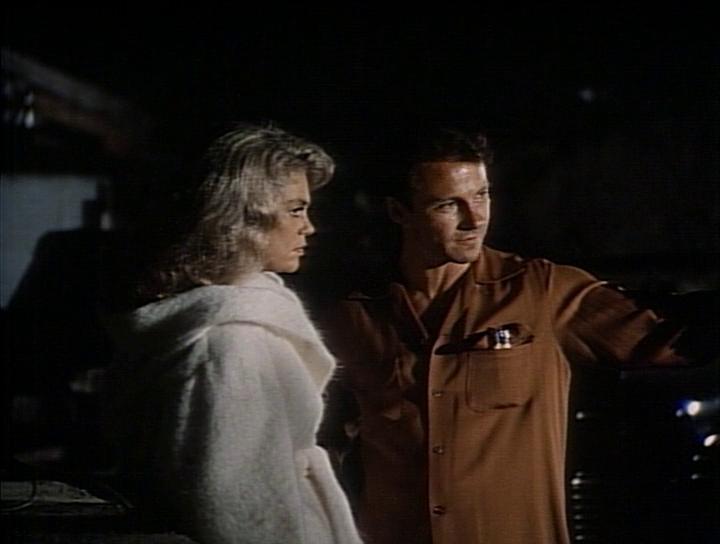 On the plus side, the screenplay (co-written by Schumacher) paints Hill in a sympathetic light that gives Cannon something to work with. Schumacher wisely chooses to limit any actual action sequences and focuses on the relationship between Hill and Siegel itself, and there is a solid subtext of the power of class desire in the midst of a depression. In addition, while the budget was clearly limited, Schumacher does a great job at disguising it, so the film feels lush even with only a few characters on screen at a time. 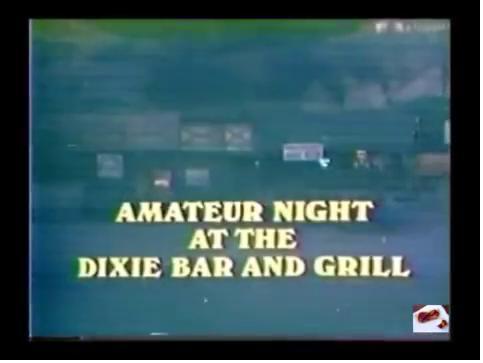 After VIRGINIA HILL, Schumacher worked on his screenwriting talents, turning out the screenplays to SPARKLE, CAR WASH, and THE WIZ before landing the directorial gig on 1979’s AMATEUR NIGHT AT THE DIXIE BAR AND GRILL, also for NBC. It’s clear the time allowed him to hone his craft, as while AMATEUR NIGHT also seems like an attempt to cash in on a popular film trend (in this case, the success of Robert Altman’s NASHVILLE), AMATEUR NIGHT is more assured and may just be a little too ambitious for its own good.

Structurally very similar to CAR WASH, AMATEUR NIGHT follows one evening at the titular bar and grill as they put on the titular event. The waitresses have drama with their regular customers, the owners have issues with their son, the contestants have their own problems, and there’s also a “disco killer” on the loose shooting up clubs in alphabetical order, and “D” is next on the list. There’s a lot going on! 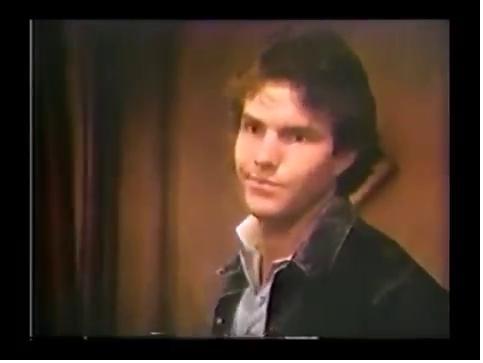 Good thing Schumacher has at his disposal an amazing cast. The bar is owned by Victor French and Louise Latham (MARNIE), with their pot-smoking son (Dennis Quaid) along for the ride.  Don Johnson plays a regular (problem) customer, Candy Clark is a waitress, Jamie Farr plays a sleazy agent, Jeff Altman hosts the gig without Pink Lady in sight, Sheree North plays an alcoholic, Ed Begley Jr. performs on stage as a Vietnam vet-turned-stand up comic, Roz “Pinky Tuscadero” Kelly plays an untalented singer, and character vet Tim Scott shows up as a nervous man with a secret. 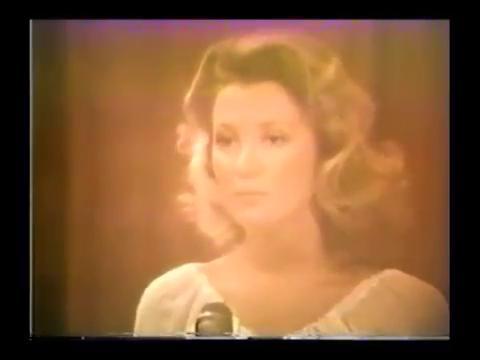 There’s also Tanya Tucker (!) as a singer with stage fright and, just to make sure the NASHVILLE connection is apparent, Henry Gibson is a judge and former member of a do-wop group. The most entertaining bit may be Pat Ast (REFORM SCHOOL GIRLS) as a singer in a character that could have been played for comic relief, but instead performs a fantastic medley that would have been welcome in any gay cabaret at the time. (Ast and Gibson clearly liked working for Schumacher, as they were both in THE INCREDIBLE SHRINKING WOMAN as well.) 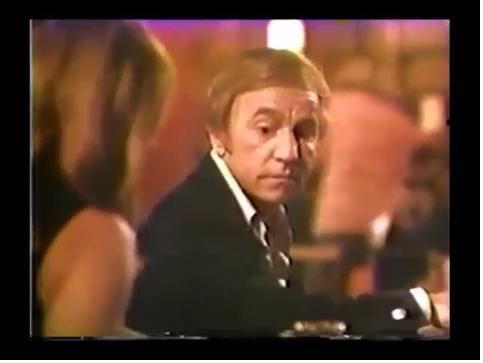 With all of these characters, each one with their own subplot, there’s a hell of a lot going on in the film’s 96-minute running time. It’s almost bursting at the seams to the point where some of the lesser subplots are forgettable — I kind of lost track of which waitress was hooking up with which guy. I would have loved to have seen more of the disco quartet (the film was produced by Motown Productions) and the heterosexual female impersonator.

Minor quibbles with focus aside, AMATEUR NIGHT AT THE DIXIE BAR AND GRILL is an impressively strong film, with the mood shifting from comic to dramatic to action easily, with the tone shifts never feeling abrupt or gratuitous. While it’s clear that the impetus for the film was a TV exec saying “I want NASHVILLE, but for TV — get me the guy who wrote CAR WASH, so it’s like that,” Schumacher delivers on the premise in spades. (AMATEUR NIGHT executive producer Rob Cohen had produced THE WIZ, so he likely made the connection.) It may not be as polished as NASHVILLE, but it certainly serves well as a NASHVILLE substitute, and it’s no wonder Schumacher felt comfortable with the ensemble of characters and tones that he tried again with D.C. CAB and ST. ELMO’S FIRE.

VIRGINIA HILL will likely not be more than a curiosity in Schumacher’s filmography, but AMATEUR NIGHT is a seriously underrated entry that deserves to be seen by a larger audience. If you love a good ensemble cast film with a couple dozen different character threads of various tones juggled with expertise, AMATEUR NIGHT AT THE DIXIE BAR AND GRILL will fit the bill. I’d love to see a DVD release — the only copy available is one that was taped off of Canadian television that may be as old as the film itself. It serves as a welcome addition to Schumacher’s legacy, one that many of those looking into his works will be very happy to discover. 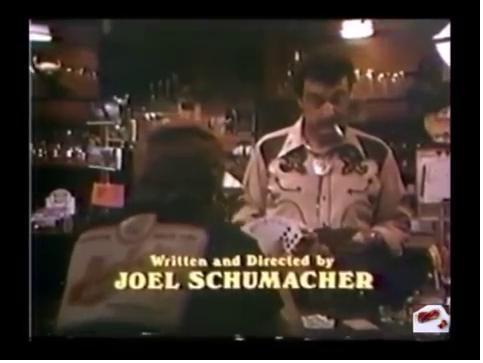 (Note: AMATEUR NIGHT AT THE DIXIE BAR AND GRILL is not to be confused with 1986’s AMATEUR NIGHT, a low-budget Florida film with almost the exact same plot. It’s also pretty good!)